“Happiness” is the most desirable aspect in this world. All of us are trying to pursue it but few people can find it. Cambridge defines the word happiness as the feeling of being pleased or happy, while the Oxford dictionary describes an instance or source of pleasure or contentment. However, the actual definition is very subjective and changes according to stages of our life. It is true that people indeed want lives filled with love and fellowship, not with stress and separation. People want communities that truly have their back, not let the powerful prey on them. Everyone has his/her own ways of finding happiness. Top-ranked university admission, successful career, meaningful family life and financial solvency are just some indicators. On the other hand, health, standard of living, culture and community engagement and psychological well-being also matter a lot in our life. Yet, it is extremely difficult to bring all the desire components into the individuals’ life. Therefore, whatever the things we achieved in our life we should be grateful for this because acceptance is the biggest component of happiness. Having said this we should try to develop a resilient character so that we can deal with any situation of our life.

Happiness is the one thing we are all chasing. Once it was only perceived as a spiritual experience. Today Happiness is an industry worth over 4.2 trillion dollars. In the last 3 years, 3.4 million people took an online course for happiness. Nowadays, social media are flooded by posts with the hashtag happiness. There is merchandise that is selling happiness with big bold letters on notebook covers reminding you to choose happiness.

Happiness is a lifelong process that includes peace of mind, the tranquility of heart, contentment of the world and everlasting bliss hereafter. Pursuit of happiness is also a component of the US declaration of independence. Today more than 200 universities in the world including the University of Cambridge have research institutes dedicated to studying happiness.

According to the world happiness report, there are six key ingredients for national happiness: income, healthy life expectancy, social support, freedom, trust and generosity. In 2021, Bangladesh with a happiness score of 5.025 was ranked 101st among 149 countries of the world, while India, Pakistan, and Sri Lanka placed 139th, 105th, and 129th respectively. Finland, for the fourth straight time, secured the first place while Afghanistan came out at the bottom of the annual list prepared from data compiled by the Gallup World Poll. The US was placed 19th while the UK and Australia were in 17th and 11th positions. Due to the ongoing Covid-19 pandemic, the researchers focused on the relationship between wellbeing and Covid-19 to judge countries in light of the new normal.

In Finland, the world's happiest country, people spend more time in nature. Their school system is one of the fairest in Europe and produces some of the best results, leading to more opportunities for young people. Even the poorest people would get the best education and health care, and no one needs to be homeless. Finnish people love swimming, reading and eating well. Nordic countries consistently ranked at the top of the list. The common factors among those countries are life satisfaction, social support, freedom to make choices, and lack of corruption. Japanese happiness is linked to good luck and social harmony. In the US, happiness links freedom and personal achievement.

Costa Rica a country with no military has ranked 16th in the happiness index.  Researchers have identified Costa Rica's primary sources of happiness as renewable resources— strong social bonds, a clean environment and investment in education. Costa Rica shows us government policy can play a big role in inducing happiness. On December 1, 1948, President José Figueres Ferrer of Costa Rica abolished the military after achieving victory in the civil war, and resources were diverted to security, health education and culture. Today Costa Rica spends 8% of its GDP on education. World happiest country Finland was named as the world’s most literate nation in 2016. Clearly, education can and does play a role in happiness as do government policy.

New Zealand ranked ninth on the list. In 2019, the PM Jacinda Ardern’s government released its first “wellbeing budget”, which, rather than bowing to economic metrics such as GDP, used a much broader range of outcomes, including human health, safety and flourishing, to assess the success of policies. Canada, 14th on the list has one of the most progressive indicators of national well-being. Happiness is closely linked to the well-being of society. A happy worker is a better worker. In 2016, the UAE appointed a minister of state for happiness.

In 1972, King of Bhutan Jigme Singye Wangchuck stated that the country would follow the new development philosophy of gross national happiness. The king believed that people’s happiness does not depend on the nation’s economic possessions. Buddhist values encourage people to focus more on what they have than what they do not. Perhaps, this is why people are extremely friendly, gentle, and hospitable. Gross National Happiness Index is instituted as the goal of the government of Bhutan in the Constitution of Bhutan, enacted on 18 July 2008. According to the Bhutanese government, the four pillars of GNH are sustainable and equitable socio-economic development; environmental conservation; preservation and promotion of culture; and good governance. Bhutan closely monitored citizen’s happiness as its most precious commodity. It is the duty of the government to ensure the well-being of the people and not just create well.

Although Bangladesh is quite at the bottom of the list, we do have some great policies and initiatives to ensure the happiness of the people. Here education and health are completely free. Anyone can achieve a university degree or bypass surgery of the heart with zero cost. The world’s largest government housing project, a prime minister’s initiative to house and rehabilitate as many as 900,000 homeless people in the country, and certainly one of the most remarkable development projects has been implemented during the three consecutive terms of Sheikh Hasina. If we can remove or mitigate the corruption from society, definitely our rank will improve in the happiness index.

Happiness remains one of the least understood and most subjective terms in the world. A good cup of coffee or a packet of biryani is happiness, a good movie is happiness, an evening well spend is happiness, and the end of lockdown is happiness. It is actually that simple and attainable, and yet it is complicated and seemingly hard to get. We use comparison to measure happiness. Who is responsible for ensuring happiness? Is happiness a personal choice or does the government has a role to play in inducing happiness? A lot of us think money and travel equal happiness. Science says we cannot buy happiness, as it is eudemonic. Chinese people believe that relentless pursuit of happiness or too much happiness can bring unhappiness.

Happiness is one of the strongest emotions and it is easier to find than we think. Happiness is being asked by someone who cares how you are doing, mother's hug or father's lap, cuddling someone before you have to get up and start your day, watching the sunset or the sunrise, eating healthy and tasty food that makes you feel good about yourself.  Happiness is smiling at a child you see in public, spending some time with your pets, giving you a genuine smile to a stranger, laughing aloud at a funny memory. Happiness is finding a perfect pair of shoes, listening to your favorite artist or album, happiness is learning a new language, watching your team win a match, happiness is finding an old notebook or an aged old photo, a job offer. Happiness is reaching the last page of a book you have been trying to finish, taking the time to help someone with their problems, holding hands with someone you love, a meaningful long hug from somebody you care. Happiness is personal, happiness is unique and it is out there for everyone.

The writer is an education, health and development worker 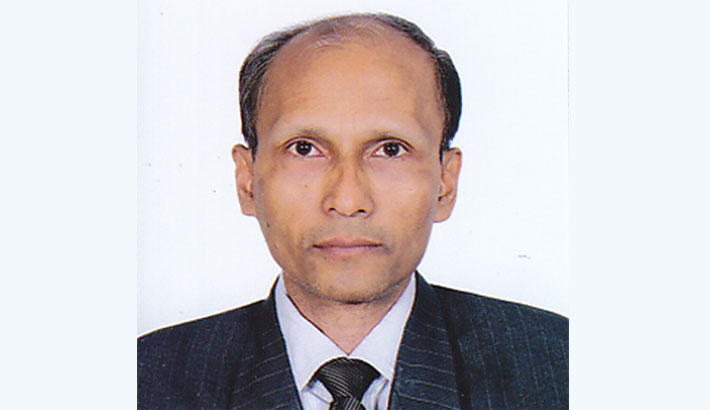 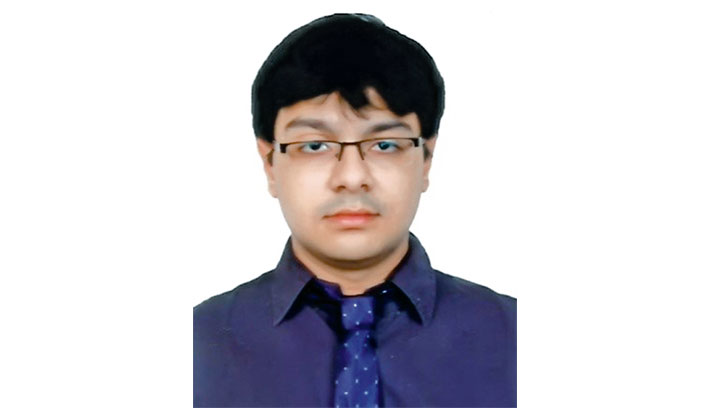