Bangladesh will need something extraordinary on the final day to win the first Test against Pakistan after the visitors found themselves in favourite position after the end of fourth day’s play in Chattogram on Monday.

Pakistan openers – Abid Ali and Abdullah Shafique struck unbeaten 56 and 53 runs respectively as they finished the day at 109-0 and they will only require 93 runs more today to go 1-0 up in the two-match series.

Earlier, Pakistan pacer Shaeen Shah Afridi made the most of the damage in Bangladesh’s second innings as he claimed 5-32 while Sajid Khan (3-33) and Hasan Ali (2-52) shared the other five wickets between them as they bowled the hosts all out for 157 runs in the second innings to set for a target of 202 runs.

Liton Das, who struck hundred in the first innings, made the highest 59 runs for the Tigers in the second innings.

Bangladesh, who resumed on 39-4, lost their overnight unbeaten Mushfiqur Rahim (16) in the third ball of the day. 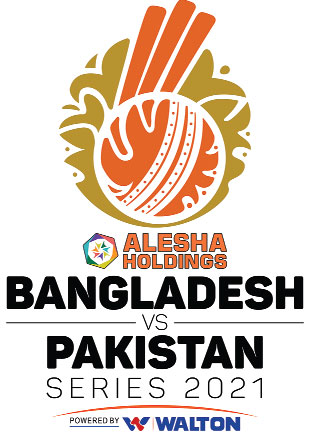 Mushfiqur made a big judgmental error by leaving Hasan’s in-swing delivery that uprooted his stumps making him leave for the pavilion.

Debutant Yasir and Liton then put up a 47-run partnership for the sixth wicket before Yasir left the field injured.

Yasir, who made 36 of 72 balls, was struck on the helmet by Shaheen Afridi when he ducked to leave the ball that didn’t rise as per his expectation.

Later, Yasir was replaced by Nurul Hasan as a concussion substitute in the game, who went on to make 15 runs.

Liton, who survived a stumping chance on eight by Mohammad Rizwan off Nauman Ali, completed his 10th Test fifty but he was trapped in front by Shaheen, who bowled Abu Jayed (zero) two balls later to complete his third five-wicket haul in Test cricket.

Mehidy Hasan made 11 runs while the three tail-enders couldn’t add a single run to the Tigers’ tally as Bangladesh lost their last four wickets for just four runs which saw them giving Pakistan a target of just over 200 runs.

Pakistan’s opening duo – Abid and Shafique went into the tea break on 38-0 and they continued frustrating Bangladesh bowlers in the last session with adding more 71 runs without losing their wickets.

Bangladesh earlier on day three earned a 44-run lead in the first innings after bowling out Pakistan for 286 in reply to their score of 330.

Will talk to Tamim: Mahmud

No sunshine, dew impacts on BPL