Bangladesh lost their initial advantage against Pakistan on the second day after getting all out for 330 runs in their first innings at the Zahur Ahmed Chowdhury Stadium on Saturday.

Pakistan openers – Abid Ali (93 not out) and Abdullah Shafique (52 not out) then piled more miseries on Bangladeshi bowlers as they finished the day at 145-0 to take the visitors in a commanding position during the first of two-match Test series in Chattogram. 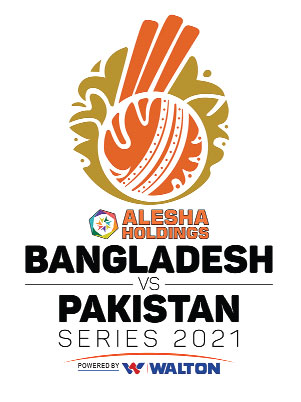 The Tigers, who resumed on 253-4, could only add 77 runs to their overnight score with losing their remaining six wickets to get bundled out within the first session of day two.

Pakistan pacer Hasan Ali was the star performer for the visitors finishing with 5-51 – his sixth five-wicket haul in a Test innings while other pacers Shaheen Shah Afridi and Faheem Ashraf took two wickets each.

Bangladesh began the day on a disappointing note as they lost Liton Das (114) in the second over of the day after he was trapped in front by Hasan.

Debutant Yasir Ali (four) got off the mark in international cricket by hitting Shaheen a boundary but he was bowled by Hasan in the next over that ended his debut innings.

Overnight batsman Mushfiqur Rahim was then dismissed on 91 – his fourth nervous nineties in Tests – after he was caught behind off Faheem’s bowling.

Mehidy Hasan then struck an unbeaten 38 off 68 balls that took Bangladesh over the 300-run mark but Hasan got rid of Abu Jayed and Ebadot Hossain in successive deliveries to end Bangladesh’s innings as well as complete his five-for.

However, the highlight of Bangladesh’s innings on the second day was Pakistani pacer Hasan’s using his saliva to shine the ball during the 92.2 overs of their first innings which raised quite a few eyebrows.

The ICC earlier announced a temporary ban on applying saliva to shine the ball back in March 2020 when the Covid-19 pandemic hit worldwide as it was identified as one of the agents for the contamination of the deadly virus.

A BCB official later informed that it wasn’t probably intentional and if they had seen first then they would have made the ball germ free. He also claimed that they have asked the umpires to have a close look at these things from now on.

After getting all out Bangladesh cheaply on day two, Pakistani openers frustrated Bangladeshi bowlers the whole day as the hosts failed to take any wicket in the remaining two sessions.

Bangladesh came close to dismissing Shafique in the 13th over of their innings after he was trapped leg-before by Taijul Islam.

The on-field umpire gave it not out after the appeal from Bangladeshi fielders but they also then decided against reviewing the decision.

The reply showed the ball didn’t hit the bat of Shafique and the batsman would be given out if Bangladesh took the review and it left them lamenting for the act during the remaining day.