Liton Das struck a brilliant maiden Test ton while Mushfiqur Rahim made unbeaten 82 runs as Bangladesh found themselves on top position during the first Test against Pakistan at the end of the opening day’s play in Chattogram on Friday.

Liton scored an unbeaten 113 off 225 balls with 11 fours and a six and put up a massive 204-run stand with Mishfiqur for the fifth wicket that helped the Tigers finish the first day at 253-4 in 85 overs at the Zahur Ahmed Chowdhury Stadium.

Bangladesh earlier were reduced to 49-4 in the first session after they elected to bat first in the first of two-match Test series.

Bangladesh batsman Yasir Ali made his international debut through the match while Pakistani batsman Abdullah Shafique also made his Test debut in the match. 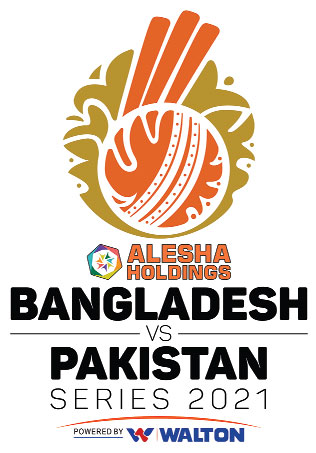 The Tigers, who conceded a 0-3 hammering in the preceding T20I series owning to their miserable batting efforts, demonstrated similar performance in the first session as they lost four wickets within the 17th over of their innings.

Opener Saif Hassan was the first man to get dismissed on 14 in the fifth over by Shaheen Afridi while Shadman Islam followed him soon by getting bowled by Hasan Ali after making an identical score.

Najmul Hossain Shanto and skipper Mominul Haque couldn't make their mark in the innings as both were dismissed after making 14 and six runs by Faheem Ashraf and Sajid Khan respectively and it looked like the hosts were heading towards a huge embarrassment in the match as well.

Mominul’s dismissal had to be reviewed as the umpire didn’t pick the edge but UltraEdge showed a clear spike to send the skipper packing for a single-digit score.

The onus was then on Liton and Mushfiqur - the two wicketkeeper-batsmen who recently received huge criticism for not delivering in the field and also were dropped from the T20 side for their dismal performance in the T20 World Cup.

Both the players started cautiously and saw off the first session without losing their wickets.

After lunch, both the players started to come out from their shells and they initially targeted the spinners for boundaries and also carefully handled the Pakistani pacers.

Both completed their fifties in the second session and put up 102 runs that helped the Tigers recover from early losses.

Both Liton and Mushfiqur disappointed the Pakistani bowling attack In the final session as well as they smashed them all over the ground and took Bangladesh score over the 250-run mark.

Liton, who had nine fifties before the innings and was dropped on 67 in the innings, hit Nauman Ali for a tight single to complete his first Test hundred which also came as a huge relief for the batsmen, who was much consistent in the longer version this year, unlike the shorter formats.

Mushfiqur, on the other hand, played his part as both took their partnership stand to over the 200-run mark - the second-highest partnership record for Bangladesh against Pakistan in Tests.

The day’s game had to be stopped earlier than the scheduled time by the umpires due to the bad light and as a result, the second day’s play will start half an hour earlier.

However, Liton and Mushfiqur won’t mind it as they know if they can continue playing like this, Bangladesh will end with a big first-innings score over the visitors.