US Secretary of the Air Force Frank Kendall has lauded Bangladesh Army’s peacekeeping and humanitarian operations that have earned global acclamation.

He lavished praise on Bangladesh at a reception hosted by the Embassy of Bangladesh in Washington DC, marking the Armed Forces Day on Monday.

Chief of Air Staff Air Chief Marshal Shaikh Abdul Hannan, who is now on an official visit to the USA, was present as the chief guest at this event while Frank Kendall attended it as guest of honour, said the Bangladesh Embassy in Washington DC on Wednesday.

Kendall also remarked that Bangladesh and the US shared similar views on global norms in regard to access to space, exploration and research.

Ambassador of Bangladesh to the USA M Shahidul Islam paid deep tribute to the architect of Bangladesh, Father of the Nation Bangabandhu Sheikh Mujibur Rahman, and recalled the bravery and supreme sacrifice of the valiant freedom fighters — both military and civilians.

He highlighted the role Bangladesh Armed Forces has played in fighting the Covid-19 pandemic as part of the government’s efforts.

Shahidul Islam noted with satisfaction the multifaceted cooperation between the armed forces of Bangladesh and the United States in terms of UN peacekeeping operations, sharing knowledge and experiences, training, procurement and exchange of visits, etc.

Air Chief Marshal Shaikh Abdul Hannan underscored the friendly and cooperative relationship between the US Armed Forces and the Bangladesh Armed Forces that is reflected in their regular engagements in various bilateral and multilateral fora.

He expressed hope that his visit would further strengthen the long-lasting ties between the two countries.

Defence attaches from a number of countries, diplomats, senior officials from the Pentagon, Department of State, and other US organidations, Bangladeshi diaspora and embassy officials attended the event. 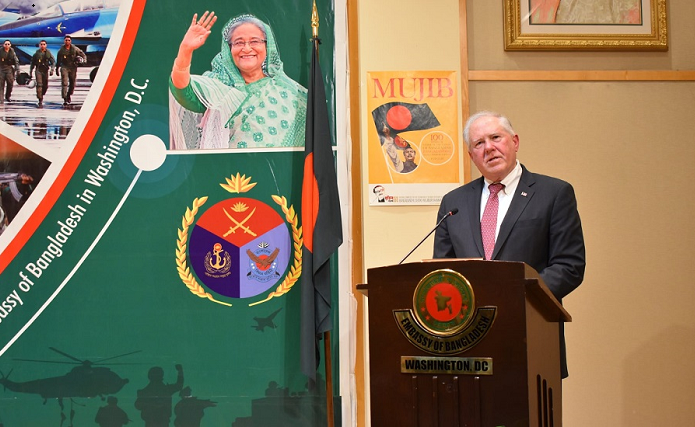 The US praises Bangladesh's Peacekeeping Forces and Humanitarian Operations 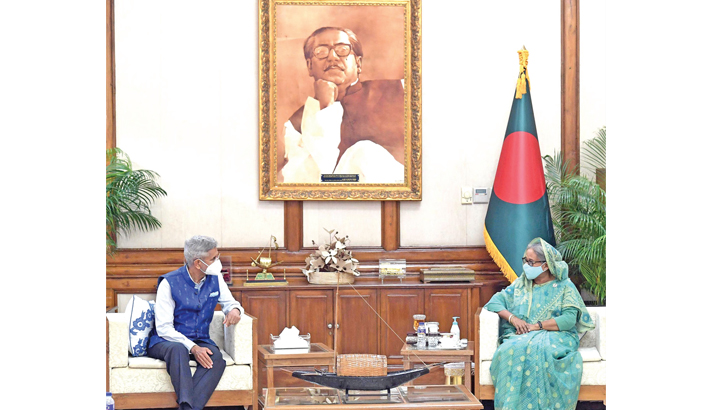 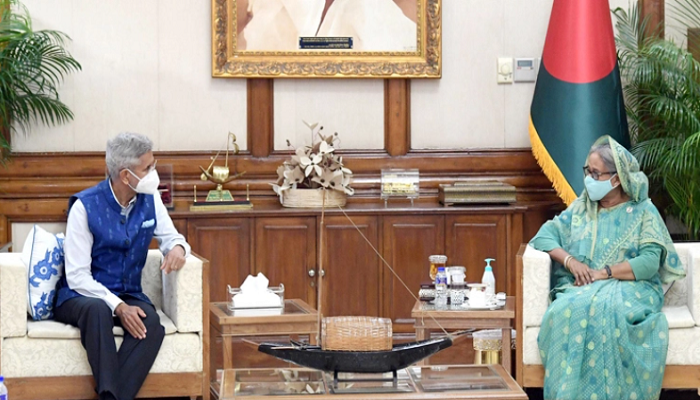 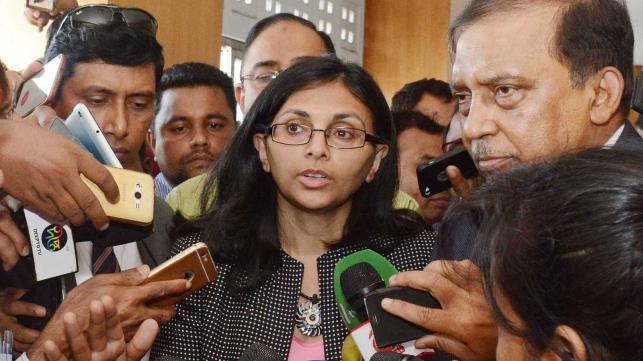 Biswal praises efforts to protect US citizens in Bangladesh