The Institute of Post Graduate Medicine and Research (IPGMR) was established in December 1985 turning the first three-star Shahbag Hotel in Dhaka into a medical institute with the aim of providing post-graduate courses in medical education and health services. Although the institution was responsible for post-graduate education and research, it did not have the capacity to award degrees. At that time, the degree was awarded by Dhaka University. The University of Dhaka used to offer MBBS degrees in many medical colleges and oversee IPGMR activities.

Prime Minister Sheikh Hasina promoted the then IPGMR as Bangabandhu Sheikh Mujib Medical University by passing a law in parliament on 30th April 1997. Sheikh Hasina established the first independent public medical university in Bangladesh. During the time of M.A. Kaderi, the first Vice Chancellor of the university, I first served as the Deputy Registrar (Administration), (Acting Registrar). Later I served as the Director (hospital). I also served as the Dean of the Faculty of Public Health. I have been a member of the Syndicate and Academic Council for a long time. I played a leading role in the formation of Shadhinata Chikitsak Parishad in this university and I was the founding president. From 2015-2016, I served as the Pro-VC (Administration) of the university. As such, since the establishment of the university, I have been in charge of the university in various ways. Most recently, on March 29, by the grace of almighty Allah, Prime Minister Sheikh Hasina nominated me as the Vice Chancellor of Bangabandhu Sheikh Mujib Medical University for the next three years and President of People’s Republic of Bangladesh Mr. Abdul Hamid appointed me. I have taken over as the Vice-Chancellor at a difficult time when the whole world, including Bangladesh, was in turmoil. I seek blessing from the people of the country so that I can fulfil my responsibilities properly in this difficult time.

Through the great liberation war, the independent sovereign People's Republic of Bangladesh was achieved in exchange for the blood of 3 million martyrs and the honour of 2 lac mothers and sisters. When the great architect of independent Bangladesh, Father of the Nation Bangabandhu Sheikh Mujibur Rahman took initiative for the overall rehabilitation and development of the health system of newly independent Bangladesh, Bangabandhu's personal physician Prof. Dr. Nurul Islam was given the overall responsibility of the development of the then IPGMR. Once Begum Fazilatunnesa Mujib was admitted to the then IPGMR. Bangabandhu came here at that time and recommended the introduction of higher education and research in medical education and further development of IPGMR and establishment of BCPS for the development of medical education and specialist physicians in the country.

Bangabandhu established the first Blood Bank at the then IPGMR to provide a safe blood supply to the people in need of blood. He was the first to elevate the status of doctors in this country and promoted them from second-class to first-class officers.

Prior to the establishment of Bangabandhu Sheikh Mujib Medical University, 13 government and 5 private medical colleges and 5 post-graduate educational institutions, including NIPSOM, were not able to play a significant role in improving the quality of medical education, research and services in the country. Bangladesh Medical Association has been demanding the establishment of an independent and research-rich medical university in the country since independence and the autonomy of all medical colleges for the development of medical education in Bangladesh, especially higher education. It is to be noted here that the demands of the doctors were also mentioned in the 11 points given by the Chhatro Shangram Parishad in the student movement of 1969. Bangladesh Medical Association, Bangladesh Medical Teachers Association Federation and IPGMR Teachers Association have played a strong role in the movement to establish an independent and research-rich medical university. I consider myself fortunate to be able to take an active part in the university establishment movement by being directly involved with every organisation.

21 years after the assassination of Bangabandhu, Prime Minister Sheikh Hasina got the responsibility of running the government. The medical community of this country found a ray of hope. With the establishment of Bangabandhu Sheikh Mujib Medical University, the People's leader Sheikh Hasina initiated a groundbreaking advancement in the field of higher medical education in this country as well as implementing the long-standing demands of the medical community. The medical community will forever remember the contribution of Sheikh Hasina in establishing the first independent public medical university in Bangladesh. Also the contribution of a close associate of Bangabandhu and the then Health Minister late Salahuddin Yusuf, State Minister for Health Prof. Dr. M Amanullah and Health Secretary Mohammad Ali were significant.

The BNP-Jamaat alliance government took the initiative to conduct IPGMR. The then government’s tail-based medical organisation DAB and staff group filed various lawsuits against those of us who contributed to the establishment of the university. Against such a disgusting decision, all the professionals of the country, including teachers, doctors, officials and employees of universities, raged and staged demonstrations. Because of intense agitation, the BNP-Jamaat government was forced to back down from their decision. However, out of anger, the name of the Father of the Nation was removed from the nameplate of the university and briefly introduced by writing BSMMU. They even took the initiative to move this university from Dhaka to Gazipur, Tungipara or any other place. With the overwhelming support of the people of this country, again in 2006 Bangabandhu's daughter Sheikh Hasina took the initiative to turn Bangabandhu Sheikh Mujib Medical University into a centre of excellence. For the expansion of the university campus, she made a permanent arrangement for the land of Betar Bhaban adjacent to BIRDEM and 12 bighas of land on the north side of the hospital. She allocated 525 crore taka for the overall development of the university. With the direct assistance and direction of the prime minister, it has been possible to expedite the expansion of new Cabin Block, Oncology building, new Outpatient Department, modern ICU, OT complex and Medical Convention Centre.

For the welfare of the freedom fighters, Prime Minister Sheikh Hasina has taken various programmes, including providing allowances to the freedom fighters, introducing quotas in various fields. As part of this, Muktijoddha Cell has been formed aiming at providing treatment to freedom fighters as free of cost and some diagnoses at low cost. Separate cabins have been provided to them. At present, the monthly honorarium of the private students who get a chance in the residency programme has been increased from ten thousand taka to twenty thousand taka.

With direct cooperation of the government, an initiative has been taken to set up a 1000-bed Korea Friendship Specialised Hospital with financial and technical assistance from the Korean government, which is another success of this government.

Since joining on March 29, 2021, I have taken a number of practical steps. One of them is to increase the number of ICU beds and increase the number of new Covid beds in Betar Bhaban. I launched the Genome Sequencing Project at the university to treat and prevent coronavirus outbreaks. This has helped us to identify current variants, new mutations or foreign variants. We have set up separate booths for journalists and adults to get vaccinated. We have arranged for on spot registration for people who are unable to use the technology to Covid test. The road between Outdoor-1 and Outdoor-2 has been cleared of rickshaws and CNG; car parking inside the university has been freed; and cleanliness has been strengthened everywhere in the university. I have made changes in some administrative posts to speed up the administrative work.

The main function of the university is to provide advanced and high-quality medical education, medical services, acquisition of research-based knowledge and preparation and training of health workforce.

My plan as a Vice-Chancellor for the way forward

•           Utilisation of Betar Bhaban through improved planning and construction of Bangabandhu Memorial Museum, which will be inaugurated on March 06, 2022.

•             To meet the medical expectations of the people at the national level by providing advanced medical services to the patients referred from other medical institutions. Introduce highly improved medical system so that no patient goes abroad.

•             Health cards for university staff have not yet been introduced which is very disheartening. I will introduce health card very soon.

•             I will increase the quality of food by improving the Nutrition Department of the university.

•             I will provide ceiling (roof) from block-B to block-D and from the mosque gate to the Oncology building to alleviate the suffering of the patients during the monsoon.

I will do whatever is necessary for the development of the university in the future. I will establish this university as a role model in the heart of the world. This is my commitment as Vice-Chancellor of Bangabandhu Sheikh Mujib Medical University.

Everyone hopes that Bangabandhu Sheikh Mujib Medical University will rise to the top of the world as an international standard university by providing international medical services, education and research through international network connectivity. With the sincere cooperation of honourable Prime Minister Sheikh Hasina and the dedicated efforts of all, we will succeed in our action plan, Inshallah.

The writer is the Vice-Chancellor, Bangabandhu Sheikh Mujib Medical University 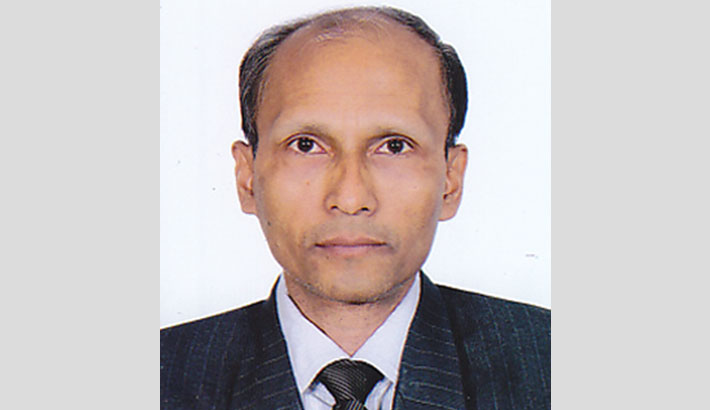 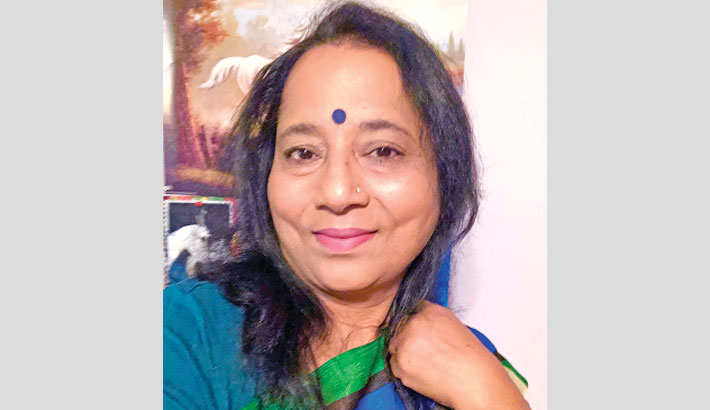