Bangladesh T20I skipper Mahmudullah on Monday said that he respected the decision of the umpires that nearly changed the course of the game against Pakistan in the series-concluding third T20I match at the Sher-e-Bangla National Stadium. 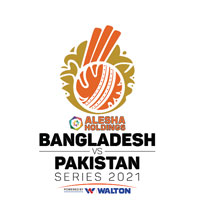 Mahmudullah nearly changed the scenario of the match in his only over of the match as he took three wickets in the last over but in the end it wasn’t enough to give his side a victory over Pakistan.

When Mahmudullah released the fifth ball, Pakistan batsman Mohammad Nawaz pulled out from his stance and the ball went straight and hit the stumps.

It created quite a stir as the umpire called it a dead ball considering the ball was already released by the bowler.

“I just asked the umpire whether it’s a fair ball or not because he (Newaz) pulled out late. I just asked this to umpire nothing else,” Mahmudullah said after the game.

“Umpire’s call is the final and we do respect umpires,” he said, adding that he was disappointed to lose the match in such a way.

‘’It’s a little bit heartbreaking. We went closer but unfortunately, it didn’t happen,” he added.

Mahmudullah also backed Mohammad Naim’s (47 off 50 balls) slow batting as he believed that they needed partnership at that time.

“I think we needed a good partnership that time and Naim played well. The partnership between Naim and Afif was important,” he said.

Mahmudullah also claimed that the wicket was much better from the previous two series and added that they did everything possible but couldn’t earn the much needed win.

“Wicket was pretty good in this series compared to the last home series against Australia and New Zealand,” said Mahmudullah.

“Actually if we had won one or two matches, the confidence level of the team would have been better. Our dressing room was cheerful during the Australia and New Zealand series.

“Players feel bad when the team concedes a defeat. I think all the players tried hard and gave their best. Unfortunately, the result didn’t come in our way,” he added.