Bangladesh lost their advantage in the dying overs to concede a four-wicket defeat to Pakistan in the three-match T20 international series opener at the Sher-e-Bangla National Stadium in Mirpur on Friday.

The Tigers, who made 127-7 after electing to bat first, had the match in their pocket after reducing the visitors to 96-6 in the 17th over.

However, Pakistani lower-order batsmen - Shadab Khan and Mohammad Nawaz made unbeaten 21 off eight balls and 18 off eight balls respectively to steer their side home with four balls to spare.

Bangladesh, who had to defend 31 runs in the last three overs, brought in their most experienced pacer Mustafizur Rahman in the 18th over and at that time, Shadab and Nawaz had only faced four deliveries between them.

Mustafizur, who conceded only 11 runs in his first three overs, was smashed for a four and six respectively by Shadab within the first three balls while Nawaz hit him for another four (total 15 runs) in the last ball of the over that made the equation to Pakistan’s favour. 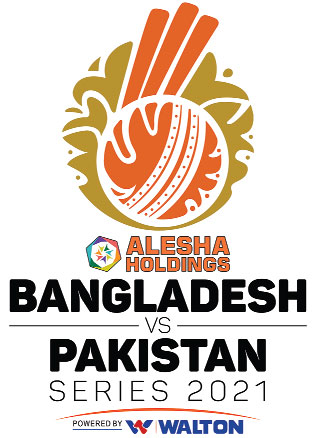 Another pacer Shoriful Islam then conceded 15 runs including two big sixes hit by Nawaz in the penultimate over while leg-spinner Aminul Islam, who was used only in the last over, was smashed for a six by Shadab in the second ball as Pakistan overcame a big scare to reach 132-6 and go 1-0 up in the series. The Tigers, who earlier were reduced to 25-3 in the power-play, could have only finished with a mediocre total after Afif Hossain struck 36 runs while Nurul Hasan and Mahedi Hasan made 28 and unbeaten 30 runs respectively at the end of their innings.

Afif, who received a lifeline on 19 after taking a review off Shadab, smashed Nawaz two successive sixes but he was soon dismissed by Shadab in the 13th over.

Nurul, Mahedi then struck a few big shots in the next overs to help Bangladesh cross the venue’s average first innings total this year (119) before Taskin Ahmed smashed a big six in the last ball of Bangladesh innings that gave the bowlers something to fight with.

Mustafizur gave Bangladesh the first breakthrough in defending the total when he bowled Mohammad Rizwan on 11 in the third over while Babar Azam (seven), Haider Ali (0) and Shoaib Malik (0) all departed cheaply leaving Pakistan struggling at 24-4 in the power-play.

Fakhar Zaman and Khushdil Shah then made 34 runs each and put up a 56-run stand for the fifth wicket to bring the visitors back in the contest before Taskin, who was the most successful Bangladeshi bowler on the day with 2-31 and Shoriful removed both the batsmen to increase Bangladesh’s chance in the match.

However, Shadab and Nawaz then demonstrated a sublime hitting display to hand the hosts a defeat in the contest.

The second match of the series will take place today at the same venue.