Ten moments from the T20 WC

Australia won the T20 World Cup on Sunday with an eight-wicket victory over New Zealand. AFP Sport looks back at 10 standout moments of the tournament:

Campher claimed a hat-trick and then struck again to return figures of 4-26 as Netherlands were dismissed for 106. He became only the third bowler in T20 International history. 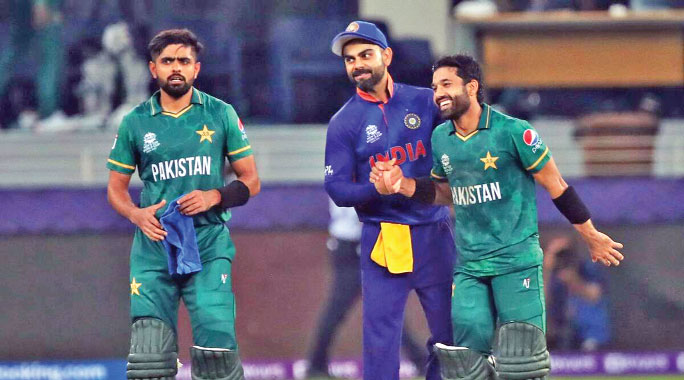 Babar Azam and Mohammad Rizwan smashed unbeaten half-centuries as Pakistan crushed India by 10 wickets to register a first win over their arch-rivals in a T20 World Cup.

Quinton de Kock withdrew from South Africa's match against the West Indies after refusing to take the knee.

The 28-year-old's shock decision came just hours after Cricket South Africa (CSA) had ordered all of their players at the tournament to take part in the anti-racism gesture.

De Kock apologised two days later and said he would be happy to join the rest of the team in making a stand.

India captain Virat Kohli launched a blistering attack on "spineless" and "pathetic" fans, reserving particular vitriol for the trolls who blamed Mohammed Shami, the only Muslim player in the squad, for the loss to Pakistan.

"There's a good reason why we are playing on the field and not a bunch of spineless people on social media that have no courage to actually speak to any individual in person," said Kohli. "Attacking someone over their religion is the most pathetic thing that a human being can do."

England made it four wins in four after Jos Buttler hit the first century of the World Cup in a 26-run victory over Sri Lanka. Buttler's unbeaten 101 steered England to 163 for four.

Hasaranga -- a star is born?

Sri Lanka may have been knocked out in the Super 12 stage but their youthful team are already being talked of as potential champions at the 2022 World Cup in Australia. Wanindu Hasaranga, their leg-spinning all-rounder, stood out with 16 wickets at an average of under 10.

West Indies skipper Kieron Pollard lamented the "end of a generation" as Dwayne Bravo brought the curtain down on his international career with Chris Gayle almost certain to join him in calling it quits. Defending champions West Indies were defeated by Australia by eight wickets in their final group game, their fourth loss in five matches.

Pakistan's Mohammad Rizwan top-scored with 67 in the semi-final loss against Australia despite spending two days in a hospital intensive care unit due to a chest infection.

New Zealand batsman Devon Conway was ruled out of the final after breaking his right hand when he punched his bat on his dismissal for 46 in the semi-final win over England. 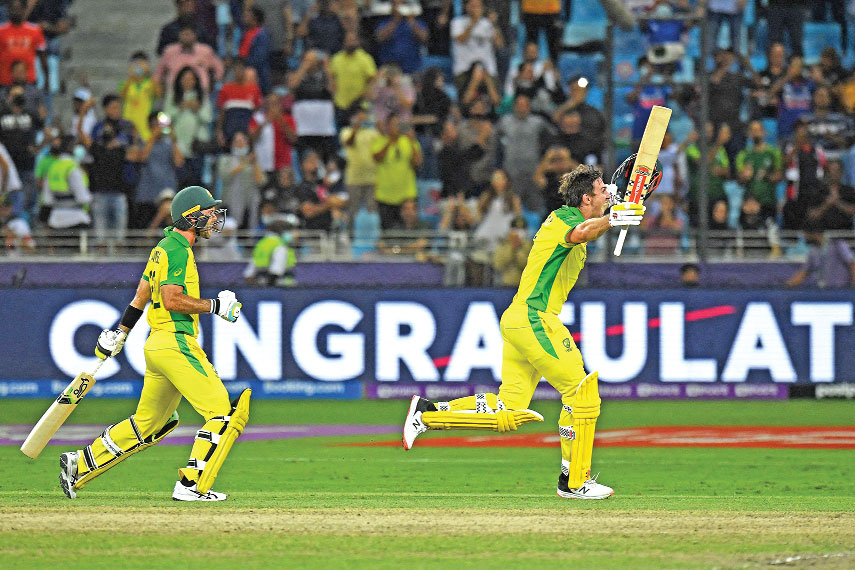 Mitchell Marsh smashed an unbeaten 77 as Australia hammered New Zealand by eight wickets to clinch their maiden Twenty20 World Cup title with captain Aaron Finch describing the achievement as "huge". Australia now have a T20 crown to add to their five 50-over World Cups.

ICC Most Valuable Team of the Tournament

No cricketer from Bangladesh, India gets selected

No player from Bangladesh and India could make it to the ICC T20 World Cup ‘Most Valuable Team of the Tournament’ that was announced by the ICC on Monday. The team comprised players from six different countries, including Sri Lanka and South Africa, with Pakistan’s Babar Azam being named captain of the team.