UP Chairman Killing in Ctg

CHATTOGRAM: Members of Rapid Action Battalion (RAB) on Saturday night arrested a fugitive convict who was shouldering death sentence in a murder case filed in connection with killing a former union parishad (UP) chairman of Satkania upazila in the district.

The arrestee was identified as Bashir Ahmed, 56, of Rupkania area under the upazila. He is also the vice-president of Awami League Satkania upazila unit.

Later, he was handed over to Satkania police station for legal steps, said the AD.

Basher was also accused in several cases filed with Satkania, Lohagara and Lama police stations on different charges, he added.

Mentionable, former UP Chairman Amzad Hossain was shot dead in front of Mirzakhil Darbar Sharif under the upazila on October 3 in 1999. 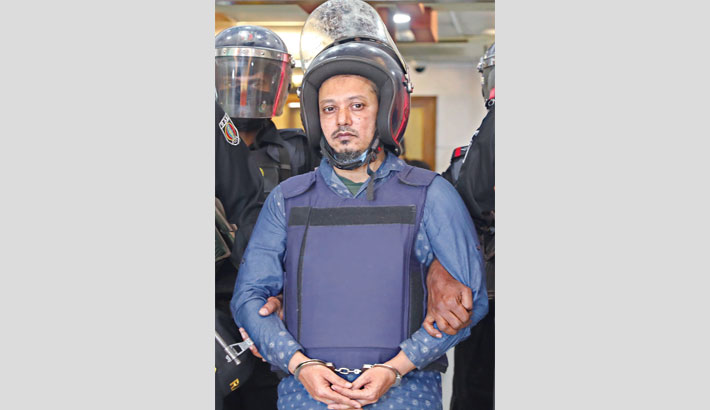