Sufferings of the low-income people are on the rise due to rising commodity prices. There is no commodity in the market, starting from rice, pulses, edible oil, cooking gas, onions, vegetables, the prices of which are not skyrocketing. There is no denying that our standard of living has improved, wages have risen, as a result, income has also increased but uncontrolled and unbridled rise in commodity prices is making public life unbearable. Low-income earners are running out of money to buy the basic necessities of life. They no longer have the money to spend on health, medical care, education, etc.

The price of essential commodities has increased several times more than the rate at which income has increased. The only reason is that the concerned authorities have no effective control over the market; no market monitoring and remedies accordingly. The most difficult situations in rising commodity prices are the low-income, retired honest government employees, the elderly and the marginalized. Most seniors are in the most difficult situations. The condition of the employees who have spent their lives honestly is even more deplorable. Because their only savings in working life is pension or gratuity money. They have bought savings certificates with the money of the last resource of life. They have to carry out their family life completely with the profit money of these savings certificates.

In fact, the government has no control over the market. Traders are syndicating and increasing the prices of essential commodities under various pretexts, causing misery to the common people. Once the price of a product goes up, it does never go down. Although various government agencies are working in this regard, the wild horse of commodity price is not coming under control as it does not play an effective role. There is an organization called Consumers Association of Bangladesh (CAB), but their activities are not so noticeable. Although it was established to protect the rights of consumers, in reality the extent to which they are protecting the rights of consumers is a matter of question. Besides, it is being noticed that many exporters are exporting various types of products including vegetables in the hope of making extra profit without meeting the demand of the country and the government is not supervising the matter.

Economists consider inflation to be the biggest enemy of the economy, because inflation reduces people's purchasing power, increases the suffering of middle and lower income people and makes the living standards of consumers miserable. People are at once plunged into despair and social unrest increases. The rise in prices of daily commodities has also surpassed the volatility of inflation. But the recent rise in prices of onions, edible oil and gas has surpassed all past records. The price of onion in the wholesale market has recently almost doubled.

The problem is not ony with onions. Oil after onion and gas after oil are spreading heat. The vegetable market is also on fire. Consumers are burnt in the fire of commodity prices. After the Covid-19 epidemic, the income of all people has come down and many have lost their jobs. The low-income people are in a state of flux due to rising commodity prices. Farmers are also not getting fair prices of their produce. The beneficiaries are the middlemen and the syndicate. Their tyranny is so strong that they hold hostage retailers and consumers in general. No matter how much the government says they are controlling the market; in fact it seems that the syndicate is controlling the government. What the government is doing is nothing but drama. In fact, the government has no control over commodity prices. Farmers do not get a fair price by producing other crops including onions, so they lose their motivation. If the government had ensured fair prices and incentives for the farmers, the price rise would not have been so great.

At present, the prices of every essential commodity like rice, oil, onion, vegetables etc. are increasing. The traders make one excuse as the reason for the increase in the price of each product and the government also agrees with them. But there are some products that go up in price even though there is no shortage of supply. In other words, a group of miscreants called syndicates are remote controlling from behind and ordinary people are counting the cost. Cutting their pockets everyday, but no one to see the matter.

Expenditure on housing, transportation, medical care and education is also on the rise alongwith other necessities. The prices of public and private services are also rising. People's income is not increasing at the rate at which commodity prices are rising. The relationship of living with commodity prices is extremely intense. How a family manages their daily lives depends on their income, needs and commodity prices. When the price of every commodity needed is at a tolerable level and within the purchasing power of the common man, their lives become easier. On the other hand, when the prices of daily necessities become incompatible with the financial means of the common man, unrest begins in poor and extremely poor families. Therefore, due to the rise in commodity prices, on the one hand, the black shadow of misery descends on public life. On the other hand, a chaotic situation prevails in the country due to profiteers and black marketeers.

Due to the increase in commodity prices, no product is now available at a fair price. But this was not the case even a decade or two ago. People live their lives to the best of their ability. During the reign of Shaista Khan, the story of eight maunds of rice per unit money is like a fairy tale of the time. Even during the British rule, the country's commodity prices were under control. After the partition of the country in 1947, the situation in the country changed drastically, but the price of goods was within the reach of the common man. There is a relationship between social security and food security. Some even get involved in criminal activities out of the urge to survive.

In order to curb the rise in commodity prices, first of all, political stability must be ensured. If we can stop illegal smuggling and stockpiling, the price of goods will not increase. In an agrarian society like Bangladesh, it is necessary to increase agricultural production and ensure fair prices for the products produced. In this case, in order to get the best crop from the agricultural land, it is necessary to combine cultivation in a scientific way, improved seeds, abundant fertilizers and irrigation system. If the production of agricultural products increases, the prices will remain stable. The government must have strict control over the market. Strict punishment should be provided against the profit mongers. We have to keep the supply of products right by modernizing and starting production of the closed mills and factories in our country. The rampant corruption in the country must end. The biggest thing is that all the people of the country should be motivated by patriotism and give up their own interests and devote themselves to the welfare of the country.

Low-income people suffer the most as a result of rising commodity prices. Therefore, in order to protect their interests, it is necessary to ensure the supply of daily necessities. The government must have full control over the market. The people of the country must also strive so that the unscrupulous traders cannot increase the price of the goods at will.

The writer is a banker and freelancer 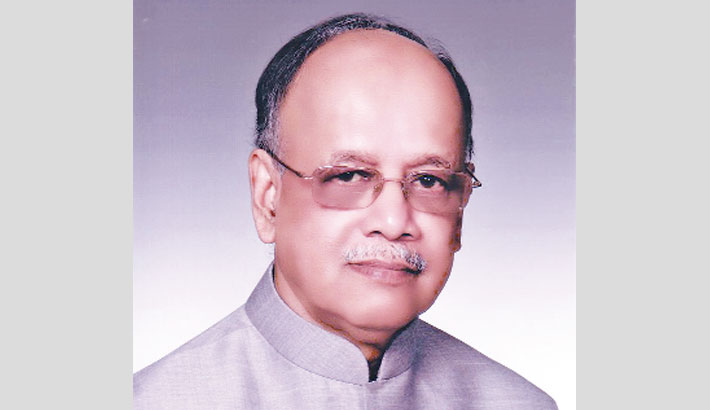