‘Ityadi’ first aired a report on his philanthropic activities in 1995

Rotary International honoured its six members, including Bangladeshi-origin Netherlands’s citizen Motalib Weijters, with ‘People of Action: Champions of Girls’ Empowerment’ on the occasion of International Day of the Girl Child on October 11.

Motalib, the founder of the Bangladesh Land Development Project Foundation (SLOPB), was born in Bauphal, Patuakhali.

Due to abject poverty, Motalib left home in 1976 at the age of five. Two years later, Motalib was adopted by a Dutch couple from a baby home in Dhanmondi and they took him to Holland.

After spending 17 years in Holland, Motalib visited Bangladesh in 1994 in search of his family. With the help of media personality Hanif Sanket, he found his long-lost family at Bauphal in Patuakhali.

In the report of ‘Ityadi’, Motalib expressed his desire to do something for the people of his village. 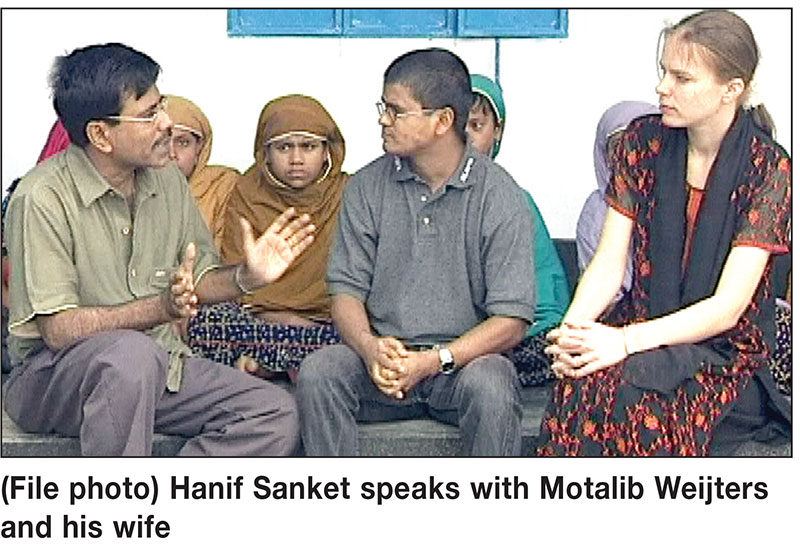 In 1995, Motalib visited Bangladesh again with his wife Ingrid and founded the NGO SLOPB in Bauphal. Through the organisation, Motalib worked on water and sanitation projects in Bangladesh and later he set up a hospital for mothers and children. He also established a cervical and breast cancer treatment center that offers services to women and girls in need.

‘Ityadi’ has aired follow-up reports on Motalib and his organisation multiple times. Motalib’s NGO is now providing services in eight upazilas. He has helped raise awareness about cervical cancer among 125,000 people through his hospital.