Bangladesh conceded a huge embarrassment in their last Super 12 match of the ongoing ICC T20 World Cup as they suffered an eight-wicket defeat to Australia to finish the tournament with empty hands in Dubai, UAE on Thursday.

Bangladesh witnessed yet another batting collapse as they were bowled out for just 73 runs in 15 overs – their lowest ever score in a T20 World Cup match and their second lowest overall in the format – after Aussie leg-spinner Adam Zampa finished with the career-best 5-19. 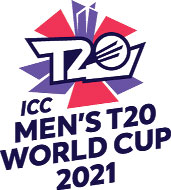 Mitchell Starc and Josh Hazlewood also complemented the leggie well by taking two wickets each earlier in the innings after they sent Bangladesh to bat first at Dubai International Cricket Stadium.

For Bangladesh, Shamim Hossain made the highest 19 runs while Mohammad Naim and Mahmudullah scored 17 and 16 runs respectively.

The rest of their batters were unable to reach the double figure with four of them being dismissed on nought.

Australian batters didn’t take long to finish the match as their openers Aaron Finch (40 off 20 balls) and David Warner (18 off 14 balls) put up a 58-run stand in just five overs before Taskin Ahmed and Shoriful Islam got rid of them.

Mitchell Marsh struck an unbeaten five-ball 16 as the Aussies reached 78-2 in just 6.2 overs not only to hand Bangladesh a big humiliation but also brightening their chances to qualify for the semifinal of the tournament.

Although both Australia and South Africa have the same six points, the former moves to the second position in Group 1 points table for having a better net run-rate.

England, who are currently leading the points table with four wins in four games, all but confirmed their spot in the last four of the ongoing tournament. Bangladesh, who were bowled out for just 84 runs in their previous game against South Africa, didn’t look to have overcome the trauma as they started to lose wickets from the third ball of their innings.

Liton Das, who had a miserable outing in the tournament, was bowled by Starc in the first ball he faced in the match while another out-of-form player Soumya Sarkar (five) followed him in the next over after he was played-on by Hazlewood.

Mushfiqur Rahim (one), Naim and Afif Hossain (0) all departed cheaply as Bangladesh were reduced to 33-5 in 6.1 overs and it looked like they would be getting all out before reaching the 50-run mark.

Skipper Mahmudullah and Shamim then put up a 29-run stand to bring some respite in the innings but since then it was all about Zampa, who took the remaining four out of five Bangladesh wickets to bowl them out with five overs to spare.

Zampa, who removed Shamim and Mahedi Hasan in successive deliveries, could have bagged his hat-trick in the game if wicketkeeper Matthew Wade didn’t put down Taskin’s catch in the first ball of his next over.

However, the 29-year old took two more wickets in the same over to finish with the best bowling figure by an Australian in a T20 World Cup match.

Australia openers Finch and Warner then steamrolled Bangladeshi bowlers and Mustafizur Rahman, who replaced Nasum Ahmed in the match, was in the receiving end mostly as he was smashed for 32 runs in his two overs while Taskin finished with 1-36 in 3.2 overs.

Bangladesh team, which failed to win any main event match for the sixth consecutive time in the T20 World Cup, will return home today in two different groups.

Skipper Mahmudullah, Mushfiqur, Liton and Taskin won’t accompany the team as they decided to stay back in the UAE for a few days while the foreign coaching staff is expected to arrive in Dhaka on November 11 for their upcoming home series against Pakistan.