“Bangladesh believes that the United States can do more to mobilize international pressure on Myanmar to end the Rohingya crisis,” he said adding “The United States can persuade its friends in ASEAN and QUAD to distance themselves from the Myanmar military forces so that they refrain from culpability in the genocide.”

Addressing a webinar, Ambassador M Shahidul Islam said the United States may bring the Rohingya issue on the G-7 Summit agenda to show the strong resolve of the international community for solution to the Rohingya crisis.

Atlantic Council’s South Asia Center featured Ambassador of Bangladesh to the USA, M. Shahidul Islam, who delivered a keynote speech on the theme of the event and participated in a question-and-answer session.

The United States may cancel all types of preferential treatment, including GSP facilities enjoyed by Myanmar, said the Bangladesh envoy.

Apart from reintroducing all pre-2016 sanctions, entities involved in trade with Myanmar need to be discouraged from engaging with Myanmar, he said, adding that the United States can also speed up determination of genocide and crimes against humanity against the Rohingya as promised earlier.

Ambassador Islam said that “there is nothing inherently wrong with any religion, race, or nationality; the problem emanates when these identities are used to generate malice and hatred for political or economic reasons.”

He called upon the international community to bring the traders of malice to justice if to establish a rule-based international order.

Bangladesh Ambassador categorically mentioned that whatever political developments take place in Myanmar, the Rohingya crisis has to be resolved by Myanmar as they have created the crisis.

He added that Myanmar cannot be absolved from the responsibility whatever form of government runs the country.

The discussants recalled with gratitude the generosity of Bangladesh Prime Minister Sheikh Hasina in sheltering the survivors of mass atrocities and saving their lives.

The Atlantic Council’s South Asia Center expressed gratefulness to Bangladesh Ambassador for being willing to engage in the conversation. 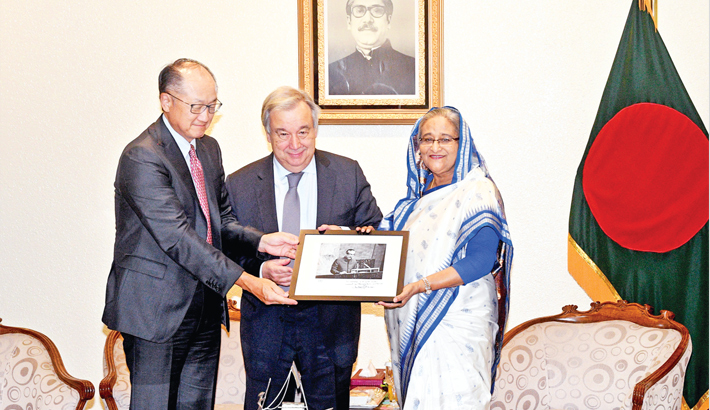