With the second-phase union parishad election drawing nearer, violence has flared up between supporters of rival chairman and member candidates in different parts of the country.

At least seven people, including a chairman aspirant, have been killed and many others injured in clashes in different districts, including Narsingdi, Rangamati and Magura.

Most of the clashes took place among supporters of the rival candidates of ruling Awami League.

There is also fear that more clashes may take place with the election getting closer.

A total of 848 union parishads will go to polls in the second phase on November 11 next.

Election in another 1,007 union parishads will be held on November 28 in the third phase.

Md Kamruzzaman, assistant inspector general (Media) of the Police Headquarters, on Thursday said all the high police officials working in the election areas of their respective districts have already been instructed strictly to maintain the law-and-order situation.

They were asked to keep close watch on the supporters and candidates so that no violence takes place anywhere, he said. “If necessary, additional measures will be taken in the possible trouble-prone election areas,” he said.

Meanwhile, at least two people were killed in a clash between the supporters of rival aspirants in a union in Narsingdi on Thursday. The deceased were identified as Sadir Mia, 22, and Hiron Mia, 35.

Several other people were also injured in the incident that took place at Kacharikandi village under Paratali union in Raipura upazila, said Md Azizur Rahman, chief of Raipura Police Station.

UP member Shah Alam locked into an altercation with his opponent and namesake Chhoto Shah Alam, according to police.

Two supporters of Chhoto Shah Alam had been killed during a clash between the rival factions six months ago. UP member Shah Alam’s henchmen subsequently fled the village. But they returned when the election schedule was announced recently.

As the news of their return reached their opponents, another fight broke out between the two factions, resulting in the deaths of the two supporters of Chhoto Shah Alam.

The injured were admitted to different hospitals in Raipura and other places of Narsingdi, said Azizur Rahman.

On October 16, four members of a family were killed and several other people injured as supporters of two UP member hopefuls in Jagdal union parishad election clashed in Magura Sadar upazila.

The four deceased are Sabur Mollah, 60, his brother Kabir Mollah, 55, of Dakkhin Jagdal village, and their cousins Rahman Mollah and Imran Mollah.

Sabur, Kabir and Rahman were supporters of Syed Ali while Imran was a follower of Nazrul Islam, said Rafiqul Islam, chairman of Jagdal union parishad.

Police and locals said there had been a long-standing conflict between Nazrul, incumbent member from ward-3 (Dakkhin Jagdal), and Syed Ali over becoming candidate of the ward. Both are inhabitants of Dakkhin Jagdal village.

Both Nazrul and Ali are involved in local AL politics. A long-standing conflict has been going on between them over establishing dominance in the area, police added.

On October 18, an Awami League chairman candidate was shot dead by miscreants at Agapara in Kaptai upazila of Rangamati.

Mahmuda Begum, additional superintendent of Rangamati police, said a group of miscreants, numbering 10-12, swooped on Nethoai and opened fire on him around 1am, leaving him dead on the spot.

Police suspected that he was killed centring on the upcoming union parishad election.

In the first week of January this year, a councillor-elect in Sirajganj was also killed in a clash, which broke out soon after he was declared the winner unofficially.

Supporters of BNP-backed candidate Tariqul Islam, who won the election, and his rival Shahadat Hossain clashed after the results were announced.

Tariqul sustained knife injuries during the skirmish and was rushed to hospital where doctors declared him dead on arrival.

Last month, the Election Commission announced the schedule for the second phase of union parishad elections fixing November 11 as the voting day.

EC Secretary Humayun Kabir Khandaker at a press conference told reporters that a total of 848 union parishads will go to the polls in the second phase.

The first phase of the polls in 160 UPs was held on September 20 amid violence and irregularities. 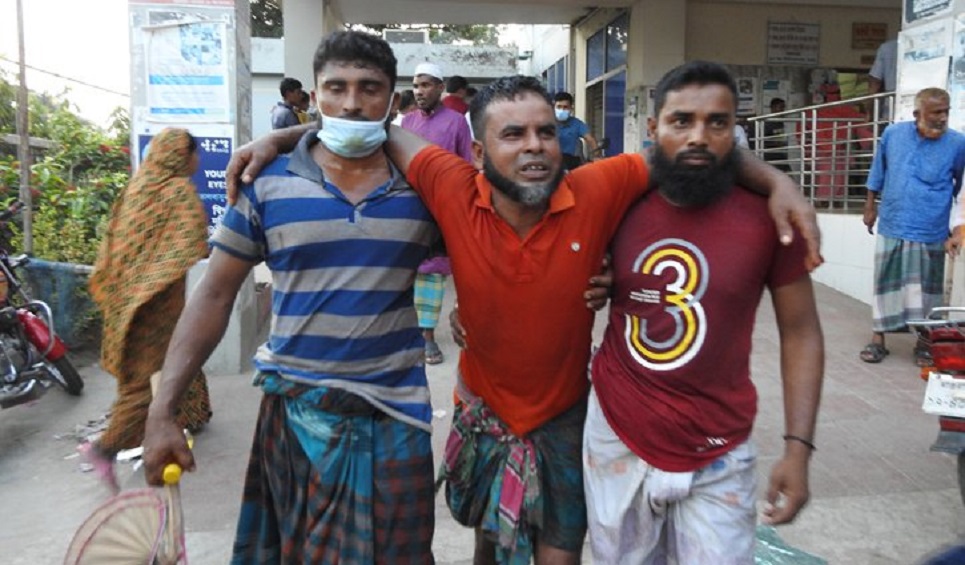