Bangladesh Mileage: Some More to Go

That Bangladesh, since its emergence, has achieved a considerable mileage, is a fact recognised across the world. Professor A.L. Basham of the School of Oriental and African Studies, once surprised his colleagues by authoring the voluminous book titled The Wonder That Was India. Needless to say, the book was eulogistic about India’s past. I believe, were he alive today, he would written a companion volume with the title The Wonder That is Bangladesh. He would have done so as historians live in two worlds – past and present; future is beyond their professional scope. Indeed, Bangladesh, has recently achieved accolades as a wonder country – wonder in steady socio-economic growth, which outworks its neighbours, including India and Pakistan.

At its birth, however, the country was slated to tread a murky path. It is now almost a cliche`to remember the Cassandra-like prognostication of Dr. Henry Kissinger that the country would end up being a bottomless basket. But this would-be bottomless basket showed unmistakable signs of substantially filled over during the tragically cut short tenure of Bangabandhu (10 January 1972-15 August 1975). Indeed, the country registered a GDP growth averaging 7 percent during Bangabandhu‘s tenure. This was a phenomenal achievement in that Bangabandhu had to make do with a totally war-devastated country with a ramshackle machinery for day-to-day administration. Not growth, but putting the country back to a functioning mode was the prime need of the hour. The result, although showing signs of a mixed result, was not what Bangabandhu had originally planned for; and hence the switch to an altogether new system – Bangladesh Krishak Sramik Awami Legue (BKSAL). Meant for a temporary duration until the topsy-turvy country was on an even keel, the BKSAL programme, were it implemented, would have ensured a revolutionary turn-around for the Bangladesh society, economy and polity. It is no good arguing that the idea had been egged on by the leftist comrades; the moot point is whether the programme was for or against the country and its people. In the final analysis, the roadmap so crafted was born out of Bangabandhu’s own cogitation; for, no one else knew better the condition of the country. But, however, pious the wish might be, this was not to be; as the author of the roadmap lay dead (15 August 1975) from assassin’s bullets. As his body was lacerated, so was his pious dream, the BKSAL. 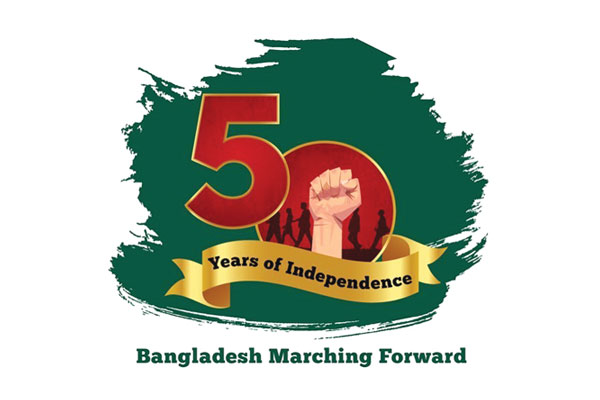 In 1976, after having spent some months on a field-trip in Bangladesh, a country that had witnessed a violent switch from Bangabandhu’s beleaguered rule to General Zia regime, the two development pundits Just Faaland and J.R. Parkinson published Bangladesh: The Test-Case for Development. The book, in a nutshell, contained three jarring comments bearing on the road ahead for Bangladesh. First, Bangladesh presented the most difficult case in terms of development. Second, Bangladesh development, if at all possible, would take at least two hundred years. Third, a developed Bangladesh would mean development of all countries of the world. The empirical data garnered through meticulous field trip plus their professional insight did not allow the authors to comment otherwise.

But, Bangladesh, as of now, has proved otherwise; and, of course, by traversing the uphill path of development. By 2016 (when Sheikh Hasina was prime minister), the World Bank had to comment that Bangladesh was the role model for development. This was a tribute to the resilient people plus leadership direction. Indeed, the intermesticity between these two elements has worked wonders in falsifying negative forecasts by all concerned people. In his only speech at the UN (25 September 1974), Bangabandhu, as it were, echoing Rabindranath Thakur, drew conclusion by putting confidence in the invincible spirit of man. While doing this, he had certainly in mind the wonderful feats of courage of his countrymen as well as of people all over the people. These people of Bangladesh again, of course, with leadership guidance, have done the tricky job of developing the country braving all odds, natural and man-made. Bangladesh’s recent graduation from an LDC country to that of a Developing one is again a tribute to leadership guided people. In fact, history is replete with testimonies on people power. A leader does well if he relies on this people power; Bangabandhu did that.

But as all that glitters is not gold, Bangladesh’s much hyped development is yet to be development per se. In my perception, development means growth with equity; and growth is only a precondition for development. What Bangladesh has so far achieved is phenomenal growth, not development; the reason being that, there is still a wide income inequality, a phenomenon that has assumed complexities during the Corona pandemic. It should be remembered that the Mujibnagar Government, in its Proclamation of Independence (10 April 1971), identified three goals of independence: equality, human dignity and social justice. The Bangladesh Constitution and the BKSAL programme sought to achieve these three goals of independence. But, that these goals, especially, equality, remain unachieved, is proven by the fact of prevailing income inequality that renders the society dangerously divisive, a potent factor for eventual social disruption. The budget and five-year plan are to address the tricky problem of inequality. Poverty reduction is certainly one of the ways, but not the one way. What is needed is a socio-economic engineering, spawned by the overall philosophical orientation of the ruling elite.

Bangladesh’s impressive mileage in socio-economic strides mismatches with politics. In politics, as it were, the tale is one of lost mileage. With every passing year, nay with every passing day, politics of the country treads a path of uncertainty. In a nutshell, economy is growing, but, politics, instead of developing apace with economy, are under developing every day. Resultantly, there is a painful dichotomy between politics and economy of the country. The prognosis is that, such a dichotomy would spell disaster in the days ahead. The alarm bells are already ringing: political leaders are required to take the necessary cue.

Another mileage to be achieved is in producing a satisfactory history of the Liberation War. The nation celebrates 50 years of independence or the much publicized Golden Jubilee; which, however, appears to be hollow in the absence of a full-fledged history of how 50 years back we wrested independence at quite a costly price. Between 1997 and 2001, Bangla Academy had such a project. Because of dilly-dallying by the then Planning Ministry, progress of the project was halting. Nevertheless, by the beginning of 2001, nearly half of the work was done, 47 copy-edited manuscripts were about to be sent to press. It was at this time, there had been a change-over in government. The new BNP-Jamat Alliance Government took over the Bangla Academy project; and with manpower and materials of the project, the Liberation War Ministry was launched. During the tenure of the Alliance Government, this ministry did not do anything except distorting the Liberation War narrative. At present, the ministry is thirteen years of age under the same minister throughout. Over the years, this ministry has produced a pittance which can be likened to the phenomenon of a mountain giving birth to a mouse. In the thirteen years, two lists have been prepared; one relating to the razakars, and the other freedom fighters. The razakar list was found faulty as containing names of some noted freedom fighters; it was withdrawn forthwith, a new one is yet to see light of day. The list of freedom fighters is a partial one, the complete one is anybody’s guess. This ministry should have sponsored the Liberation War history project, supposedly its main job; but this has not been done. Then, a question may be asked: why is this ministry? The question has salience in that a good deal of people’s money is spent for the upkeep of the ministry and its manpower, including the minister. We cannot afford white elephant ministry or minister.

In the post-UN trip press-briefing by the prime minister, Naimul Islam Khan of the Amader Notun Somoy had a pointed question: why is there no world-class university in Bangladesh? The improvised reply of the prime minister did not really answer the question. A world-class university depends on world-class Vice Chancellor; for the quality of leadership matters most, be it nationally or institutionally. Despite a steady proliferation of public and private universities in the recent past, the quality of vice chancellors – leaders of university – begs question. The question needs to be answered by the government in power.

Market management is an area wherein government cannot be given any kudo. Soaring prices of essentials defying rules of demand and supply hit middle and low income groups hard; they find it extremely difficult to eke out a decent living. A people-friendly government needs to assure people’s well-being; otherwise it loses its rationale for being in power, obviously, with perks and privileges at the cost of the people. It is worth mentioning that the Bangladesh administration is just about the costliest in the Third World.

We do have smugness over what we have achieved so far. Consequently, the mileage covered is unmistakably impressive; but we have still miles to go.