Bangladesh received a wake-up call ahead of their ICC T20 World Cup Qualifiers as they suffered a 33-run defeat against Ireland during their second and last warm-up match at Sheikh Zayed Stadium Nursery 2 in Abu Dhabi, UAE on Thursday.

The Tigers could hardly challenge their Irish opponent in the contest, who earlier posted 177-3 in their stipulated overs after their batsman Gareth Delany struck an unbeaten 88 off 50 balls. 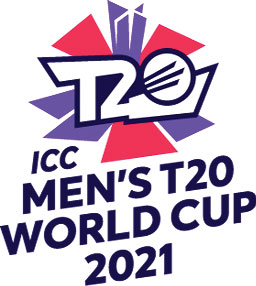 Delany’s flamboyant innings consisted of three fours and eight sixes while skipper Andy Balbirnie (25), Paul Stirling (22) and Harry Tector (23 not out) all made handy contributions with the bat as Ireland posted a massive total after electing to bat first.

Bangladesh lost Mohammad Naim, Liton Das and Mushfiqur Rahim within the third over of the chase and despite Soumya Sarkar and Nurul Hasan’s making 37 off 30 balls and 38 off 24 balls respectively, they were bundled out for 144 runs in 20 overs to finish their World Cup preparation on a disappointing note.

The Tigers earlier also lost to Sri Lanka by four wickets during their first warm-up match at the same venue on Tuesday.

As in the first warm-up match, Bangladesh missed the service of their regular skipper Mahmudullah against Ireland as he was still recovering from a sore back.

Ace all-rounder Shakib Al Hasan was also unavailable for the match due to his Indian Premier League commitment but pacer Mustafizur Rahman took part in the contest after skipping the Sri Lanka game.

However, the left-arm pacer was nowhere near to his recent good form with Rajasthan Royals in the IPL as he conceded 40 runs in his allotted four overs while Shoriful Islam and Nasum Ahmed were also gone for too many runs.

Pacer Taskin Ahmed was the only Bangladeshi bowler providing some resistance as he finished with 2-26 in his four overs.

After Bangladesh’s losing three early wickets in the chase, Soumya along with Afif Hossain (17) and Nurul put up two stands of 37 and 30 runs for the fourth and fifth wicket respectively.

But Bangladesh batters failed to accelerate in rebuilding the innings and while trying to do so afterwards, they lost wickets at regular intervals and were bowled out in the last ball of their innings.

Bangladesh, which left for Oman on the same day, now have a very little time to make adjustments as they will begin their T20 World Cup campaign against Scotland at Al Amerat Cricket Ground in Muskat, Oman on Sunday.

They will then face hosts Oman and Papua New Guinea on October 19 and 21 respectively in their remaining two Group B matches at the same venue.

The top two teams from each qualifying group will progress to the Super 12s of the event, which will start on October 23 in Abu Dhabi, UAE.