Bangladesh’s dream of qualifying in the final of the ongoing SAFF Championship ended on Wednesday after they played a 1-1 draw against Nepal in their fourth and last round-robin match at National Stadium in Male, Maldives.

Forward Sumon Reza gave Bangladesh an early lead which increased their chances of making it to the final for the first time in 16 years but Nepalese midfielder Anjan Bista levelled the margin from a controversial penalty in the 88th minute that finished Bangladesh’s hopes of reaching a SAFF final since 2005.

Bangladesh conceded a big blow in the match when Uzbek referee Akhrol, who gave a poor decision of penalty in favour of Nepal just a couple of minutes before the full time, also showed Bangladesh goalkeeper Anisur Rahman Zico a straight red card due to a handball outside of the box in the 79th minute.

The decision had a great impact on the match result as a 10-man Bangladesh then failed to maintain their lead and had to finish the match by sharing a point which was enough to face elimination from the tournament. 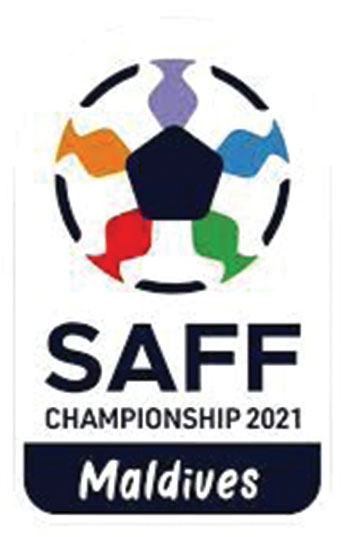 Meanwhile, Nepal created a new history with the draw against Bangladesh as they qualified for the SAFF final for the first time in their tournament history.

As per the previous plan of head coach Oscar Bruzon, Bangladesh began the match with attacking football and it brought them an early success in the ninth minute.

Sumon gave the lead with a smart header from captain Jamal Bhuyan’s free-kick that came to him through a deflection by a Nepali defender from the right side of the box.

Nepal got the chance to equalize the margin just five minutes later but unmarked Rohit Chand shot off the target from goalmouth melee while Nawayug Shrestha sent the ball via a cutback.

Nepal’s Ayush Ghalan missed another chance just a few seconds before halftime as his header shot off the target when Rohit sent him a cross from the right side of the box.

Bangladesh goal-scorer Sumon and Saad Uddin also wasted two close chances in the first half in the 21st and 39th minutes respectively.

Sumon entered the box with excellent dribbling but sent the ball to the hands of Nepali goalkeeper Kiran Limbu with a poor shot while unmarked Md Ibrahim was just a few yards away from him.

After a few minutes, Saad shot off the target from outside the box.

The second half brought more drama as several unexpected incidents took place in the last 45 minutes of the game.

Nepal tried to put pressure on Bangladesh’s defence from the beginning of the half but goalkeeper Zico denied all their efforts.

The seasoned campaigner denied two close headers from Ayush and Nawayug in the 53rd and 65th minutes respectively. On the other hand, Bangladesh attackers Sumon and Ibrahim continued wasting chances in the second half.

In the 79th minute, Zico came outside of the box to resist Bista but the ball accidentally hit his hands and the referee gave him the marching order. Veteran Ashraful Islam Rana came in the place of Zico after the incident.

The red-card decision left Bangladesh morally down and they suffered the biggest blow in the 86th minute when the referee signalled a penalty in favour of Nepal.

Bista then made no mistake to convert the penalty into a goal that broke Bangladesh’s hearts as they were inches close to a SAFF final.

Bangladesh earlier made several changes in their playing XI. Bishwanath Ghosh, Rakib Hossain returned to the team while Tutul Hossain Badshah and Sumon Reza came in the places of Yeasin Arafat, Matin Miah.