KHULNA: Mosquito problem of Khulna City Corporation (KCC) becoming more and more menacing, residents to strengthen their defences against the insects, and many complain that the city corporations' measures to control mosquitoes are not effective in their areas.

Khulna city dwellers in different parts are suffering from mosquito menace while the conservancy department of Khulna City Corporation (KCC) has taken hardly any remedial measures for this.

After a recent visit it was found that the town people’s life has become unbearable due to nagging mosquito attacks.

Lack of regular anti-mosquito drives by the department has increased breeding of mosquitoes in different parts, complained many who face the menace almost everywhere in the city.

Meanwhile, sales of pesticide products have boomed in the city. People buying mosquito coils, aerosols, mosquito nets and electric mosquito rackets has become a common sight in the wake of invasion by the tiny tyrants.

The elderly people and children are the main sufferers.

Although some people spend a certain amount of money buying mosquito coils and spraying insecticides or other repellents to get rid of mosquito biting but poor people have no alternative but to suffer, they added.

Mosquitoes have increased alarmingly at the kitchen markets in the city. Traders said the drains had turned into breeding grounds for mosquitoes. Some city dwellers alleged that the municipality employees do not clean the areas regularly.

Piyal Hossain, a student of Khulna Collegiate School living in Sonadanga Residential Area, said it was not possible to stay inside the room after dusk without putting up mosquito net. “However, mosquitoes do not spare you even in the day-time,” he added.

Nousher Ali Master, resident of Goborchaka Main Road under Sonadanga thana, said ‘the Daily Sun’ that open drains nearby was a breeding place for mosquitoes that entered the house every evening. “Failure of the city corporation to remove garbage regularly is one of major reasons for the increasing number of mosquitoes,” he added.

Mobassera Khanom, another resident of the area has become worried about her son who was a student of Class III. He cannot concentrate on studies due to mosquitoes that keep biting him all the time. She alleged that she has not seen see any anti-mosquito activity.

Ashfakur Rahman Kakon, councilor of ward no 19 of KCC, said local people had been continuously complaining to him regarding the matter since past several weeks urging him to take proper measures for the same. “We have informed the city corporation authorities but they have not taken any action so far in this regard,” he added.

When contacted, Md Abdul Aziz, chief conservancy officer of KCC said over cell phone they had been spraying insecticides in the city drains, ponds and canals regularly to control mosquito breeding.

On the other hand, he alleged that huge numbers of privately-owned wetlands in KCC areas has become garbage dumping sites, consequently turned into breeding places for mosquitoes. He further alleged that the owners of wetlands don’t keep the places clean.

Abdul Aziz further said, city dwellers have been requested to clear unused pots, buckets, and ditches so that water cannot stay stagnant there and no mosquito can lay its eggs on it.

Member Secretary of  Khulna Nagorik Samaj Advocate Babul Hawlader alleged, “KCC has constructed some unplanned drains in the low lying residential area which have created permanent water logging in those areas and there having no way to drain out stagnant water from there, those drains have become permanent mosquitoes breeding grounds.” 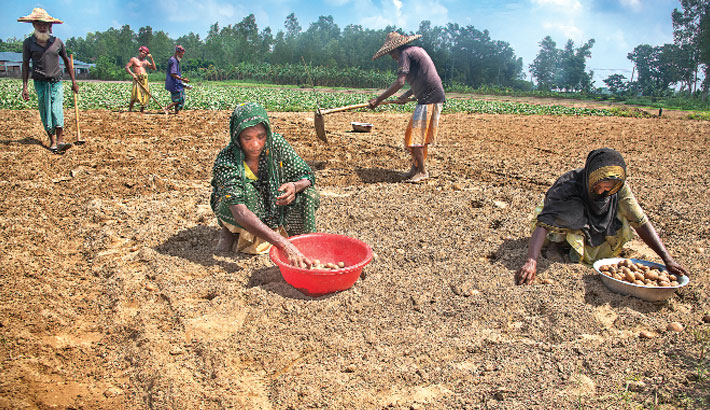