In Myanmar the stage was set; things were in order, and it was only hours before the new Parliament was to convene. Nevertheless, on 1 February 2021, Senior General Min Aung Hlaing, Commander-in-Chief of Defence Services, staged a coup and took over the power.

With that coup, Myanmar circled back to 10 years ago when it started its transition to democracy after being ruled by the military junta from 1962 until 2011. The coup wasn’t expected but it wasn’t difficult to anticipate also. Conceivably, the coup was contemplated by the general beforehand. Days before the polls, he expressed that the army may not accept the outcome of the election. “We are in a situation where we need to be cautious about the outcome,” said the general while briefing the local media before the November elections.

This was perhaps a striking indication of what would come next - the military coup. According to Professor Melissa Crouch, Faculty of Law, University of New South Wales in Sydney, Australia, the general has long harboured presidential ambitions. Myanmar Armed Forces already appoints 166 or 25 per cent of seats in the parliament under the constitution drafted in 2018, indicating its intention of steering the country.

Military-backed Union Solidarity and Development Party (USDP) would have needed to secure another 167 seats to appoint Min Aung Hlaing as the country’s president but the party won only 33 of the 498 available seats, while National League for Democracy (NLD) achieved 396. Failing to achieve the required seats, the military staged the coup at the very last moment, followed by a declaration of a yearlong state of emergency.

Bangladesh isn’t interested in what is happening inside Myanmar because historically Bangladesh nurtures non-interference principle regarding the internal affairs of other countries. However, any unstable situation in any country affects the bordering countries; as it affected India during our Liberation War. Myanmar shares borders with Bangladesh, India, China, Thailand and Laos. The effects of Myanmar’s military coup on neighbours will vary from country to country. It may affect us mostly regarding the repatriation of Forcibly Displaced Myanmar Nationals (FDMN). 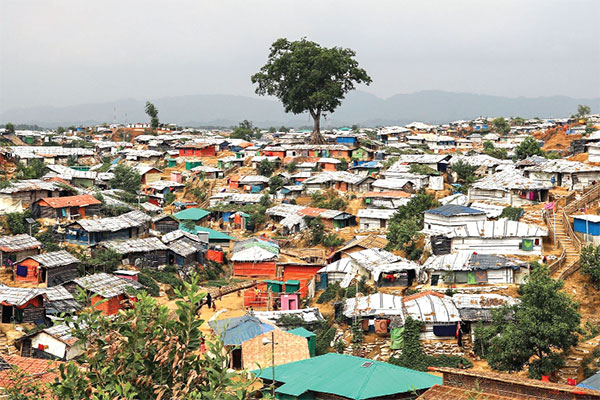 The repatriation process is already lingered by Myanmar for four years. Therefore, the repatriation issue will be the crucial concern for us for maintaining sustainable development. The government is also wholeheartedly inching towards amicable solution for repatriation of FDMN.

Regime change doesn’t necessarily mean that the repatriation will be at stake; however, with a military coup, everything changes. Surprisingly, the military coup took place shortly after the start of Bangladesh-Myanmar bilateral talks on repatriation. It is the dilly-dallying attitude of Myanmar that further fuels scepticism. Myanmar may feel encouraged to linger the process further because it has strong ties with multiple superpowers.

India, regional power, will also play a cautious role keeping its own interest in purview. Now that the US has left Afghanistan, the focus of international community is likely to shift also. Keeping that in perspective, Biden’s administration may now get involved more in the repatriation process along with the UK. We may capitalize on this fleeting opportunity. If the military rule continues indefinitely like this, Myanmar is likely to become an intense proxy battleground for different players.

Interestingly, a resolution on the “Human Rights Situation of Rohingya Muslims and other Minorities in Myanmar” was unanimously adopted on 12 July 2021 at the 47th session of the Human Rights Council in Geneva. This is the first time that any resolution on the FDMN was adopted in the UN without a vote, due to the intense diplomatic efforts made by the Bangladesh Permanent Mission in Geneva, said a foreign ministry press release.

It is indeed an outstanding effort; however, unfortunately, this doesn’t influence the outcome of the Security Council should there be any proposal for taking security measures. Myanmar can cunningly seek refuge under the shades of several powerful countries.

Democracy in Myanmar is a threat to military leadership because of what they did during the 2017 crackdown. It’s a matter of time when the accused are brought to justice for their unprecedented atrocities. As long as a military dominant hybrid government is in vogue, these leaders can remain out of reach. If it’s a military junta ruling the country, it’s a bonus. Judging by the nature of the power-hungry military attitude, it is obvious that the military would like to be in control indefinitely.

Existing FDMNs are less likely to be interested to return due to fear of military rule. Even if the military handover power, there is nothing to be happy about the Aung Sang SuuKyi’s NLD party. Her intellectual atrocity is no less than that of the military. Even though she is a Nobel Peace Prize laureate, she never condemned the genocide conducted by the Myanmar military; instead, she defended those actions at the United Nations International Court of Justice on December 11, 2020. Repatriation may remain a far cry.

The military’s long-term strategy is difficult to comprehend; however, the general has declared to hold general election by August 2023. If the situation in Myanmar deteriorates further, then, instead of returning of the existing FDMNs, a new refugee influx may occur putting another nail in the coffin. Bangladesh is already bogged down with approximately 1.1 million FDMNs. Additional influx may create a precarious situation in the foreseeable future concerning socio-economic condition, security situation, communal harmony, health aspect, environmental hazards, violence, moral degradation, a possible breeding place for terrorist activity etcetera.

What Bangladesh has done for the persecuted FDMNs will go down in the history as an example of tremendous empathy, tolerance, and brotherhood. But repatriation of FDMNs is also their right, and Bangladesh is pursuing it relentlessly. Nevertheless, it is likely to be an increasingly difficult job. Till it happens, we have to pursue strong bilateral relations, continuously raise the issue in the international forums, generate world consensus through different means, and strive to support the FDMN people for the call of humanity.

The writer is a serving military officer.