Salahuddin paid a visit to the practice ground at the Bangabandhu National Stadium on Friday afternoon where the team completed their second day’s practice session. 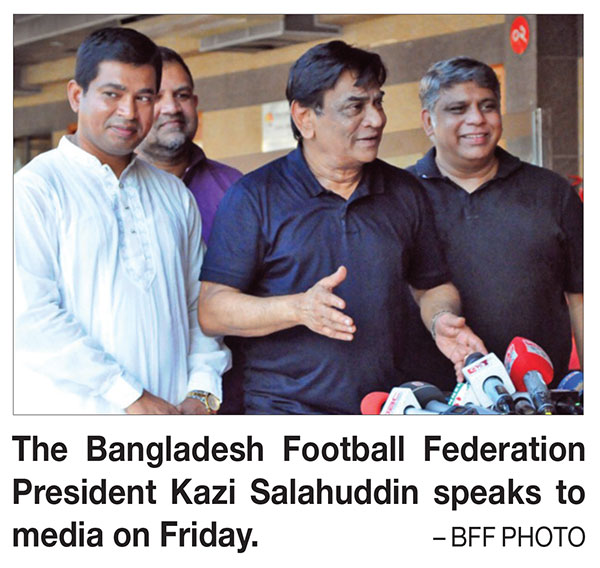 “Practice is practice. It’s completely all right. I expected this,” Salahuddin told the reporters after watching the practice session for more than one hour.

“During our meetings earlier, I asked him to explain what kind of football he wants to play, what he wants to do. I asked him because I also have some experience as a former player.

“Then, I found him mostly same as mine on technical aspects. So we are on the same page in thinking about team, training and method of play.

“The thing that impressed me most, he (Bruzon) started to work with the team on the same day when his assignment was confirmed, which I didn’t get earlier. Also, most of the players are from Bashundhara Kings while others are mature enough to understand his style.

“I hope the team will do very well in SAFF under his coaching,” he added.

Salahuddin also said that they are trying their level best to ensure Eleta Kingsley’s participation for Bangladesh in the upcoming SAFF Championship next month.

“We are trying our level best but I can’t say what FIFA and AFC will do…Also, the coach didn’t give me the signal that he is a better option yet. So we are not thinking much about it,” he ended.