Those who are deaf and hard-of-hearing use nonverbal or sign languages so that they can always feel included in the communicative world. Nonetheless, sign language is not just for hearing-impaired people, but for all. The deaf people use it to communicate with each other. The hearing people also should know common sign languages so that they can also communicate with the deaf ones and make them feel that they belong. With this idea of promoting linguistic identity and cultural diversity to the deaf community. World Federation of the Deaf (WFD), which was established on 23 September in 1951, declared 23 September as International Day of Sign Languages. The day was first observed in 2018. 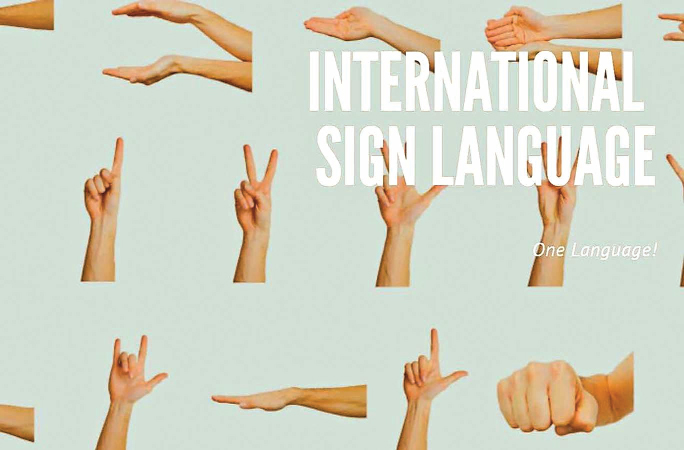 This year, International Day of Sign Languages appears with the theme “We sign for human rights” to highlight the fact that both deaf and hearing people can work together for promoting the human rights by using sign languages. In our country, many people, even the highly educated ones, sometimes ridiculously make fun of the deaf and hard-of-hearing people when they try to express their emotions using sign languages. Instead of understanding and responding to their message, they only look for gestural translation of the spoken language. It is important to remember that sign language itself is a fully-fledged natural language which does not require a verbal and gestural translation, but an emphatic and compassionate understanding.

According to WHO, there is an estimated 446 million people around the world with hearing loss. Some of them are born deaf and some have lost hearing power by the course of time due to accidents or illnesses. Among these deaf and hearing-impaired people, 80% live in the developing countries where sign languages are not treated with equal respect and dignity as other languages. People with hearing loss are also treated with pity and sometimes rudeness. Before mistreating these ordinary disabled people, we need to look at the historical facts where we will be astounded to find many talented celebrities, scholars and influencers with hearing problems.

My personal favorite music composer Ludwig Van Beethoven, who is definitely one of the very few finest musicians of the world till date, experienced hearing problems at the age of 26 only. When he was 41, he became completely deaf. However, he never stopped composing world-famous music. He continued to perform publicly too.

Helen Keller, the first blind-deaf person to earn a BA degree, was a disability-rights activist and author. She challenged the conventional notion of disability and with her empathy, positive attitude and polemic activities, she changed the world around her. She believed that “we can do whatever we want if we stick to that long enough”. She made it possible by becoming what she was.

When one sense works less, the other works better. It happened to Thomas Edison who is one of the greatest inventors the world has even produced. He was deaf in one ear and hard-of-hearing in the other. His hearing problem even helped him concentrate on his serious inventory works. His deafness kept the conversation short and he could work for 16 years every day. Such a hardworking and strong-willed person he was!

Not just musicians, writers and inventors, among many actors and social influencers, there are a few super talented deaf people. Marlee Matlin is the only deaf performer who won the Academy Award for her lead role in Children of a Lesser God. At the age of 18 months, Marlee was diagnosed deaf in one ear and 20% hearing in the other. Her auditory limitations could not stop her audience from loving her as a super talented artist.

The aforementioned examples are just mentioned here to provide positive affirmations to the people with hearing-impairments. It is very important to have clear and direct communication with the hearing-impaired people so that they can be motivated enough to do productive and constructive works for the betterment of the entire world. They can read the lips of the verbal speakers. Nonetheless, the best way of communication is to use sign languages.

Sign language is not just simply a non-verbal and gesture-based language. Rather, it is a linguistically well-defined and well-developed language. There are many versions of sign languages, but the American Sign Language is used in many countries with adequate modifications. If we gradually learn ASL, we can communicate with hearing-impaired people globally. There is no need to implement the Jim Crow mentality on this matter and think that sign language is equal but separate, because it is not! Sign language is equal in status to the spoken languages. The users of sign languages are also equal to the users of any language. We just cannot deny its importance in every part of our lives. So, let’s sign for human rights. Let's sign for a massive inclusion of everyone to humanity. Let's build a more tolerant and diversified world.