NEW YORK: Prime Minister Sheikh Hasina on Tuesday laid special emphasis on forming a Women Leaders' Network as it can act as a force to ensure gender equality.

"It is greatly empowering to be with you all. I strongly feel that we can establish a Women Leaders' Network which can bring us together, not just for one-off meetings, but to act as a force to ensure real actions to achieve gender equality," she said. The Prime Minister was addressing a high level meeting on Women Leaders, convened by the President of the General Assembly, reports BSS.

She also placed three proposals before the world leaders at the meeting that need to be addressed properly to ensure gender equality.

The Prime Minister in her maiden proposal said, "I commend you for founding the Advisory Board on Gender Equality. This now needs to be localized. We need gender champions at every level, especially at the grass roots level, and we can lead by example."

Secondly, she said that the women-led organizations need to be nurtured and supported with sufficient political and financial means.  The UN has an important role in supporting such efforts, she added.

In her third and final proposal, she said, "I invite you to convene a leaders' summit to reinforce our common agenda for gender equality. All leaders - not just us - should join and present concrete commitments for advancing gender equality."

The Prime Minister said that the impacts of COVID-19 have been especially hard for women.

"In Bangladesh, special emphasis has been laid to empower women", she said.

In political empowerment of women, she said that Bangladesh ranked 7th in the world while the increased number of women is joining the workforce.

"Almost 70% of the healthcare workers are women, and they are in the frontline in the battle against Covid-19 pandemic", she said.

"More than 80% of our RMG workers are women. Women constitute the majority in the informal economy. Many of them lost their jobs and income. Two million migrant workers, including women have returned home," Sheikh Hasina added.

The Prime Minister said that our hard-earned progress is at risk of rollback.

"We need to act urgently to stop this. For that, we must place women at the front and center of COVID recovery," she continued.

In Bangladesh, to keep our economy afloat in the pandemic, she said, "We announced 28 stimulus packages worth 14.6 billion US dollars. Our social safety net programmes have been expanded to cover 11 million people, most of whom are women and children."   She said her government has made special allocation for women-led SME sector; introduced special skill projects in all districts, and announced interest-free mortgage and loan facilities for women entrepreneurs.

The Premier said "Our 333 'helpline' is saving many women and girls from violence and child marriage."

The Premier recalled that she pledged to raise women's participation in the workforce to 50:50 by 2041 in commemoration of the 25th anniversary of the Beijing Conference.

Recently at the Generation Equality Forum Paris, the Premier said she committed to ensuring gender equality in ICT sector by 2041. "I stand by those commitments," she added. 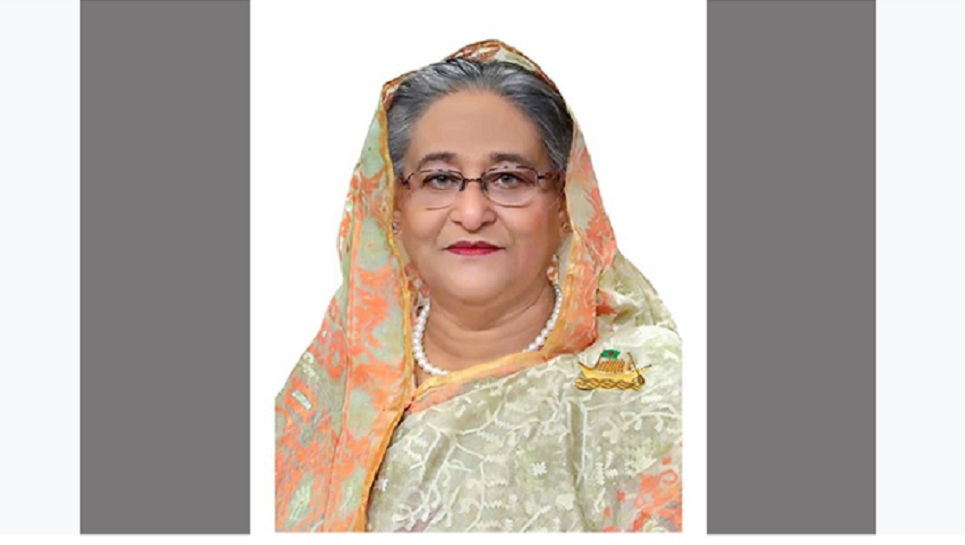