Bashundhara Kings head coach Oscar Bruzon on Monday said that he is satisfied with his team’s overall performance on their way of retaining the Bangladesh Premier League title. 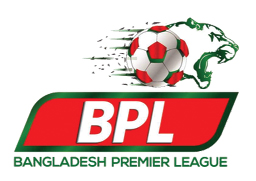 Kings, which ensured its second successive BPL title last month, ended this year’ campaign with a 1-1 draw in the last match against Dhaka Abahani Ltd at the Bangabandhu National Stadium.

“BPL is one of the toughest competitions for me. We have some very strong rivals such as Sheikh Jamal, Dhaka Abahani Ltd, Chattogram Abahani, Sheikh Russel and Saif Sporting Club,” the 44-year Spaniard said after the 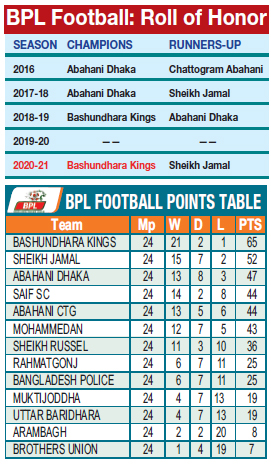 “But the good thing is we kept solid through the season and played good games. We didn’t even allow any team except for one to get three points against us,” he added.

Bruzon, however, didn’t hide his disappointment of not winning the last match against Dhaka Abahani as it could have led them to finish with 67 points – highest number of points achieved in BPL so far by Dhaka Abahani.

The champions, who got one point from the last game, ended the season with 65 points from 24 matches.

“Today in the first 30 minutes, I think Abahani played their best because they put us in trouble. But at the moment when we scored the goal the rest of the 60 minutes of the game fell completely on our side.

“We were expecting to win the last match, but couldn’t end the season with the win. But I’m quite satisfied because we have won the title,” he added.