Poet Kazi Nazrul Islam seems to be the only poet who wrote on down- trodden people and fought against the British who occupied the Indian sub-continent from 1858 to 1947. The only book was published in German language on Poet Nazrul Islam during my stay as Counsellor in the Bangladesh Embassy, Bonn, Germany in 1999 at the initiative of a group of Bangladeshi-German, including Dr Golam Abu Zakaria, Professor Sujit chowdhuy, Aftab Hossain Sunil. The book was edited by Dr. Hans Harder, who studied Indology and Social Anthropology and earned a doctorate degree on Bankim Chandra Chattopadhyay. I met him twice in Germany to speak about my article titled ‘Nazrul and Anti-establishment Journalism’ which was included in the book.

Today I will focus on journalist Kazi Nazrul Islam who began his journey by publishing bi-weekly magazine Dhumketu (Comet) in 1922. As its Editor, Kazi Nazrul Islam wrote against the oppression and injustice of the British ruler. The magazine practically evoked sharp reaction of the British, resulting Kazi Nazrul Islam to be prosecuted on sedition charge. In the charge, he did not in any way defend himself but gave a long statement explaining his position, which was published later under the title Rajbandhir Jabanbandhi (Confessing of the Royal Prisoner). The statement of Poet Nazrul Islam turned out to be an excellent piece of literature indeed. One is tempted to quote here “I am on trial for sedition. The Royal crown is pitted against the Comet's flame. The accuser is King, sceptre in hand; the accused is truth, justice in hand. The King is supported by his salaried servants; my supporter is ever-awake God who is truth eternal, and the King of kings and the judge of judges. The king’s voice is a bubble, but mine is a limitless ocean, for I am a Poet sent by God to express unexpected truths and to give shape to shapeless creation. India is now in bondage. This is undiluted truth. But under the present administration, it is sedition to call a slave a slave and to describe wrong a wrong. Can such administration last long? Am I guilty simply because an anguished call of captive truth found expression in my voice? But mine is but the agonized cry of the oppressed universal soul. The cry cannot be suppressed by coercing me. It will be ringing again in somebody else throat.” 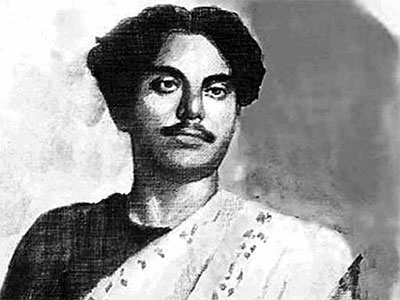 Indeed, the quality of the efforts that Kazi Nazrul Islam put into bringing out the bi-weekly can be gauged from the memoirs of renowned writer Achintya Kumar Sengupta, who said, “On Saturday evening, we would like many others, wait at Jagu Babu's market for hawker to come with his bundle of Dhumketu. As soon as hawker reached, scramble started to reach for the paper; we thought perhaps the editorial pen had dipped in blood and not ink. What a language? They were not written to be read alone or read once.”  The comment by renowned writer reflects how powerful writer was Kazi Nazrul Islam.

While in jail, Kazi Nazrul Islam once went on hunger strike. He resisted requests from many friends to give up hunger strike but when Poet Rabindranath Tagore, whom Nazrul treated as Guru, sent telegram saying “give up the hunger strike; our literature claims you”, he broke the hunger strike. He got released on completion one year term. Another venture was the publication of weekly ‘Langol’ (Plough) in 1925. This weekly publication in fact projected the viewpoints of the Labour Swaraj group of The Indian National Congress. In fact, this group was committed to the independence of India, on the theory of equality of all men and women in political, social and economic emancipation. Incidentally as many as 16 issues of ‘Langol’ appeared, and later it changed into ‘Gana-Vanee’ (The Voice of the masses). When Nazrul started editing the paper, communal riots were the order of the day in 1926. Kazi Nazrul Islam wrote editorial voicing against religious fanaticism and underscoring the need for communal harmony in the country. There have been as many as 79 riots in Bihar, Bengal, Punjab and Delhi between 1923 and 1926.

In 1920, Kazi Nazrul Islam was appointed as one of the Editors of ‘Navajug’ (New Age), whose proprietor was renowned politician and lawyer Sher-e-Bangla A. K. Fazlul Huq. Another editor was Comrade Muzaffar Ahmed. Kazi Nazrul Islam proved his worth and competence in writing editorial columns, as well as copy-editing for ‘Navajug’. There appears to be contrast between proprietor and editors of ‘Navajug’. While proprietor intended to project his image as a politician, both the editors tended to disseminate the ideology and the message of social revolution. As a result, the views of the newspaper incurred displeasure of the British government. The newspaper ceased publication since the government forfeited the security deposit. That reflected the colonial trend of the British government to silence the free press. On persuasion by A. K. Fazlul Haq, the government demanded a large amount of money as security deposit to resume the publication of ‘Navajug’. ‘Navajug’ reappeared again in 1941 when A. K. Fazlul Haq become Chief Minister of Bengal. Kazi Nazrul Islam joined as Chief Editor but could not serve for long, since he became sick and began losing his voice. That the end of journalistic career of Kazi Nazrul Islam. Kazi Nazrul Islam was brought to Dhaka by Bangabandhu Sheikh Mujubur Rahman and recognised as the National Poet of Bangladesh. Kazi Nazrul Islam expired on 29 August in 1976 and buried beside Central Mosque of Dhaka University.

The writer is a retired diplomat and former President of Nova Toastmaster International club of America and writes from Falls Church, Virginia 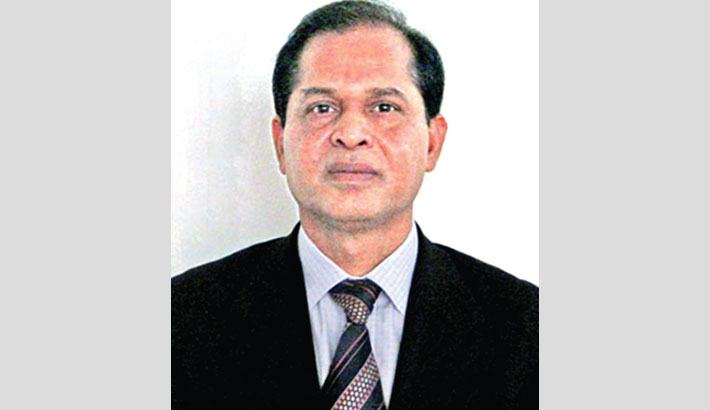