Flood situation has worsened in 12 districts of northern and central regions of the country during the last couple of days, leaving lakhs of people marooned and damaging their standing crops and houses.

The flooding has deteriorated due to rise in water levels of all the major rivers in the regions.

The people in the affected areas are suffering immensely as their homesteads and croplands have been submerged by floodwater. Many people took shelter in makeshift house in safe areas in the districts.

The Brahmaputra River is in steady state. The Jamuna and Padma rivers are in rising trend, which may continue in next 24 hours, said Arifuzzaman Bhuyan executive engineer of Flood Forecasting and Warning Center (FFWC).

Water levels of the major rivers in the northeastern part of the country, except for the Kushiyara, are falling slightly. The water level in the Teesta River is remaining unchanged.

In Rangpur, nearly 2,000 families were stranded after their homes were submerged following heavy floods which hit at least 15 villages of Gangachhara upazila.

The villages on the banks of the Teesta River have been inundated for the third time this year due to incessant rains and rising water levels.

Char Shankardah in Kolkond Union has suffered the most damage, especially Isli Mukut village, which has left around 1,000 families marooned.

Many families were moving to shelter with their cattle and belongings as almost all houses in Char Ishli, and Shankar Dah villages were submerged, said local sources.

Gangachara Upazila Nirbahi Officer (UNO) Taslima Begum told newsmen that many people have been stranded due to the inundation of water in different parts of the upazila.

The local administration has already distributed food aid to the flood-affected people. In Kurigram, fresh areas are being flooded as two major rivers the Brahmaputra and Dharla were swelling.

Some 40,000 people of nine upazilas have been suffering due to inundation by floodwater, according to district administration and WDB officials.

In Pabna, areas of Bera upazila have been flooded as the Jamuna has been swelling, while many areas of Pabna Sadar and Ishwardi upazilas are also inundated.

In Tangail, a fresh low-lying areas of Sadar, Kalihati, Bhuanpur, Basail, Nagarpur, Delduar and Mirzapur upazilas have been flooded as the Jamuna and its’ branch rivers are continuing to swell. 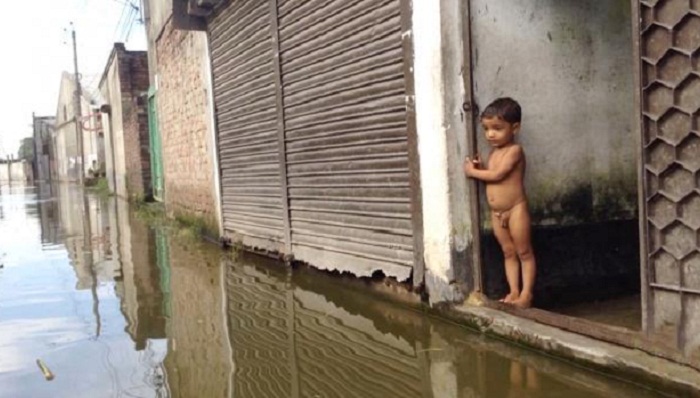 US to end travel ban for vaccinated passengers