Different government, autonomous and private organisations, educational institutions and armed forces observed National Mourning Day and 46th martyrdom anniversary of Father of the Nation Bangabandhu Sheikh Mujibur Rahman and most of his family members on Sunday in a befitting manner.

The authorities of Dhaka University observed the day with due respect. The national flag was hoisted at half-mast atop all main buildings, including halls of the university. Teachers and officials led by VC Prof Dr Md Akhtaruzzaman laid wreaths at the portrait of Father of the Nation at Bangabandhu Memorial Museum of Dhanmondi-32 in the capital.

Jatiya Press Club (JPC) paid homage to Father of Nation on his 46th martyrdom anniversary. The managing committee led by its President Farida Yasmin placed a wreath at the portrait of Bangabandhu at the National Press Club.

Navy provided humanitarian assistance to helpless, poor and destitute people in different parts of the country including the capital on Sunday marking National Mourning Day.

Bangladesh Sangbadik Odhiker Forum (BJRF), a forum for establishing rights of journalists, and Gazipur Union of Journalists (GUJ) organised a virtual discussion titled 'The Dark Night of August, 1975 and The Role of Mass Media and Journalists' marking the day. 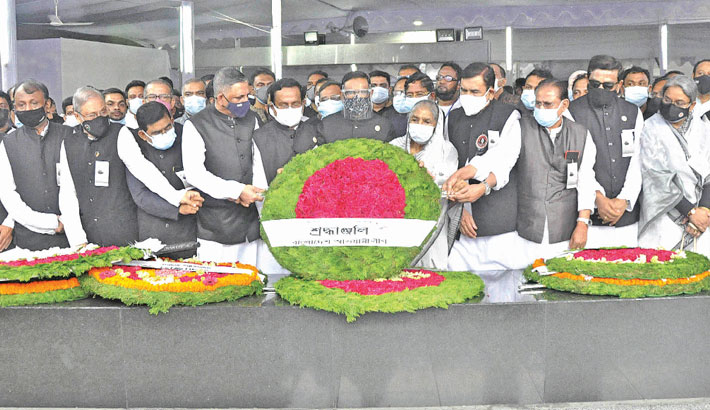 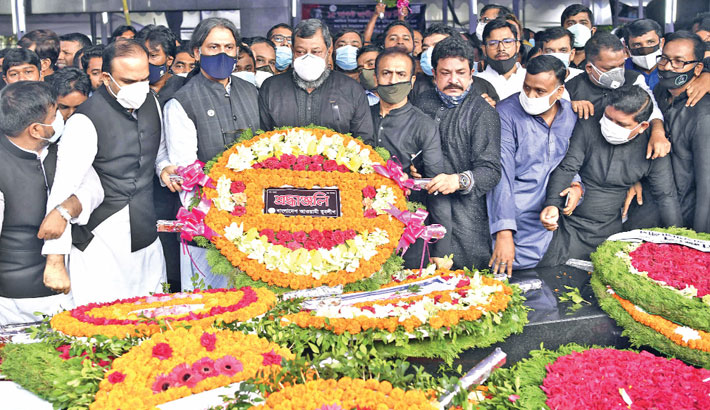 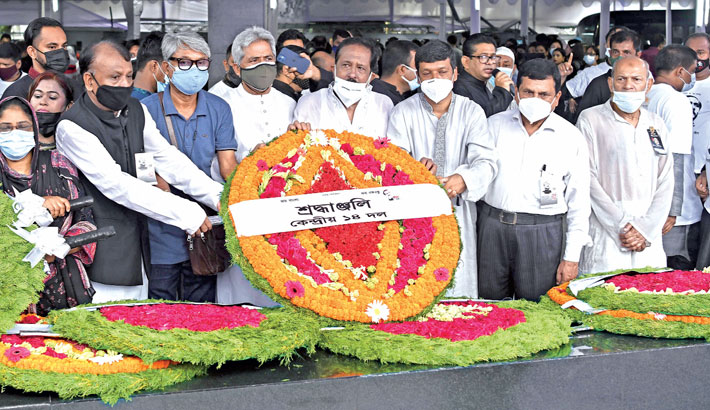 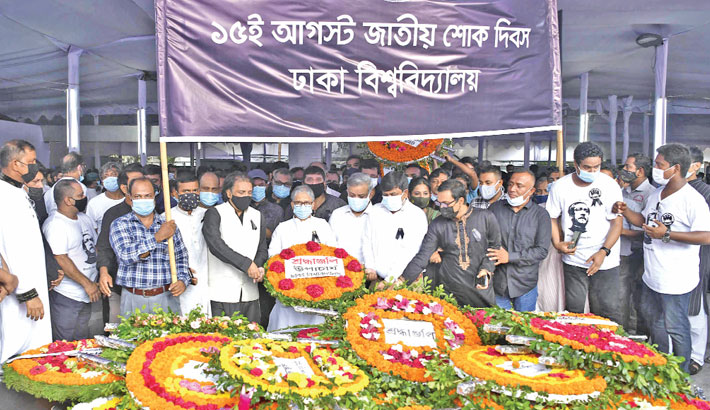 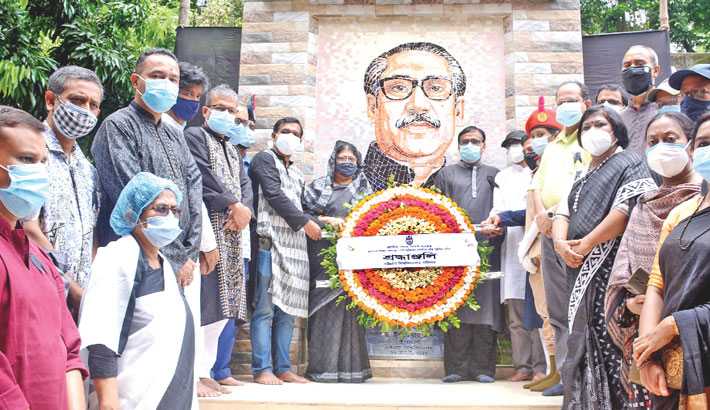 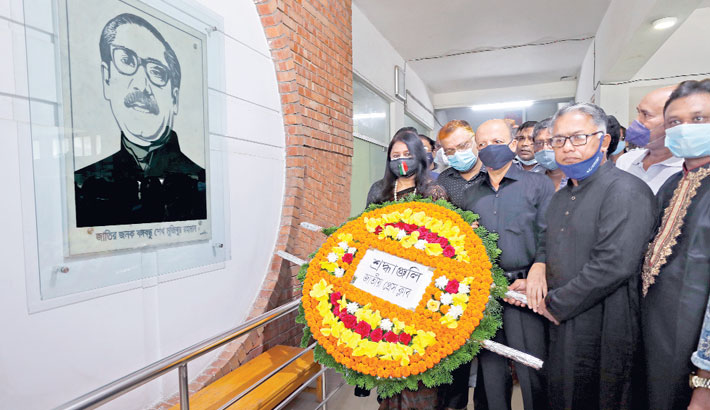 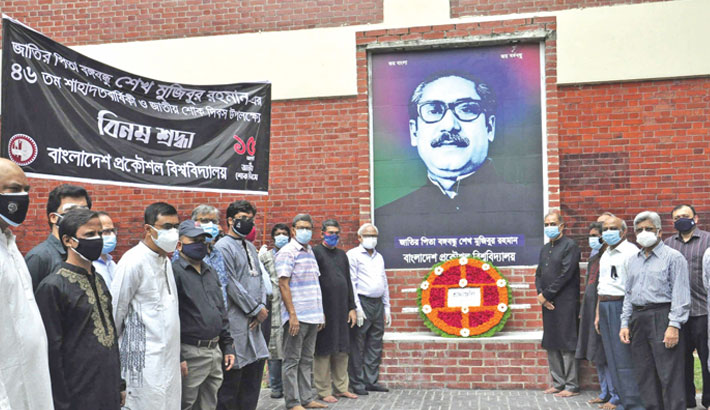 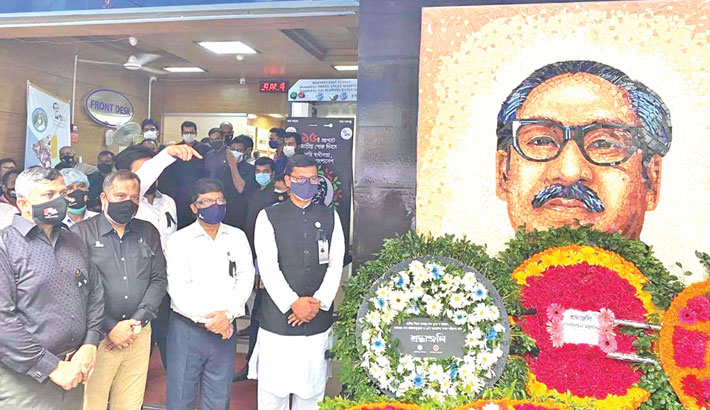 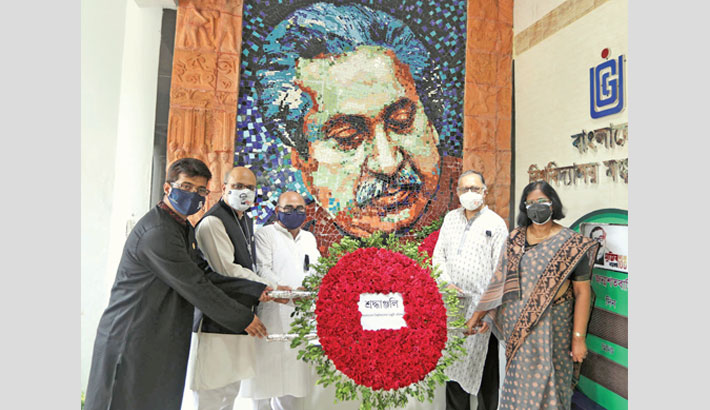 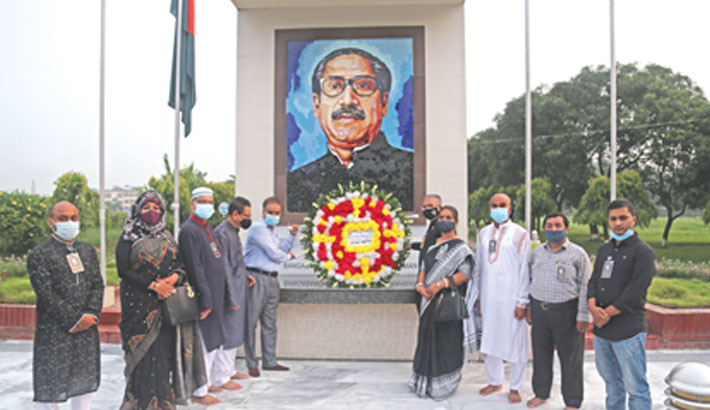 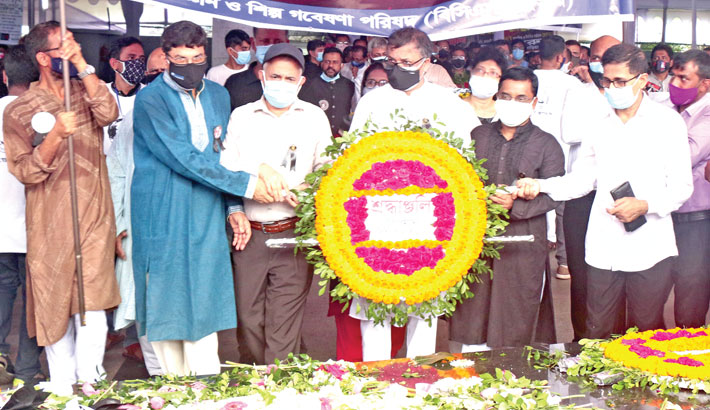 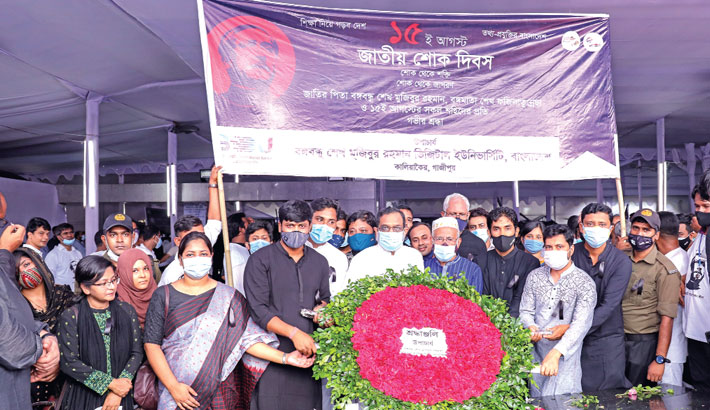 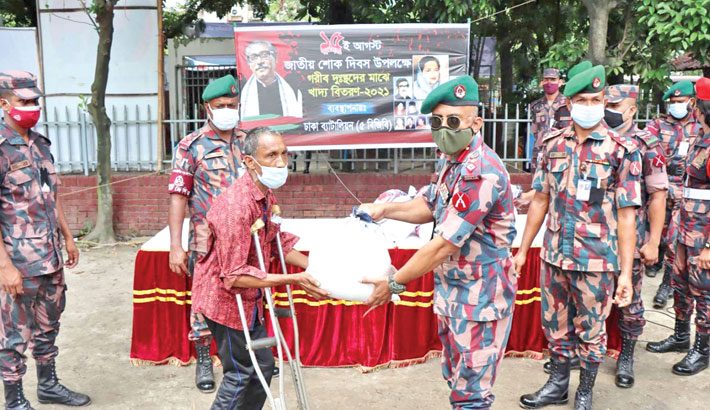 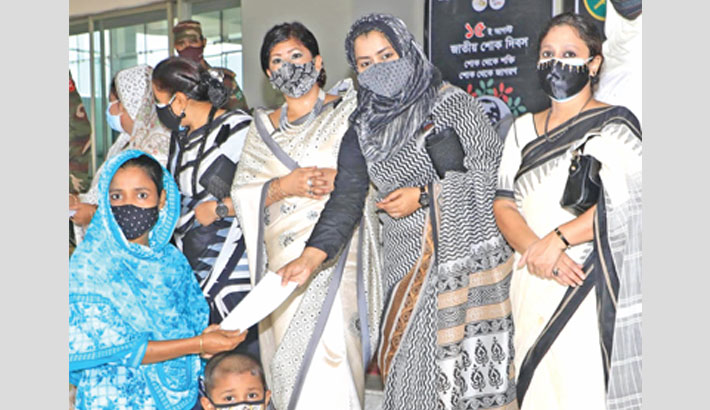 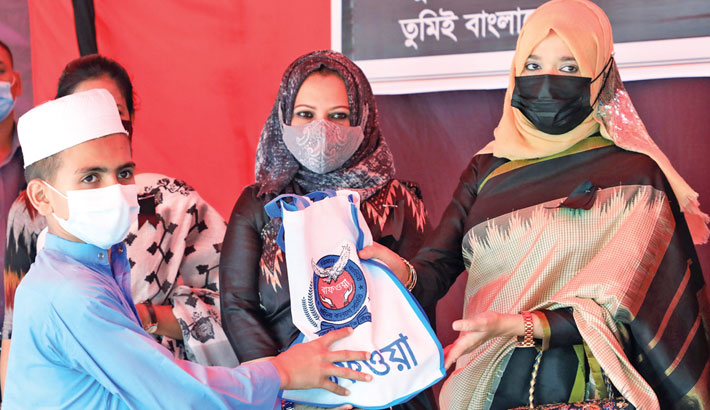 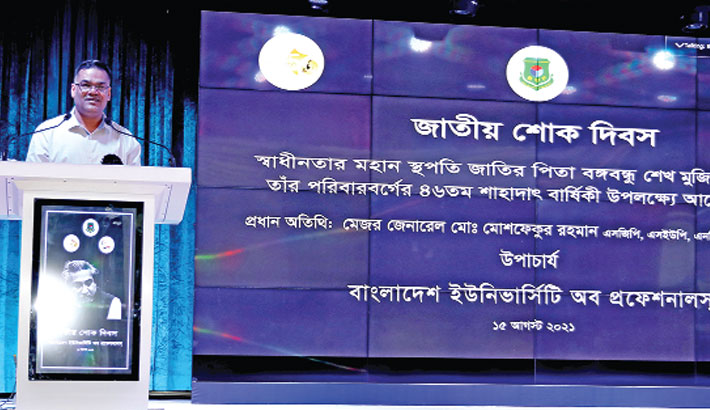 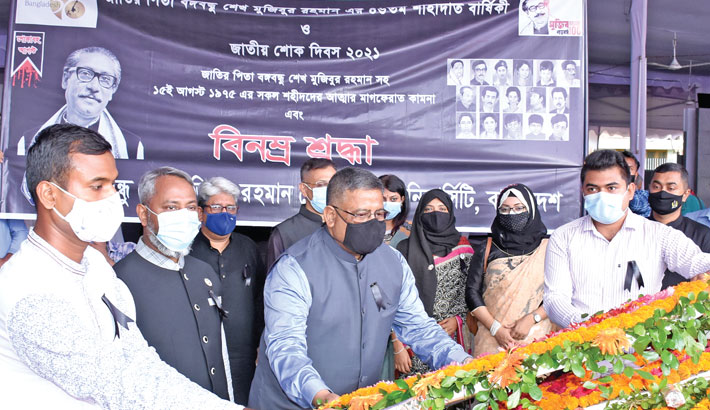 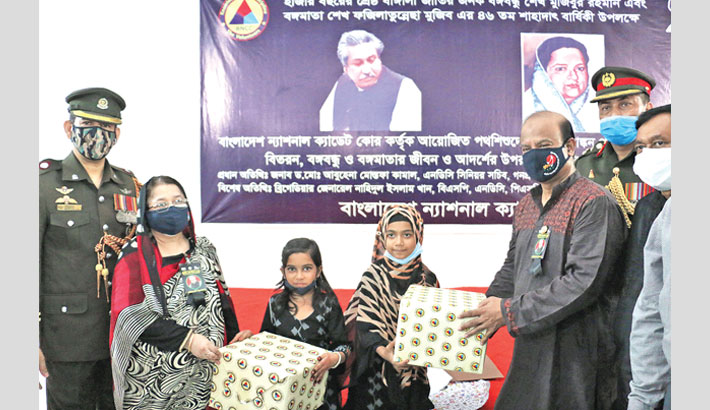 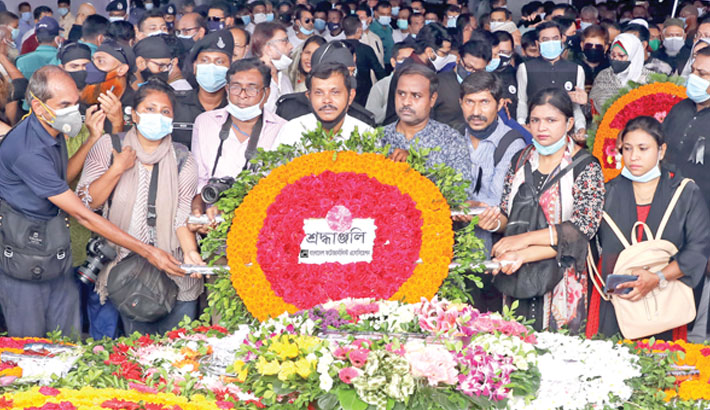 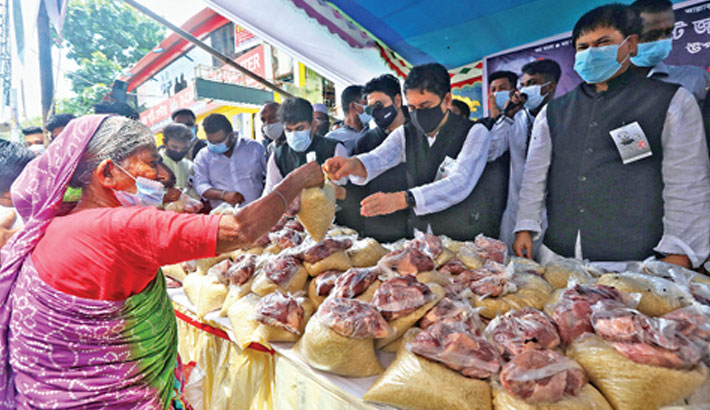 ‘Everyone should work to fulfil health-related commitments’

Do more research on Bangabandhu to keep history alive