Bangabandhu  and Bangladesh are synonymous with one another. They are inseparably intertwined with each other. Many attempts have been made by different quarters and elements to separate one from another, but failed, and in the process, they themselves landed up in the dustbin of history. These heinous elements tried to erase the name of Bangabandhu Sheikh Mujibur Rahman from the memories of the people and also from the pages of history by killing him, all his family members, and close associates. Luckily, two of his daughters escaped death as they were out of the country on that fateful night of 15 August, 1975. Perhaps, this has been the destiny determined by God so that they could play their roles in trying the perpetrators of the gruesome killings years later in the court of law to establish justice.

This delayed trial signifies that in Bangladesh, no one, regardless of how powerful they may be, is not above the law and the people are out there to try them in due course. The life and achievements of Bangabandhu are quite unique in many ways. In fact, there is no parallel to them in history. Great leaders born in many other countries did great things for their people with great sacrifices, but Bangabandhu’s achievements have been all-encompassing and have surpassed all that of theirs. To understand this, one needs to go through the history of the emergence of Bangladesh as an independent state. His greatness lies in the fact that he, in a life spanning only 55 years, could conceive the problems of his people and their future in the state of Pakistan which was created in 1947 by dividing India on the basis of the two-nation theory and chalk out a path of creating a new nation with the help of the people.

He was born in a remote village called “Tungipara” under Gopalganj district, situated in the southern part of present-day Bangladesh. He went to a local school for his studies. It is interesting to note that from his schooldays, he started to take interest in politics. Slowly with time, he rose to the school’s leadership position. When political leaders like Sher-e-Bangla and Huseyn Shaheed Suhrawardy visited the school where he was a student, Bangabandhu mastered the courage to stand before them and pointed out some of the problems of the school. This particular incident caught the eyes and attention of the leaders. In later years, it proved to be a turning point in his life and more to say, his political career. 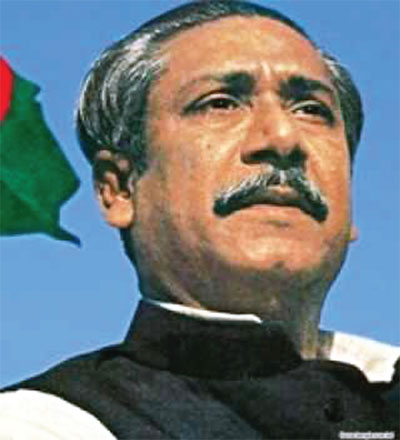 After passing Entrance Examination, he went to Calcutta (now Kolkata) for a college education. He enrolled in Islamia College (now Maulana Azad College). There, he first became a student leader and also an active political worker. In Islamia College, Bangabandhu became very popular among students and subsequently was elected “General Secretary” of College Students' Union. Here, it needs to be mentioned that during those days, movements were going on for the independence of the country, then India, from British colonial rule. The said movement intensified the creation of two countries based on religious divide by partitioning the subcontinent. Sheikh Mujibur Rahman, as a student leader, actively participated in the movement for the creation of Pakistan. This was the time when Bangabandhu developed close relations with his political mentor, Huseyn Shaheed Suhrawardy. During this period, Bangabandhu also involved himself in many voluntary works for the cause of humanity.

In the middle of World War II, a disastrous famine broke out, especially in Bengal, which took the lives of millions of people. Sheikh Mujib involved himself to help the victims of the famines and helped in feeding people in many places in the undivided province of Bengal. Bangabandhu later got involved in tackling Hindu-Muslim riots of 1946. In 1947, Bangabandhu obtained his Bachelor of Arts degree from Islamia College under Calcutta University. In the same year, India was granted independence and subsequently partitioned as two states were created. He came back to Dhaka, the new capital of the province of East Bengal which became a part of the newly created State of Pakistan. After coming to Dhaka, Bangabandhu enrolled at the University of Dhaka to study Law. Soon, the question of State Language came up and it was proposed that Urdu would be the only State Language of Pakistan. The people of East Pakistan protested the move and developed a mass movement. Bangabandhu, as a student leader, played a decisive role in the language movement. The Bengalis just after the creation of Pakistan realised that their interests will never be secured in Pakistan under the leadership of the Muslim League. Realising that grim fact, a new political party called, ‘Awami Muslim League,’ was formed in Dhaka. Bangabandhu joined the new political party and became a leader at a very young age.

This, in fact, decided the course of his political life. Bangabandhu pursued his political career under the leadership of his political mentor, Huseyn Shaheed Suhrawardy, till the death of the latter in December 1963. From then on, he ultimately became the undisputed and paramount leader of the people of East Pakistan. Bangabandhu, with the goal of removing disparity between the two wings of Pakistan, put forward a Six Point demand in Lahore on 6th February, 1966. The Six-Point demand was placed before the meeting of the working committee of the Awami League on 21st February, 1966, and the proposal was accepted unanimously. Plans were chalked out to launch a vigorous movement for realising the six-point demands. This unnerved the Pakistanis. To get rid of him from the political scene permanently, he was implicated in the infamous ‘Agartala Conspiracy Case’ as the main or key accused. However, the people thwarted the unholy design and freed him through a mass movement in 1969. Upon release, he was accorded a public reception and was bestowed with the title of ‘Bangabandhu’. Meanwhile, Martial Law was again introduced in Pakistan. However, under the Martial Law, the general elections were held in 1970 for the Pakistan National Assembly, which was mandated to frame a new constitution for Pakistan. The Awami League won an absolute majority in the Parliament. The military junta hatched a conspiracy to deny the Bengalis under the leadership of Bangabandhu to form the government in the then united Pakistan. Bangabandhu called for a peaceful non-cooperation movement till demands were realised.

On the 7th of March, 1971, he delivered the historic speech at the ‘Race Course Maidan’ (Suhrawardy Udyan) and called for resistance and fight to the last breath for the independence and emancipation of the people and the country. In the midst of these developments, talks were held with Pakistani leaders to find a peaceful political solution. That failed and on the night of 25th March, 1971, the Pakistani military attacked the unarmed people of Bangladesh and started mass killing, rape, and arson. Bangabandhu, in the early hours of 26th March, declared the independence of the country and directed all citizens to fight to the last breath for the independence of the country from Pakistani occupation. After nine months of war, with a massive loss of lives and mass destruction, victory was achieved with the surrender of the occupation forces to the joint command of the Mukti Bahini and the Indian armed forces.

On January 10, 1972, Bangabandhu came back to his people from the captivity of the Pakistanis. From then on, a new phase in the life of Bangabandhu started with new challenges of building a nation. Bangabandhu started from scratch. Within the shortest possible time of just three and a half years, everything that a country needs to survive and move forward was created, framed, established and made functional. As mentioned earlier, Bangabandhu lived for only 55 years. But within this short period of time, what he could achieve has no parallel in history. First, he became a young student leader and a political activist and worked under the leadership of the then senior leaders of the political parties. But, he soon realised, at a very young age, that unless an independent state (Bangladesh) was not be created, the centuries-old problems of the people of this part of the world could not be solved. With this in mind, he first put forward the six-point programme, and then, later on, it was turned into a one-point programme: Independence. At his call, the people fought with their lives and established the country of Bangladesh. After gaining independence, Bangabandhu Sheikh Mujibur Rahman became a nation-builder. He, within a very short period of only three and a half years, established all necessary institutions for a new country to function, including armed forces, rehabilitated the refugees, restored the communication network, rejuvenated the stalled economy for growth and development, and above all, framed an egalitarian Constitution for which the nation should be proud of. Physically, Bangabandhu is no more, but he is firmly entrenched in the hearts and minds of his people. 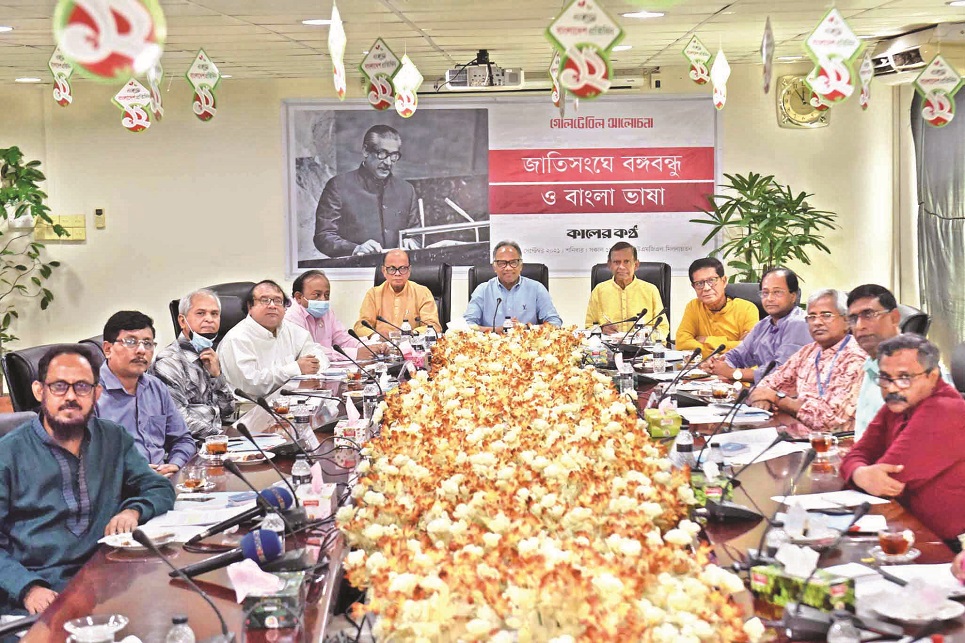 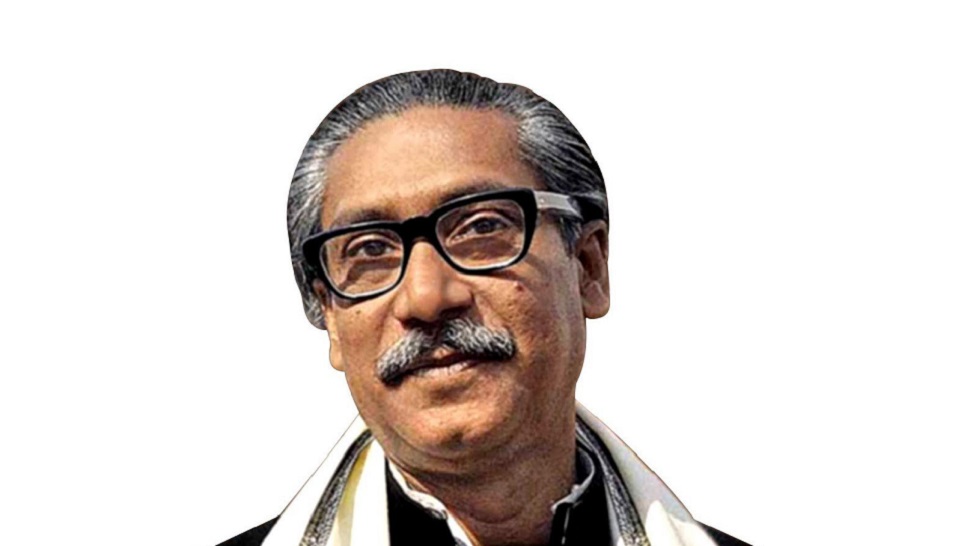