In memory of the Nobel laureate poet, Bangladesh Shilpakala Academy (BSA) has organised a discussion and cultural programme titled ‘Apna Majhe Shokti Dhoro Nijere Koro Joy’. The programme will stream live at the YouTube channel and Facebook page of BSA at 10am today.

Besides, different satellite television channels and Radio stations will air an array of quality programmes all along the day. 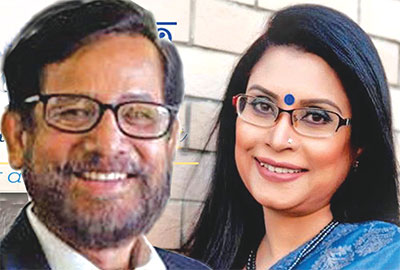 Channel i will also air a day-long programme to mark the Rabindranath’s death anniversary today.

Rownak Hasan and Tareen Jahan starrer drama ‘Modhobortini’ will be aired on Rtv at 08:00pm. 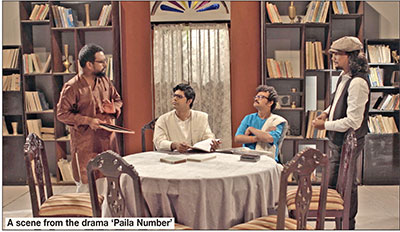 Duronto Television will be broadcast two short films ‘Madho’ and ‘Dakghor’ for children. Both  of the short films have been financed by the Ministry of Cultural Affairs and produced by Bangladesh Shilpakala Academy.

Born on May 7, 1861, Bangla 25th Baishakh in 1268, in the Jorasanko mansion in Calcutta, Rabindranath Tagore requires little introduction.

The poet, novelist, playwright, lyricist has been one of the those few influential figures who provided a definite shape and direction to Bengali literature.

A cultural icon, his work bears testimony to his immeasurable talent and his great foresight. It would not be too far-fetched to claim that the bard has written about every emotion that does exists.

In 1913, he became the first non-European to win the Nobel Prize in Literature for his work, Gitanjali. The beauty of Tagore’s work lies in their undying relevance and their ability to speak to every individual at different age groups.

A Pirali Brahmin from Calcutta with ancestral gentry’ roots in Jashore, Tagore wrote poetry as an eight-year-old.

At age sixteen, he released his first substantial poems under the pseudonym Bhā nu siṃha, which were seized upon by literary authorities as long-lost classics.

As an exponent of the Bengal Renaissance, he advanced a vast canon that comprised paintings, sketches and doodles, hundreds of texts, and some two thousand songs; his legacy endures also in the institution he founded, Visva-Bharati University.

The legendary poet of Bangla literature breathed his last in Kolkata on August 7 in 1941, which falls on Sraban 22 of Bangla calendar.

Homaira, Sumon pair up in a drama after 10 years