Act responsibly to get rid of scourge

Dhaka North City Corporation (DNCC) Mayor Atiqul Islam has requested assistance from city dwellers to get rid of the scourge of dengue fever.

Both government and city residents have a responsibility to deal with dengue, he said.

He was addressing a mass awareness programme against dengue on the eighth day of the anti-mosquito drive in Bhatara area in the capital on Wednesday. Kaler Kantho Editor Imdadul Haq Milan was present on the occasion.

The DNCC mayor said they would increase the amount of fines which is imposed on building owners for having larvae at their houses. 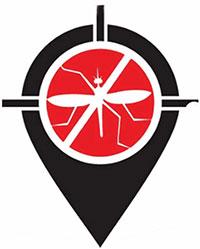 “We are taking legal action against both government and private establishments for having breeding grounds. We will raise the fine gradually,” he said.

A total of 10 mobile courts of DNCC sued 30 buildings owners and imposed a Tk 5.47 lakh fine on them.

Mobile courts of two city corporations sued a total of 53 buildings owners and slapped a Tk 7.75 lakh fine for having Aedes larvae inside the establishments.

The authorities of DSCC and DNCC said that they conducted 22 mobile courts under their respective areas.

Migration to Dhaka a problem for dev work: Taposh

Have you thought about food pairing?