Bangladesh’s power-play woes in T20s continue as they again failed to utilize it against Australia in the five-match T20I series opener at the Sher-e Bangla National Stadium on Tuesday.

The Tigers only could score 33 runs by losing the wicket of Soumya Sarkar during the first six overs in their innings against the Aussies and it wasn’t the first time they failed miserably in the power-play which hurt them in many matches in the format.

Compared to the other cricketing nations, Bangladesh are way behind in using the opening six overs when only two fielders can stay outside the circle.

The Tigers scored 50, 42 and 43 runs respectively during their last three T20s against Zimbabwe and although they managed to win the series by a 2-1 margin, it hardly could justify their approach in the power-play. 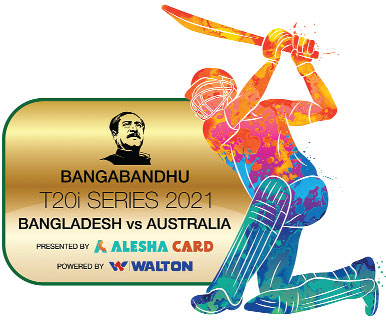 During Bangladesh’s last 10 T20I matches before the Australia series, they could only score 418 runs in the power-plays at an average of 41.8 which hardly can be called enough if any team aims to score over 180 to 200 runs.

Bangladesh opener Mohammad Naim hit a superb six in the second delivery of the innings but the left-hander followed his questionable batting pattern decorated with 17 dot balls in 29-ball 30-run innings.

One of the basic problems with Bangladeshi batsmen at the top is that they are unable to rotate the strike and are often seen spoiling a couple of deliveries by waiting for the loose ball to hit for boundaries.

The likes of Naim, who seemed to have changed his batting to great extent and now seems inclined in staying at the wicket instead of charging from the beginning which can be said to be another reason for not making enough runs in the power-play.

Liton Das is the only batsmen to play in the perfect T20 mode while Soumya Sarkar with all his grace never seemed to be hitting over the top from the beginning.

Bangladesh team management is said to have given Tamim Iqbal the role of the anchor that was played by Joe Root in England but whether it’s the right approach or not in power-play is yet to be determined.

The impact of power-play can be validated through the fact it took Bangladesh 16 overs to go over the six-run per over mark after the first over.

Bangladesh are expected to play the five-match T20Is in low and slow wickets against the visitors as that gives them the best chance to compete with them but the question remains whether the approach in the batting power-play can help them in a good surface in the long run.

Bangladesh head coach Russell Domingo needs to sort out this issue quickly if he wants to see his doing well in the upcoming ICC World T20, scheduled in UAE and Oman in October-November. 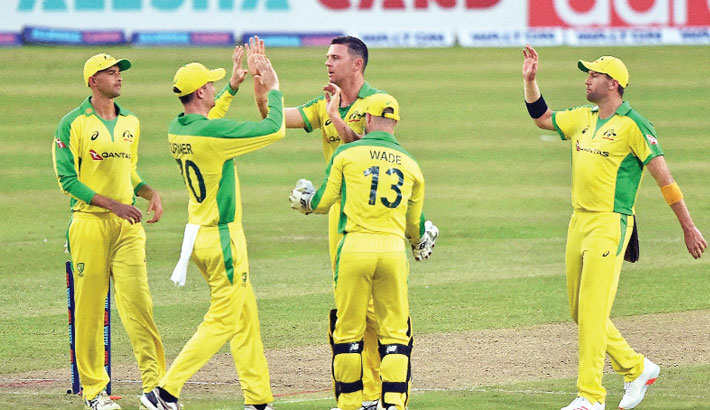 Australian cricketers celebrate after taking a wicket against Bangladesh during their first T20I match at the Sher-e Bangla National Stadium in the capital on Tuesday.     – AFP PHOTO