It’s the second time the trophy was awarded after it was given for the first time at the 2016 Rio Games to Kenyan former Olympian Kip Keino, who opened a children’s home, a school and an athletes’ training centre in his home country.

Yunus, whose pioneering micro-lender has been hailed for cutting poverty across the globe, was honoured for “his extensive work in sport for development", the International Olympic Committee earlier said in a statement.

“I am honoured and overwhelmed to receive this Olympic Laurel. And so sad I can’t be there with you,” Yunus wrote on his official Facebook page on Friday.

“The IOC is taking the social dimension of sports very seriously. You, athletes of the world, can provide the leadership in transforming this world…I wish the IOC success with its mission to help transform this world to a more peaceful world through sport,” he added. 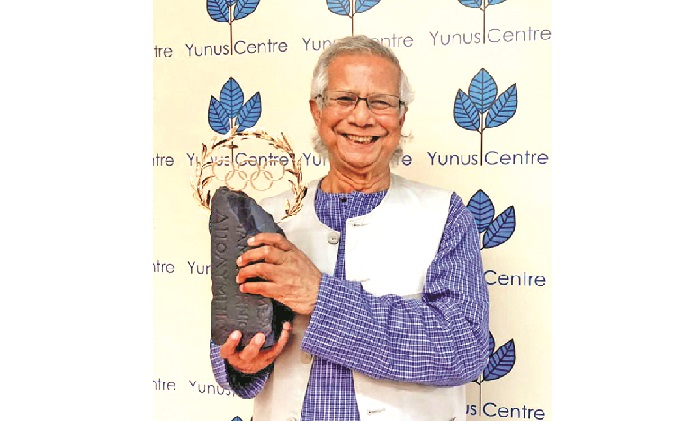