British born journalist Simon Dring was no war correspondent like Cornelyas Rayan, Walter Cronkite or Ernie Pyle (died while covering the Vietnam War). But Simon shot into international limelight during the Bangladesh Liberation War in 1971 when he first broke the beginning of the Genocide unleashed by the barbaric Pakistani Army on the night of March 25/26, 1971, code named `Operation Search Light’ to the world. Considered as ‘Friend of Bangladesh’ Simon Dring breathed his last in a hospital in Romania at the age of 76 on 16th June. But his legacy will remain forever in Bangladesh. Simon was awarded Muktijuddha Maitree Sammannana by Bangladesh Government in 2012 (Friends of 71) with many others who played their roles in the Liberation War of Bangladesh in spite of the fact they were foreigners. 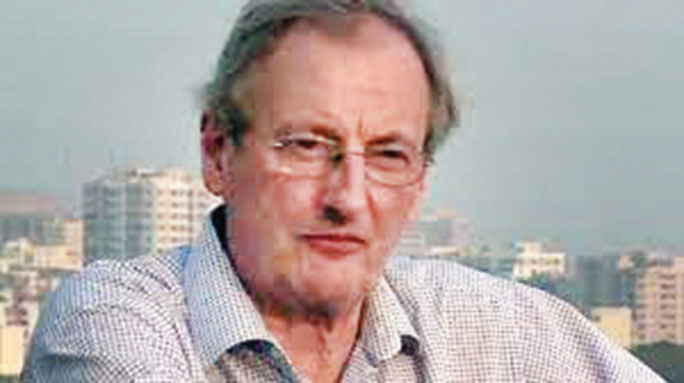 Simon Dring, a London Daily Telegraph journalist was stationed in Cambodia covering the Vietnam War in March of 1971 when his London office asked him to move to Dhaka as Dhaka was going through an unprecedented political turmoil following the postponement of National Assembly sitting scheduled for March 3rd. The decision was unilaterally taken by General Yahya Khan the then Martial Law Administrator of Pakistan. Simon Dring arrived on 6th March from Cambodia. By that time there were approximately 200 foreign journalists in Dhaka covering the fast unfolding political events in East Bengal. For Simon Dring what was happening in Dhaka seemed unprecedented. Virtually Bangabandhu Sheikh Mujib was running the civilian government. In one of his interviews in 2012 he said he went to attend the historic 7th March rally at Ramna Race Course, the day after his arrival in Dhaka. Simon Dring confessed though he could not understand Bangla but the speech, Bangabandhu’s confidence and his body language and the way he finished his speech made the hair in the back of his neck virtually stand up. He was sure that a new history was in the making and he may be a witness to it.

On the night of 26th March the residents of Dhaka Intercontinental Hotel where Simon and other journalists were staying woke up hearing the sounds of guns and tanks. ‘Operation Search Light’ was on. All spent a sleepless night.  Dhaka and adjacent areas were burning, especially the old part of the city and Dhaka University campus. It was a long and fearful night. In the meantime curfew was declared. No one was supposed to venture out of the hotel or from anywhere else. According to Simon Dring in the late afternoon of 26th March one Pakistani intelligence officer Major Siddique (presumably  Major Siddique Salik of ‘Witness to Surrender’ fame) came and announced to all the journalists residing in the hotel that they will be moved out of Dhaka for their personal safety. Simon Dring had the courage to ask ‘is that an order?’ The Major answered in the negative but said it is for the safety of the journalists that they should leave Dhaka. It is an advice. No one knows when these ‘Bangali goons’ would come and kill them, said Siddique. Simon Dring took a chance and decided to stay back. He later found a colleague, a French photographer who worked for AP, Michealle Porone making a similar decision. They hid on the top floor where the hotel’s central air conditioner units were installed for 32 hours while his other colleagues were bundled out and flown out of Dhaka to Karachi. The curfew day was relaxed in the afternoon of 27th. Once the curfew was relaxed Simon Dring and his AP colleague Michaelle ventured out of the hotel in a hotel bakery van, dressed in kurta and pajama to give a local look and see for themselves the carnage ‘Operation Search Light’ left behind. They first stopped at Dhaka University and later went to the old part of Dhaka. To them it seemed like a worst devastation that one could only imagine but would find it difficult to believe. Both took photographs and notes and returned to hotel. The professional part done now the big question was how they get the world know about what happened in Dhaka on that fateful night. Simon packed his belongings, and according to 2012 interview Michaelle put the wrapped films and put it in her toiletry kit while Simon  tucked the notes in his socks and left Dhaka for Karachi in one of PIA flights ferrying Pakistani civilian officials and others to Karachi. From Karachi Simon Dring flew to Bangkok and filed his historic report about the barbaric genocide of Pakistani Army in Bangladesh which appeared in Daily Telegraph of London on 30th March 1971 in the front page of the paper titled “Tanks crush revolt in Pakistan”, and this happened to be the first written account in the international media about the beginning of a systematic genocide in Bangladesh for next months.

Though Simon was born in Britain he made the world his home as a working journalist. He came back to India to cover Bangladesh Liberation War, was in Dhaka on 16th December 1971 to witness the surrender of Pakistani army and was in Dhaka on 10th January 1972 when Bangabandhu returned to an independent nation from the Pakistani captivity for which he dedicated his entire life. Simon witnessed the working of Bangabandhu, a leader larger than life size from very close. He also found time to interview Bangabandhu. Along with the Telegraph he worked for BBC and covered the civil wars in Biafra, Eritrea, Vietnam, and many other conflict areas. But he loved Bangladesh more than anything else and wished to Bangladesh his second home the country whose birth he witnessed. His Facebook Account had his picture with Bangladeshi Flag behind him and when he expired he was wearing an Ekushey T-Shirt.

Till 1996 Bangladesh had only one TV station, the BTV;   whose only task was to act as a propaganda machinery of the government. BTV lost all its sense of creativity and sense of priority. BTV was in a twilight zone compared to its quality of the sixties. In 1996 when Awami League under the present Prime Minister Sheikh Hasina formed the government for the first time after the killing of Bangabandhu on 15th. August 1975 the government as a policy matter allowed the establishment of private TV Channels. The first TV channel to go on air was Ekushey TV under the guidance of Simon Dring. He was given the charge of running the TV channel by the founder of the Koshy A S Mahmud, another legendary entrepreneur in the media world (also founding Managing Editor of the Daily Star). Initially Simon had a big challenge to fix. The country did not have anyone with the experience to be a TV journalist or a reporter. BTV never focused on creating them. But Simon, a young man then, with full of energy and creative ideas was not a person to give up. He recruited a team of hard working young people, rigorously trained them how to work as TV journalists, on the spot reporting, organizing Talk Shows and prioritizing contents in the news bulletins. It was the only TV channel to be inaugurated by the Prime Minister Sheikh Hasina. Soon Ekushey became a household name for its news bulletins, on the spot reporting and organizing TV Talk Shows. It did not shy away about talking about the spirit of the Liberation War, the misdeeds of the previous governments which Begum Zia and her lackeys did not appreciate. Ekushey TV would telecast using both facilities – terrestrial and satellite which meant its reach was better than BTV. This was not something Begum Zia or her lackeys could approve. She was even advised by some senior journalists loyal to her that BTV faced an uneven competition. A case against Ekushey was filed in the Apex court requesting that the satellite facilities of Ekushey TV be shut down. In 2001 Begum Zia along with her four party alliances came to power. The court ordered that the satellite facilities of the Ekushey be shut down. By the next day the government not only shut down the satellite facilities of Ekushey TV but to the dismay of everyone the entire Ekushey TV was taken off the air. Simon Daring’s work permit was cancelled immediately and he was ordered to leave Bangladesh within twenty four hours. Begum Zia’s ‘democratic’ teeth were making its appearance. Orders were even given that no one should see Simon Dring off at the airport. Simon left Bangladesh literally in tears and in salience. Simon came back later after Begum Zia lost the election of 2008 and joined another private TV channel. But his expectation did not match the experience which he had at Ekushey. Soon he left. Because of Simon Daring’s contribution in his own way in our Liberation War he has become a part of our history.

Besides Simon Dring there were other journalists who took Pakistani Army’s genocide in Bangladesh to the world. Journalists like Anthony Mascarenhas (The Rape of Bangladesh), Martin Wollacot, Mark Tally (BBC), Sydney Schanberg, Cyril John, Michele Roberts, Louis Heren (London Times), Colin Smith, Nicholas Tomalin, Lear Levin (American Film Maker),  Nizamuddin (BBC) and  few others covered out Liberation War. Nizamuddin was killed by Al Badars on December 14th 1971. Some of these journalists worked as free-lancers. Many Indian journalists entered Bangladesh with the Mukti Bahini to observe and report their operations. Of them Surajit Ghosal and Deepak Banarjee of Anandabazar Patrika and Amrtitabazar Patrika respectively never returned back, presumably killed by the Pakistani Army.

Bangladesh owes so much for its liberation to so many people of different professions that their debts may never be repaid. They took our war virtually live to the world and convinced the world leaders and the people to change their opinion in favour of an Independent Bangladesh.

Simon Dring, Anthon Mascharehas and few others have left this mortal world. But their memories will live for even. Rest in Peace Simon Dring. 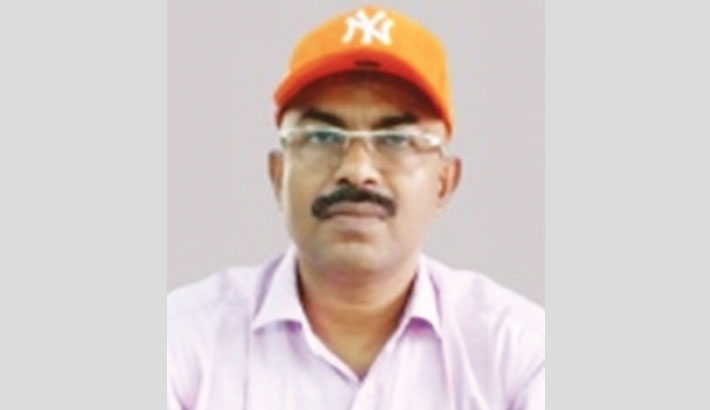