Sheikh Jamal Dhanmondi Club Limited moved to the second position of the ongoing Bangladesh Premier League after they earned a 2-0 win over Sheikh Russel Krira Chakra Limited in their second leg match at the Bangabandhu National Stadium on Monday.

After a barren first half, Gambian duo Sulayman Sillah and Pa Omar Jobe scored one goal each in the 59th and 66th minute respectively.

Sheikh Russel’s Kyrgyz midfielder Bakhtiyar Duyshobekov sent the ball home from a free-kick in the 69th minute but the referee denied the goal due to offside. 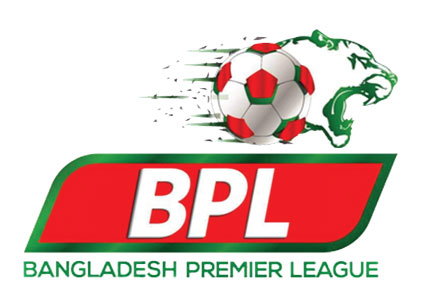 Sheikh Jamal now have 38 points from 17 matches while Sheikh Russel slipped to seventh with their previous 27 points from 18 matches.

In the day’s other match, Saif Sporting Club defeated Arambagh Krira Sangha 4-3 in a thrilling match at the same venue.

Uzbek forward Islomjon Abdukodirov, forward Kholmurod Kholmurodov Ugli and midfielder Arafat Mia netted one each for Arambagh in the match.

Saif SC now have earned 29 points from 18 matches while Arambagh remained at the bottom with five points from 17 matches.