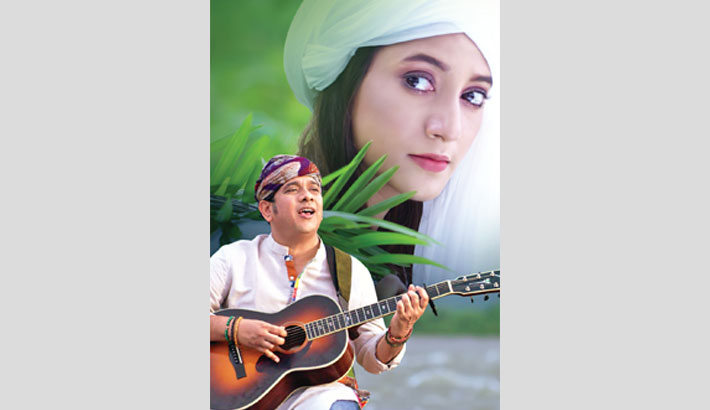 The track has been released on YouTube channel of Sabbir Nasir through a programme held at a restaurant in the capital’s Hatijheel area on Sunday.

A musical film on the same title has also been released to entertain music lovers during the Eid-ul-Azha festival, said a press release.

The song has been written and tuned by Omar Faruk Bishal. Masud Hasan Ujjal is the director and Sajid Sarker is the music director of the musical film.

About the song Sabbir Nasir said, “The lyrics, composition and tune of the track are amazing.  It has been written and tuned by Omar Faruk Bishal. Previously, two songs recorded by me, written by Bishal, namely ‘Amare Dia Dilam Toamre’ and ‘Tumi Dome Dom’, received huge response from the audience. I hope music lovers will also enjoy my new song as well as musical film.”

The musical film was shot at different locations in Sylhet, including Bholaganj and Ratargul. Sabbir Nasir and Neel Hurerzahan will be seen as models in the musical film.