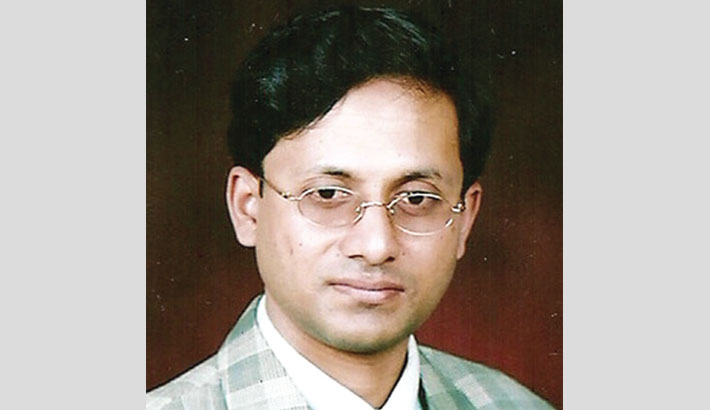 After one year, Eid-ul-Azha has come again in the Muslim society, carrying along with the message of sacrifice. Allah (SWT) gave a dream to his dear friend Ibrahim (AS) to sacrifice his beloved son Ismail (AS) for the sake of Him. Satisfied with the sacrifice and devotion that Ibrahim (AS) set in this ordeal, Allah (SWT) informed him that he had successfully passed the test, and as a reward gave him an animal as a sacrifice in place of his son. Islam has perpetuated this sacrifice of Ibrahim (AS), the father of the Muslim nation, through the rituals of Eid-ul-Azha.

Festivals on specific days play a significant role in human society from time to time to break the monotony of daily life and allow ourselves to share joys and sorrows. Eid-ul-Fitr and Eid-ul-Azha are two universal festivals for the whole Muslim Ummah across the globe. By celebrating these festivals on the same day, all the Muslims in the world re-experience the bond of universal unity, existing among them. Apart from these two festivals, another big festival Pahela Baishakh is celebrated with great fanfare in Bengali society. In addition, many other festivals, big and small, are celebrated, which continue making a significant contribution to meeting the psychological needs of the people of this country.

These religious festivals celebrated in Muslim society have some fundamental characteristic differences from other festivals. Islam does not deny people's need for entertainment, but in the midst of joy, the religion always gives the message that a Muslim is Allah's slave. Through its rituals, Islam wants to deeply root in the mind of a believer that the real joy of a believer is in glorifying the Lord and surrendering to Him with a self-sacrificing mind and asking Him for forgiveness always— when getting up or sitting down, sleeping, dreaming or waking. That is why we see that the Eid day activities begin with the collective surrender to the Most Merciful through the Eid prayers in the morning. In the prayers and before and after, 'Allahu Akbar' voice is resounded all around, glorifying His Majesty's excellence. By sacrificing animals after Eid prayer intending to gaining nearness to Allah (SWT), every Muslim once again declares that all our activities are dedicated to His satisfaction. “Surely my prayer, my sacrifice, my life and my death are (all) for Allah, the Lord of the worlds” (Al-Qur'an 6: 162).

Eid festival is always to mean overflowing crowds of homebound people, in roads, railways and waterways— everywhere, who are eager to share their happiness with relatives and friends. There is an indescribable hustle and bustle everywhere. So much suffering, yet no one regrets this journey of reunion with loved ones. For transport owners and workers, it is an occasion of special annual income. The huge gathering of people for the purchase of animals at Qurbani Hats, roaming around for buying suitable animals and bargaining for the price of animals all inspire a great deal of enthusiasm among the young and the old. The children are overwhelmed to see the animals bought in their own houses and neighbourhoods. For many, processing the meat after slaughtering the animal is an experience only once a year, but there is no lack of enthusiasm. Finally, in the final stage of this arrangement, when the cooked meat of the sacrifice is served, everyone feels like that the much-awaited moment is ultimately here.

In order to make this festival of Qurbani universal, Islam has not only made provision of Eid Jamaat early in the morning with collective participation of all but has also encouraged to divide the Qurbani meat into three portions and distribute two of them among relatives and the poor. It deepens the cordiality among the relatives. The poor and needy get the feeling that this festival is not only for the rich, but they are also equal partners in it.

However, this joyous event of the Muslim community has been fading since the last year due to the Covid-19 pandemic. Let alone celebrating the festival, people are now struggling to save their lives. The worst part of this pandemic is that it imposes restrictions on social interaction. People are forced to live a life of house arrest, willingly or unwillingly.

While man seemed ready to rein in this deadly virus by inventing vaccines in the shortest possible time, it kept continuously changing its form and throwing new challenges. The country somehow managed to push the beta variant on Eid-ul-Fitr. But this time, only the future can tell where Delta variant, which started to rage on the eve of Eid-ul-Azha, will end up.

Since the onset of the Covid-19 pandemic, the original strain of coronavirus has mutated to more deadly strains, which have repeatedly tarnished the apparent success of scientists in dealing with the pandemic in various countries. Notable variants are Alpha or UK variant, Beta or South African variant, Gamma or Brazilian variant and the latest Delta or Indian variant. Presumably, the Delta or Indian variant is the most dangerous variant of this virus so far. Neighbouring India is a vivid example of how devastating it can be.

The Delta variant has come to Bangladesh with a kind of advance notice. When it was rampant in neighbouring India, it was clearly assumed that its spread to Bangladesh was only a matter of time. It was seen that within a short time of its first-ever identification in Bangladesh, this variant initially spread in the border districts of the Khulna and Rajshahi region and then very quickly all over the country. The rate of Covid-19 infections and deaths soon surpassed all previous records. For the first time, the country saw more than two hundred deaths per day in a row. Most worryingly, according to experts, more than half of the infected patients are from rural areas, meaning that the virus has now spread in villages.

The question is: did we have to lack in our planning and preparation? Are we on the right track to deal with the situation? It was reported that the main reason for the rapid spread of this virus was its excessive transmissibility, which suddenly puts huge pressure on the health system of a country by increasing the number of critically ill patients requiring hospitalisation. As a result, the number of general and ICU beds allocated for Covid-19 patients in hospitals is rapidly depleted and, consequently, the number of deaths starts increasing. Experts have also blamed bringing patients from villages to hospitals at the last stage for the increase in the number of deaths. Due to the limited capacity of the country's health system, we needed to focus on preventing the spread of infection from the very beginning. Keeping this in mind, the government has moved in the right direction and imposed lockdown first at the regional level and later across the whole country.

However, we have failed to motivate a large portion of people to take simple but very critical preventive measures like wearing a mask. It is not easy to implement programmes like lockdown in the socio-economic reality of a country like ours. Using facemasks by all the people would have avoided lockdown. We need to think more seriously about why we failed to achieve the expected success in ensuring facemasks use. Many feel that this requires the involvement of mass people, including socio-political activists, at the local level, in addition to the administrative system, which apparently we are still taking lightly. The same goes with the repeated failure in achieving adequate success in lockdown attempts. As it turns out, just days after the lockdown begins, it becomes largely limited to just shutting down public transportation. In many cases, it became difficult to find signs of lockdown in alleys, except main roads.

The successful implementation of lockdown has been hampered by the lack of a clear plan to support low-income people, many of whom have to live on their daily incomes. Another shortcoming of our preparedness for dealing with the Delta variant is the inadequacy or, in some cases, a total absence of required health infrastructure with general and ICU beds for the treatment of coronavirus-infected patients at the district and upazilla level. It has now become one of the priorities due to the large-scale spread of the disease in rural areas. One more thing is also important. According to experts, it is essential to quickly bring most people under vaccination to prevent mutation of the virus. Sadly, we were offered an opportunity to prepare some foreign vaccine right here in this country, but we lost it due to our callousness. Attempts are on to make vaccines on the private level in the country as well. There too, we have failed to attach due importance.

After a two-week 'strict lockdown', the government has lifted it for a week, in consideration of the upcoming Eid festival celebration and accompanying economic activities like buying and selling sacrificial animals. Although there was no better alternative for the government to balance life and livelihood, the current pandemic situation is not conducive at all to such a decision. It is difficult to say what effect the Eid Jamaat, Qurbani Hat and the two-way flow of people between town and village on the occasion of Eid will have on the Covid-19 situation in the end. Given the decision to impose lockdown again after Eid, policymakers must come up with a definite plan to provide financial assistance or interest-free loans to low-income people. Seemingly, the loss of livelihood that is forcing these people to sit on the street is evading our eyes.

Eid greetings to all. Eid Mubarak.

The writer is a Professor and the Chairman of Department of Pharmacy, Jahangirnagar University