Riding on rail to a prosperous future! 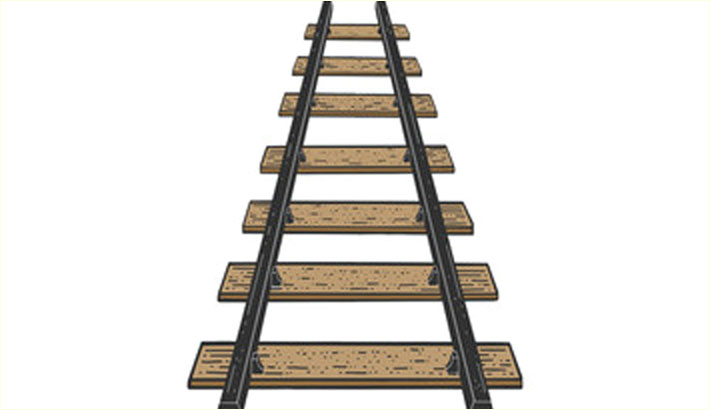 The government has taken a massive move to upgrade the railway network of the country as within the land communication system, the railway sector is considered as the safest, comfortable, affordable and environment-friendly means for transporting passengers and goods.

Considering the importance of railways as a means of public transport in meeting the demands of the country’s large population , the government has been taking a range of steps to ensure balanced and integrated development of the sector, reports UNB.

As part of the 30 year revised master plan (2016-2045) of Bangladesh Railway, Cox’s Bazar, Mongla Port, Tungipara, Barisal, Chattogram Hill Tracts and other parts of the country will be brought under the railway network. The plan spans the period earmarked for Bangladesh, having graduated to become a middle-income nation, to take the next step and becoming a prosperous nation (Vision 2041).

Under the master plan, 230 projects will be implemented in six phases at a cost of Tk. 553,662 crore (5.5 trillion)- nearly the size of the entire national budget passed recently for the current fiscal (2021-22).

According to an official document, the government is going to construct 798.09 km of new railway lines, 897 km of dual gauge/double railway lines parallel to existing railway lines.

Apart from these, construction and modernization of 160 new locomotives, 1,704 passenger coaches, procurement of modern maintenance equipment, improvement of signaling system at 222 stations, strengthening of railway management and financial management development activities will be done.

All these activities will be done under the 8th Five Year Plan  (2021-2025) , which targets 8 percent GDP growth on average over the next five years. and reduce the poverty rate to 15.6 percent at the end of this period.

A train named ‘Mitali Express’ was inaugurated on March 27, 2021 to carry passengers on the Dhaka-Chilahati-Haldibari route between India and Bangladesh.

Six new trains have been introduced on different routes, and an agreement has been signed to purchase 150 passenger coaches.

The approval of the revised manpower structure with 47,703 posts in the organogram is in the process, which will enhance the quality of service offered by BR, the document stated.

In addition, the document said, implementation of the Jamuna Rail Bridge and Rupsha Rail Bridge projects are at an advanced stage.

Projects have been taken up to establish Padma Bridge Rail Link, to link up with the Trans-Asian Railway and Regional Railway Network, and connect nearest suburbs with important cities like Dhaka, Chattogram, Rangpur, Dinajpur, Sylhet, etc. by introducing improved commuter train service.

The Trans-Asian Railway network, which was initiated in the 1960s, comprises 114,000 km of rail routes of international importance. It aims to offer efficient rail transport services for goods and passengers within the ESCAP (Economic and Social Commission for Asia and the Pacific) region and between Asia and Europe.