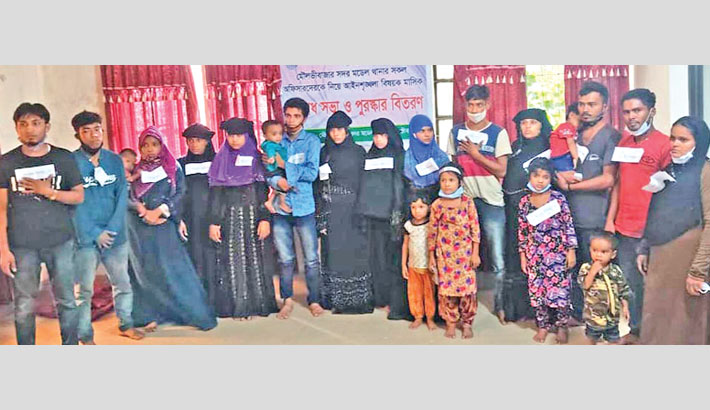 MOULVIBAZAR: Police have detained 21 Rohingya peple including woman and children, who entered Bangladesh from India, on Saturday morning.

Additional Superintendent of Police of the ditrict Sudarson Kumar Roy said the police detained from Moulvibazar bus stand area in the morning and after interrogation their identities were confirmed as Rohingya.

During the preliminary interrogation, they said that they had entered Tripura in India from Myanmar first and then Bangladesh. They had entered Bangladesh through the Prithimpasha border of Kulaura upazila and from there came to Moulvibazar, he added.

Legal action will be taken against them according to the law after completion of , said Additional SP of Moulvibazar.

Earlier, on 3 July, Moulvibazar police detained 14 Rohingyas who had escaped with family from the Rohingya camp in Cox Bazar. Later they were sent back through Ukhia police station.