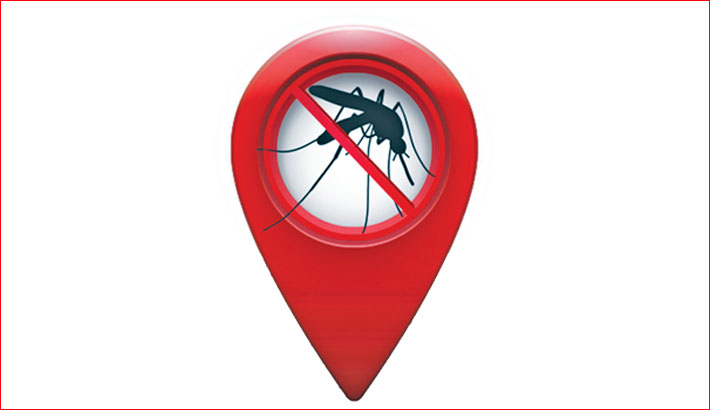 The number of dengue patients is increasing at an alarming rate in the capital in spite of anti-mosquito drives and public awareness programmes carried out by the authorities concerned.

Experts warned that the dengue menace cannot be curbed if the Aedes breeding grounds are not destroyed.

According to the Directorate General of Health Services (DGHS), the highest 79 dengue patients were admitted to different hospitals in Dhaka on Thursday and the number of patients was 63 on Friday while one of them died with dengue symptom so far this month.  A total of 70 dengue patients were hospitalised on July 12, 48 on July 13 and 68 on July 14 in the capital, said the DGHS data.

According to the data on Friday, a total of 314 dengue patients were being treated in 41 government and private hospitals in Dhaka while four others outside the capital.

According to the information from DSCC and DNCC, they sued 183 people for finding Aedes larvae or congenial environment for mosquito breeding in their establishments and houses. The offenders were also fined Tk 31 lakh and one of them was jailed for three months, according to the city corporations. DSCC filed 72 cases during the anti-mosquito drive conducted from July 8 to 14 and imposed fines of Tk 20 lakh while DNCC filed 111 cases, realized Tk 11.72 lakh in fines and jailed one for three months during the anti-mosquito  drive, which started on July 10.

Officials of DSCC and DNCC said that city dwellers are not learning a lesson from the punishment; mosquito larvae were found in the same establishments whose owners were punished earlier.

She said, “We are finding the mosquito larvae repeatedly in the same building even after slapping fines. Today, the mobile court imposed fine on the owners of two under-construction buildings. We slapped one of the owners in April for the same offence.”

DNCC also fined some building owners one more times for the same offence.

Talking to daily sun, noted entomologist Dr GM Saifur Rahman said the city corporations couldn’t reach the Aedes breeding sites and destroy them. This is the reason for surge in the dengue cases.

“The city corporations should indentify the Aedes breeding grounds by applying various methods, including setting trap in the multistoried buildings. They should ensure the cleanliness and spray pesticide in the 100 meter radius of breeding sites.”

He also advised the city corporations not to impose fine on residents rather teach the technique to identify Aedes and destroy the insect. “The city corporations cannot reach the Aedes breeding sites as city dwellers are not allowing them to inspect due to Covid-19 situation and the fear of penalty by mobile court,” he alleged.

DNCC chief Health Officer Brig Gen Md Zobaidur Rahman said, “The rate of dengue cases is normal for now as the dengue menace started in June. We have stepped up our efforts and visiting city buildings and neighborhood to trace the Aedes breeding grounds.”

He also said that they were conducting public awareness programme besides the regular mosquito control activities for curbing the hike of dengue cases.

DSCC Mayor Sheikh Fazle Noor Taposh on Wednesday said the number of dengue patients is decreasing in the capital due to stepping up their efforts to control the Aedes mosquito.

Taposh said, “Earlier, only two executive magistrates conducted mobile courts; now we have assigned our zonal executive officers to the task. Now, nine mobile courts are being conducted and we are getting the result.  We have to know that the number of dengue patients is in the decline.”