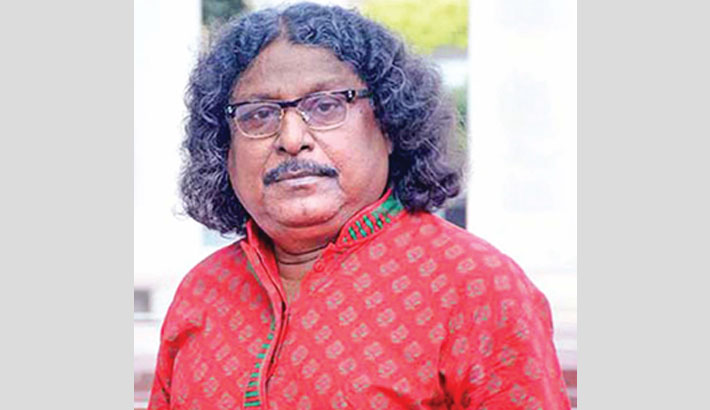 Eminent folk singer Fakir Alamgir, who has been infected with Covid-19, was admitted to the Intensive Care Unit (ICU) at United Hospital in the capital on Thursday night.

Fakir Alamgir’s wife Suraiya Alamgir confirmed the matter to the media on Friday. The singer’s family has urged his fans and well-wishers to pray for his early recovery.

Fakir Alamgir started his music career in 1966. He played an important role as a member of Kranti Shilpi Gosthi and Gono Shilpi Gosthi, during the mass upsurge in 1969.

Alamgir has also worked with Swadhin Bangla Betar Kendra during the Liberation War. He is the founder of the cultural organisation ‘Wrishiz Shilpi Gosthi’. He has also served as the president of Gono Sangeet Shamanya Parishad.  Some of his notable songs are ‘O Sokhina’, ‘Shantahar’, ‘Nelson Mandela’, ‘Naam Tar Chhilo John Henry’ and ‘Banglar Comrade Bondhu’.

Alamgir is also a writer. He published his first book ‘Chena China’ in 1984. His next two publications were ‘Muktijuddher Smriti Bijoyer Gaan’ and ‘Gono Sangeeter Otit O Bortoman’. So far, he has published nine books.

He was awarded Ekushey Padak in 1999 by the Government of Bangladesh.