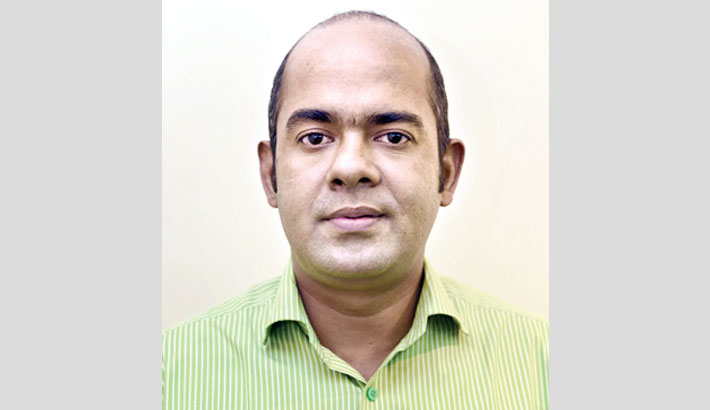 The Tokyo Olympic Games 2020, an exuberant quadrennial affair of a major international multi-sport event, is all set to kick off in the third week of this month. Amid rising concerns and uncertainties about its fate because of the resurgence of Covid-19 infections, the Tokyo 2020 Olympic Games, as its name suggests originally mapped out for the year 2020, was put on hold in March last year and was finally rescheduled for 23 July this year. It is arguably the greatest show on earth in terms of its volume, investments, diversity and power to engage world communities. From athletics to equestrianism, shooting to golfing, sailing to cycling, weight lifting to wrestling, boxing to swimming, the drama unfolds as records are shattered, medals are awarded. Thousands of the world’s greatest athletes, setting their sights on winning the medals, push themselves to feats unimaginable to ordinary mortals.

The Tokyo 2020 Olympic Games will feature a record 33 competitions and 339 events held across 42 competition venues. About 11,000 athletes from all four corners of the world are expected to arrive in Japan. The number of athletes is larger than the 10,500 athletes in Rio de Janeiro, the last edition of the occasion. As the host, Japan will field 582 athletes, media reported. What sets it apart from all previous occasions is that the games will be in progress amid an unprecedented pandemic that is wreaking havoc across the world.

While the Olympic games per se has a long history and rich tradition on its own merits, this time it will definitely witness a break with some of the traditions and rewrite the history. For the first time in its history, the games will carry on with no on-field spectators as the Japanese organiser recently announced that spectators will be banned from most of the events under the fourth state of emergency in Tokyo. It on a latest release, however, made an exception that spectators up to 50% of venue capacity and not more than 10,000 people will be allowed into venues located in Hokkaido, Miyagi, Fukushima, Ibaraki and Shizuoka.

Despite all the predicaments, the Tokyo segment of the Olympic torch relay reportedly set out with a small-scale ceremony for the passing of the torch at Komazawa Olympic Park. As a matter of fact, the Olympic Torch Relay is an important part of the build-up to the Olympic Games. The idea behind the relay is to bring the Olympic flame, which is the symbol of the Olympics, to the people of the host nation by travelling to different cities. The three-sided shape of the flame has a special significance to the Olympic Games for several reasons. The flame stands for the three qualities of peace, unity and friendship between the nations of the world. In addition, there are three words in the Olympic motto: faster, higher, and stronger.

It goes without saying that when it comes to technology, Japan is streets ahead of most countries. So, the Tokyo Olympics will see some state-of-the-art technologies in use. As climate change is contributing to extreme weather worldwide, Japan is also experiencing soaring temperatures in recent times. In order to take the sting out of this situation, it has developed mist-spraying and heat-blocking technologies. It also has intended to deploy robots for helping visitors to the 2020 Tokyo Olympics with language translation.

What is more, as a part of its commitment to presenting a ‘green’ Olympic to the world by harnessing its technological prowess, all the medals of the 2020 Olympic and Paralympic Games in Tokyo are claimed to have been made from recycled electronic waste. In 2017, a project aimed to make medals from cent percent recycled products, including old smartphones and laptops,  got off the ground to collect 30.3 kg of gold, 4,100 kg of silver and 2,700 kg of bronze to implement the scheme, as per the organizers.

Nevertheless, anti-epidemic measures may stand out ahead of or during the event. According to Japanese government regulation, an Olympic-related person who arrives in Japan in July must take two nucleic acid tests within 96 hours before boarding; a virus test will be also conducted at the airport when entering Japan. During the Tokyo Olympics, all athletes must be tested daily. Even if the test of one member of a foreign delegation comes back positive, the entire team will be quarantined in a single room in the hotel until they are confirmed healthy.

It is to be noted that at the heart of a mega event of Olympics’ likes are millions of in-person visitors, who give a thumbs-up to or cheer on the participants to stay upbeat. They also help the host nation to rake in multi-million dollars from ticket sales. Sadly, with the recently announced almost full-closure to domestic fans, observers say the economic loss for Japan will be colossal. Media reported that the Japan Olympic Committee is aiming to earn around 90 billion yen ($800 million) in ticket sales, but now it would be close to naught. Besides, sponsors have also expressed dismay. Citing sources, Reuters said Tokyo Olympic sponsors are cancelling or scaling back booths and promotional events tied to the event.

In all fairness, holding a global sports event of gargantuan proportion like the Olympic Games in a full-blown pandemic time and making it big is indeed a tall order. Now Japan has dared to take the challenge by giving the green light to it, all countries should be more cooperative and lend it a hand to tide it over in case any difficulties crop up in the process.  Overall, the prevailing epidemic has given rise to a further polarized world by creating lacunae among nations. How the sports events like the Tokyo 2020 Olympic Games pan out to help bridge the chasms and forge a common bond between worlds communities remain to be seen.