Bangladesh: Education in the Doldrums 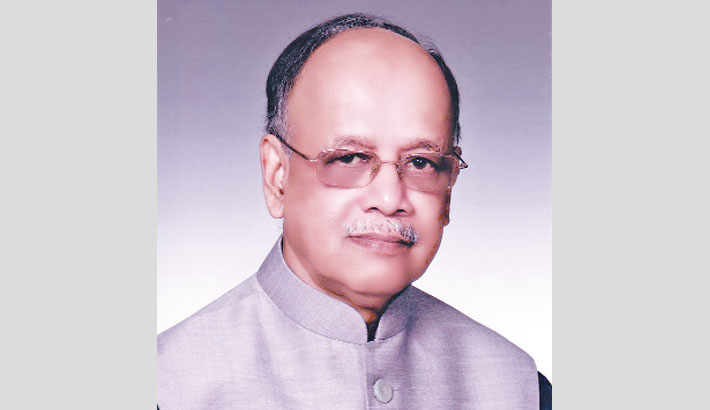 Reshmi Khatun is a student of 12thClass in Coochbihar, India. On 15th July she wrote a commentary in one of India’s largest circulated Daily Anandabazar Patrika titled: ‘HS Results: For rest of our life we will be branded as passing out without exam.’ (HS Result: mviv Rxe‡bi g‡Zv Mv‡q webv cixÿvq cvk Kivi Qvc c‡o †Mj).Õ Reshmi did not hide her disappointment, frustration and disgust. She mentioned that thousands of people attended the state election rallies disregarding all Covid-19 precautionary protocols but when it came to re-opening schools or conducting exams the authorities were either inactive or  were less innovative. Reshimi was echoing the voice of millions like her in Bangladesh. The current ‘Korbnair Hat’ may trigger a new bout of catastrophe in Bangladesh too. On 12th July UNICEF and UNESCO urged governments all over the world to prioritise the safe re-opening of schools in order to avoid a ‘generational catastrophe’. No sooner the appeal was made, the important policymakers in Bangladesh’s Education Ministry announced that the government was eager to reopen the educational institutions. However, it will not do so now due to the high transformational rate of coronavirus. It will be only be re-opened once the transformational rate drops below 5 per cent which is now on an average above 35 per cent. The remarks were made immediately after UNICEF Executive Director Henrietta Fore and UNESCO Director-General Audrey Azoulay issued a joint statement to prioritise the reopening of schools. The UNICEF and UNESCO’s joint statement reads:  ‘This should not go on. Schools should be the last to close and the first to reopen.’ Since the outbreak of the pandemic 19 countries, Bangladesh being one of them, never attempted to reopen the schools affecting 156 million students. Even in India classes in 9th to 12th grades were ordered open but once the fallout of ill-conceived election timing began taking its toll they had to discontinue this effort.  UNICEF-UNESCO’s joint statement continued saying ‘schools were closed while bars and restaurants remained open and said longer the losses that children and younger people will incur losses from not being in schools may never be recovered. From learning loss, mental distress, exposure to violence and abuse to missed school-based meals and vaccination or reduced social skills, the consequence for children will be felt in their academic achievement  and societal engagement as well as physical and mental health’. 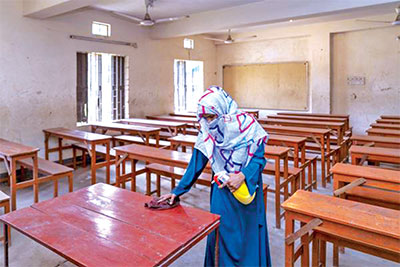 In Bangladesh attempts were made to keep the school students engaged in learning through TV, not realizing that many families cannot afford to have access to TV. From my personal experience it can be safely said that this attempt in most of the cases have become farcical. At the higher level in schools and colleges, assessments were based on ‘assignment’, a poor attempt indeed in Bangladesh. The policymakers perhaps are not aware that such ‘assignments’ in many places can be purchased in grocery stores. The students who would finance their studies through private tuition many of them are now working overtime to write assignments for their juniors. Hypothetically if a student is required to do assignments as is common in many renowned universities and institutions of higher learning in western countries the assignments to be of any value will necessitate use of library facilities and other references.  Are our students trained to do this?  And what about the facilities and access?

The UNICEF-UNESCO report said that ‘the losses for parents and caretakers are equally heavy. Keeping children at home is forcing parents around the world to leave their jobs, especially in countries (like India or Bangladesh) with no or limited family leave policies. That’s why re-opening schools for in-person learning cannot wait. It cannot wait for cases (Covid-19) to go to zero. There is clear evidence that primary and secondary schools are not among the main drivers of transmission. Reopening schools cannot wait for all teachers and students to be vaccinated. With global vaccine shortage plaguing low and middle, income countries, vaccinating frontline workers and those most at risk of severe illness and death will remain a priority.’

On Thursday the Education Minister announced that SSC and HSC examinations will be held under short syllabus in the second week of November and first week of December respectively. The Minister also said if this plan does not work ‘we have two options to assess the students. The SSC candidates will have to submit 22 and HSC candidates 30 assignments and they will be judged based on the quality of assignments. The Minister also announced that if that is not possible they will be assessed through ‘mapping’ (previous exam). Many such decisions were made since the break of pandemic but none seemed to work properly as they did not seem very practical. The better option perhaps would have been using all types of educational institutions, from primary schools to universities to conduct the exams with shortened examination hour and slashed syllabus. Currently colleges are used for HSC exam centres and schools for holding SSC examinations. If necessary, Community Centres could also be requisitioned. The Public Service Commission or some private institutions like banks can use all such centres for conducting their recruitment examinations it should not be difficult to ask all the educational institutions to come forward to help conduct the examinations. In the meantime all the adults including teachers should be ensured that they get at least the first dose of vaccine. They should be treated as frontline workers and it should be seen that all health protocols are maintained. Extraordinary problems need innovative solutions. So far we have not seen that happening.

Regarding reopening primary schools it is unrealistic that the schools will be only be reopened once Covid-19 pandemic loses steam (transformation rate dropping below 5%). This I do not see that happening in near future. The decision to relax or withdraw the ‘strict’ lockdown for the Eid-ul-Azha may worsen the situation and witness a catastrophic scenario according to the public health and medical experts. One should not be surprised if people are found dying on the streets while being carried to hospital or waiting in front of a hospital to get a seat. All concerned in imparting the education getting the vaccine and contamination level going down and then deciding to reopen all schools is not only preposterous but absurd too. On an experimental basis few schools in remote rural areas (like in char areas) can be re-opened in shifts, vaccinating the teachers and adult staffs on a priority basis. In rural areas school-going children are often seen playing games in school fields or swinging in ponds. Why can’t they be brought to schools making necessary changes, if necessary in school routine and syllabus?

As of now, the future of a generation seems murky and many would not return to schools even when they re-open. This will happen more in the case of girl students. Already child marriage has multiplied. The economic downturn will recover in a short period of time as happening in many developing countries but the loss to education is a loss never to be recovered. It is a colossal loss to the nation. The time when Bangladesh is expected to turn into a middle income country or developed country, the country in general may lie in the hands of a bunch of mediocre people with below average intellectual ability. The big question perhaps is whom do we blame for this? Surely not the students.