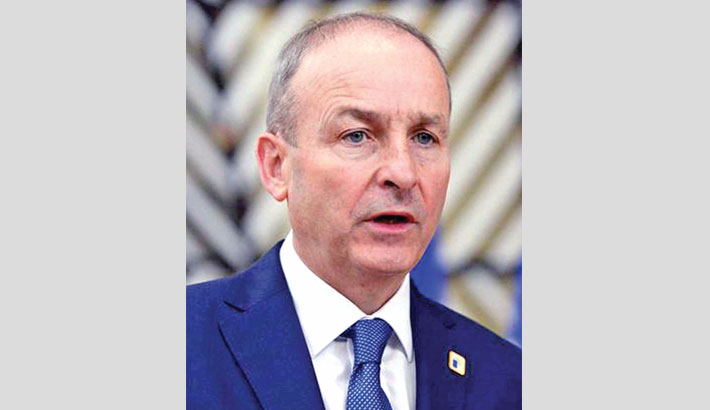 DUBLIN: The Irish government on Friday rejected UK plans to halt prosecutions linked to past bloodshed in Northern Ireland, demanding a joint approach that prioritises the relatives of victims, reports AFP.

Britain this week promised a statute of limitations to end prosecutions over unrest dating from “The Troubles”, whether blamed on paramilitaries or on UK security forces, angering all sides of the conflict.

“Our view is very strongly that unilateralism doesn’t work in terms of the implementation of the Good Friday Agreement,” Irish prime minister Micheal Martin told reporters, referring to the 1998 peace pact.

“There has to be a consensus-based approach, and all of the parties in Northern Ireland are united in their opposition to the decision that has been taken, and I think the British government need to reflect on that and on the process.”

Britain’s Northern Ireland Secretary Brandon Lewis on Wednesday said the legislation would apply to “all Troubles-related incidents” and was needed as current prosecutions were “far from helping, and are in fact impeding, reconciliation” in the UK-run province.

Former soldiers, veterans groups and their supporters have been sharply critical of continuing prosecutions with defendants now well into old age, and evidence from the time sketchy or now deemed legally unreliable.

The leader of the pro-UK Democratic Unionist Party, Jeffrey Donaldson, called the move “offensive” for ruling out prosecutions of “those cowardly terrorists who hid behind masks”.

But pro-Irish nationalists were also angered, along with relatives of people who died at the hands of British troops or police in Northern Ireland during the three decades of conflict.

John Teggart, whose father was one of 10 people killed during unrest in the Ballymurphy area of west Belfast in 1971, said London’s proposal was a “cynical... plan to bury its war crime”. Martin said the views of victims’ relatives should be “uppermost in our minds”.

“They feel betrayed now, they feel let down,” he said, speaking alongside the visiting president of the European Commission, Ursula von der Leyen. The plan has compounded tensions between London and Dublin with the two sides also at loggerheads over a special protocol governing post-Brexit trade in Northern Ireland.

Von der Leyen insisted the European Union had shown “flexibility and pragmatism” in applying the protocol while also protecting Northern Ireland’s peace accord.

“The protocol is important, the Good Friday Agreement is paramount, and therefore I cannot imagine our British friends will not show the same flexibility that we have shown,” she said.

But the UK has been maintaining a hard line and plans to submit new proposals about the protocol before its parliament breaks up for the summer on July 22.