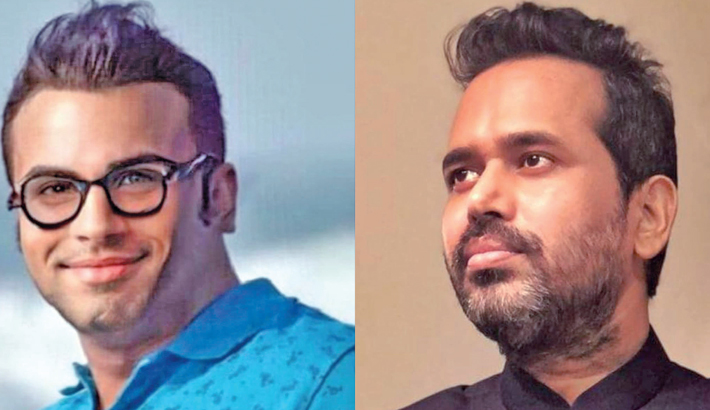 Anurup Aich is a popular lyricist of the country. He has cemented his position as a lyricist by penning songs for several popular singers, including, Ayub Bachchu, James, Momotaz and Hasan.

Under the banner of ‘Gaan Baksho Music’, the song was released on Thursday.  Singer Sanyat Sattar has lent his voice to the song.  Sanyat Sattar also has composed and directed the music of the track.

Talking about the song, Anurup Aich said, “I had a long cherished desired that I will released an   English song on international platforms. Through the ‘Love Blinded’, my dream has came to true. It has been possible only for Australian music distribution company ‘Gaan Baksho Music’. I acquainted with Sanyat Sattar through ‘Gaan Baksho Music’. Sanyat Sattar has an acceptance in international area. I’m very happy that I’ve worked with the talented artiste. I hope the audience will enjoy the song.”

Sanyat Sattar said, “Anurup Aich is a popular lyricist of the country. Many singers have got popularity by lending their voice to Anurup’s songs. I’m also very happy for this song. I hope the song will get huge response from the international audience. I also thank to ‘Gaan Baksho Music’ for this song.”