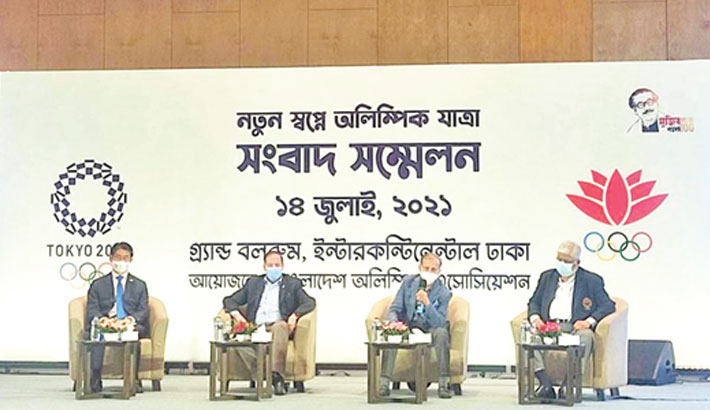 Bangladesh Olympic Association on Wednesday said that they are hopeful about their archers and shooter performing well in the upcoming Tokyo Olympics and ending their long quest of winning an Olympic medal.

“We always have a dream of winning an Olympic medal. In the last two or three years, we have had several record-breaking international achievements in archery. We have also directly qualified for the Olympics this year. All these things create hope among us,” said BOA Secretary General Syed Shahed Reza in a pre-tour press conference at a city hotel.

“We have the same expectations in the shooting. Baki (Abdullah Hel) is a potential athlete and he has vast experience of playing in big competitions. If the things favour him, he can achieve something big for us. But we will not put any pressure on them. We just want to see them giving their best in Tokyo,” he added.  BOA will send an 18-member contingent, including six athletes and 12 officials, to Tokyo.

BOA Vice-President Sheikh Bashir Ahmed will be the Chef-the-mission while BOA selected swimmer Ariful Islam as the flag bearer as two premier athletes – Ruman Shana and Abdullah Hel Baki -- will be busy with their respective events during the opening ceremony.

Three officials have already left Dhaka on Wednesday while the Chef the mission will go on July 18.

“We have big expectations from archery, but I have instructed my archers not to take any pressure on them. The expectations grew because we have all 10 gold in SA Games, we have two medals -- silver and bronze -- in the world cups and gold in Asia Cup,” said BOA treasurer and Bangladesh Archery Federation General Secretary Kazi Rakib Uddin Ahmed Chapal.