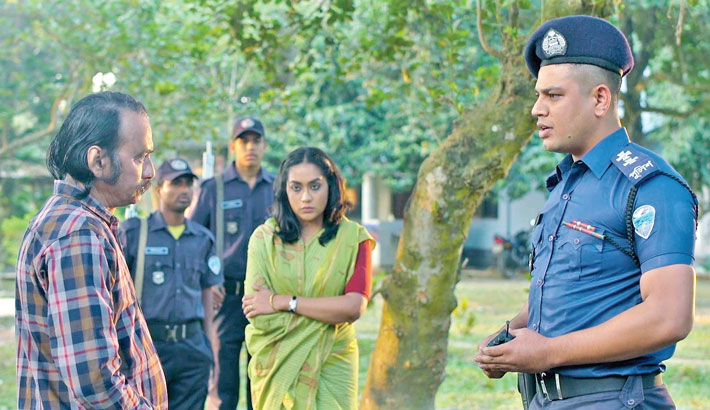 Salauddin Lavlu is a noted small screen director and actor of the country. The talented artiste has presented many popular dramas and serials to the audience.  Lavlu now will be seen in a single episode drama titled ‘Amar Bou commissioner’. National Film Award-winning actress Zakia Bari Mamo has paired up with Lavlu in the Eid special drama.

In the meantime, the shooting of the drama has been completed at a location in the capital.

Sezan Noor has written the drama while Shakal Ahmed and Raihan Khan have jointly directed the play.

The story of the drama revolves around a man named Khairul whose wife Deepa is an elected ward commissioner. Khairul has been engaged in different types of corruptions. He takes money from local people in the name of settling dispute among them. He also hides relief materials as a result many poor people of the village deprive of relief. Thus, Khairul passes his days in the village happily.

One day, Khairul’s wife Deepa came to know the matter that his husband is a corrupted man. Then, Deepa hands over Khairul to law enforcing agency. Thus, the story of the drama continues…

The drama ‘Amar Bou commissioner’ will be aired on Rtv at 11:30pm on the sixth day of Eid-ul-Azha.