Dhaka University in the Emergence of Bangladesh – Last Part

History of Bangladesh Is Partly the History of DU 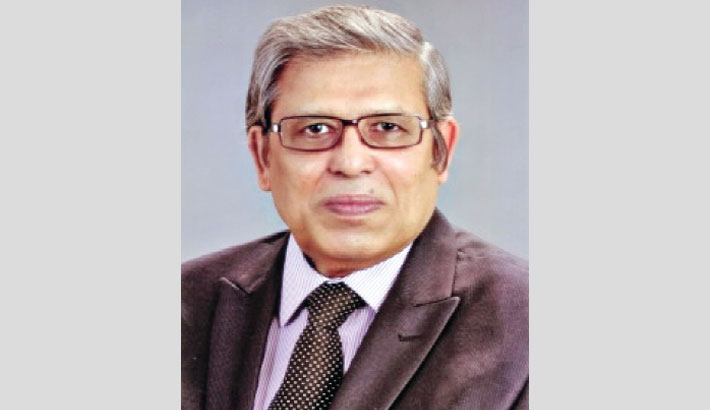 We can also add up the first female student of Dhaka University - Leela Nag who was a brilliant participant in the independence movement of India. Her distant successors having honourable participation in the Language Movement had unfortunately only a marginal role in the Liberation War. However, we could find out just one female of Dhaka University named Suraiya Akhter Helen of sociology department who received martyrdom, although many more sacrificing their lives in the Ruqquaih Hall remained undisclosed. A celebrated lady named Jahanara Imam has a place in the history of Dhaka University who symbolises the mother of martyred warriors.

We should have also added the names of all martyred students and staff of the university to convey our gratitude. We should have provided the list of 129 teachers who gave statements in the newspapers; moved a motion for total emancipation. Time and space did not permit us.

The heroic deeds of every one mentioned earlier get somehow blurred when we consider the nefarious and disgraceful activities of some of the alumni and of some current students of 1971. The name of Dr. Syed Sajjad Hossain, Vice Chancellor of Dhaka University, comes first followed by Dr. Hasan Zaman of Political Science (brother of martyred professor Muniruzzaman), Dr. Mohar Ali of History, U.S. Sabbir, Dr. Kazi Deen Mohammad of Bangla and Dr. Mostafizur Rahman of Arabic were all die heart opponents of the liberation War. They are mentioned as disdainful elements. 11 teachers and three officers, namely Dr. Syed Fatima Sadiq of Urdu, Dr. Mir Fakhruzzaman of Psychology, Dr. M.A. Jabbar of Pharmacy, Obaydullah alias Ashkar Ibne Shayek of Statistics, Shamsul Islam of Physics, Afsar Uddin of Sociology, A.K.M. Abdur Rahman of Mathematics, Khwaja Ghulam Asghar Bhat of History, Aftab Ahmed Siddiqui of Urdu and Persian, Atiquzzaman Khan of Journalism, A.K.M. Shahid Ullah of Political Science along with Colonel Motiur Rahman, Director Physical Education, Akhtar Imam Provost of Rokeya Hall, Dalil Uddin, caretaker of the University were stated to have played dirty roles. The general allegations brought against them were the signing of the statements supporting misdeeds of Pakistan authority, participating in propaganda work on behalf of the Government of Pakistan, especially trying to justify the massacre in a  statement in the `Times of London’, celebrating various national days of Pakistan, exposing teachers of the university who participated in the war; compelling many to attend classes, conspiring to thwart the war along with the military rulers, enthusiastic handing over to military authorities the teachers or students pursuing liberation war, circulating statements opposing the liberation war, playing the role of the guru of the `Hing Ting Chhot’ program, playing the host of Sat-Satero program on radio and television. A teacher of Psychology Department was instrumental in converting Purna Datta, a Hindu teacher into Muslim and giving him the name of Parvez Dara.

Some of these people gave moral and economic support to the Islami Chhatra Sangha in the killing of intellectuals. Among the notorious student elements were Chowdhury Moin Uddin and Ashrafuzzaman, Motiur Rahman Nizami, Ali Ahsan Mujahid, Quader Mollah and Salah Uddin Quader Chowdhury. Ghulam Azam and Farid Ahmad were once involved in the progressive movement in Dhaka University. Both of them were accused of promoting anti war phobia. Other prominent alumni found collaborating with Pakistan were stated to be, among others, Abdul Halim, A.H.M. Mostafa Kamal, Khawaja Golam Akbar, Mohammad Nasiruddin, Laila Arzumand Banu, Shyek Sharfuddin, Hamidur Rahman. After the Victory Day, Dhaka University teachers met in a meeting, described the horrible tales and demanded the trials of leading collaborators of the university.

Except the above dirty players, it will be clear from the earlier discussions that the role of Dhaka University in our liberation struggle and liberation war are unique and un-parallel. There is hardly any university in the world with alumni or current students having made such significant contribution in promoting nationalism, creating general sentiment to wage war and fight to the point of victory. So, it would not be an exaggeration to say that the history of Bangladesh is partly the history of Dhaka University.

a former student and teacher of

Dhaka University, who participated in the Liberation War receiving