Measures to Save Our Music Sector 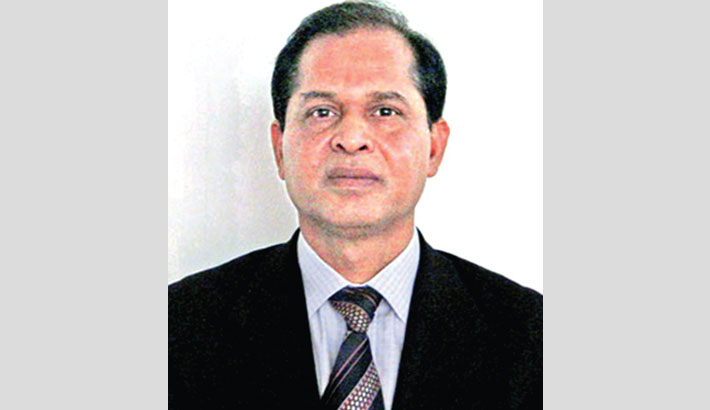 It might be a curiosity, why music is so important in our life and livelihood. It would certainly be difficult to find out a person who does not like music.  In fact, heroism, love, desertion, sorrow, happiness and the surroundings are constantly affecting people's consciousness and emotions. Naturally, all these are expressed in one’s speech and behaviour. And in this way, literature and art were created whenemotions and feelings were expressed in language. Music is, obviously, a part of those.

There is no way to deny that our feelings have an intimate relationship with music. When a person immerses himself in the depths of music, he can find the door to another world. That is why the realization of musicshowsa person the path to the spiritual world. People can purify themselves by responding to this call for self-purification. We can notice its impact on the lives of Sufi saints in this subcontinent for generations.Music keeps our minds and brains fresh and active. The role of music in strengthening the concentration of our mind is unimaginable.

Since last few years, I have been feeling, as a music lover, an urge to write something on Bengali music, particularly about the present situation of Bengali music and the people involved in it. To enrich my level of knowledge on music, I wentto the Public Library at Shahbagh twice where I was able to find only 7/8 books on the history of Bengalimusic. I was a little bit disappointed, but at the same time consoled myself that at least there was something.

We know, we have music institutions including music departments in someuniversities, which are richin higher level of teaching capacity in music. In addition, a good number of our singers have their higher degrees from India, particularly from Visva-Bharati University, Shantiniketon. Their contribution to our music is difficult to ignore. We always realize their very lively and sincere presence in our music field. Not only the singers, but the composers or lyricists are also found very active and sincere in their respective areas. However, it is difficult to understand why they are not so much interested in writing books and articles on Bengali music.I strongly believe that they are capable of enriching this sector by adding new aspects and innovation ofmusic. I hope, the enthusiasts would come forward and share their thoughts, creation and concerns with us.

Bengali music comprises a long tradition of religious and social activities-based song-writing over a period of almost a millennium. The tradition of classical music, whether vocal or instrumental, was established in theoldenperiod of this subcontinent. It has been developed with incredible tolerance and enthusiasm by dedicated musical performers through hundreds of years. Through patronization of a number of rulers of this area, Bengali music got the opportunity to flourish. The role of the song-writers at different times, in fact, facilitated the path to carry on their music to the present generation.Anyway, it needs further research to find the undiscovered potentials of Bengali music.

The music of Bangladesh is passionate, elate and sentimental. Our music, particularly patriotic songs, had inspired millions of people during our historic War of Liberation in 1971. Developing along two trajectories- classical and folk, Bengali music between 19th and 20th century had a major evolution. Itevolved as the country went through major social and cultural transformation.

We see that with changing socio-cultural dynamics, the modern or contemporary music started getting its new look with the emergence of a number of band groups in Bangladesh. In addition, the rise of internet has brought different countries, cultures and people closer than before. Bangladesh, like many other countries, has become a part of that cultural globalization.Nowadays, one can findeasily mixed bags of songs and music, old and modern, local and western including music instruments.

We have a good number of dedicated singers, composers, lyricist and instrumentalists in variousgenresof music, like classical, folk or modern and contemporary. However, there are constraints for which they have to fight always for their livelihood, both physical as well as professional. Professionalism does not come over a night without very hard practice and devotion. As attaining perfection in music is a matter of long process, there comes the question of physical survival until a singer reaches that stage.

Most of the singers, lyricists and composers are employed in other professions and they consider music as a part-time or side-linework. I have seen a good number of them are suffering from monetary problems, who are not engaged in any other business or profession. In fact, majority of our singers and composers get very meagre honorarium that can hardly fulfil their urgent needs. Despite a rapidly evolving scenario, which is brimming with many opportunities, artists and other entities involved in the music sector are still struggling to create regular sources of earnings. Truly speaking, people will not believe if I disclose how much honorarium I get, as an enlisted lyricist, for a song from BTV or Bangladesh Betar.

It is true that our government or its sponsored organisations and institutes organise musical programmes while observing some special occasions concentrating RabindranathTagore, Nazrul Islam or others as well as Pahela Baishakh (Bangla New year), Independence Day and Victory Day. Private organisations are also seen following such activities on those occasions.

Bangladesh’s presence in global music platform is not satisfactory. We do not see any such participation of the Bangladeshi singers at the international music festivals, except a few cultural troupes, funded by the government of Bangladesh, are sent abroad to perform. ThoughBangladeshi diaspora in different countries sometimes organise cultural programmes or concerts and bring music team from Bangladesh, butthose programmes are organized either through some local sponsors when funds are raised by selling tickets or Bangladeshi organisations bear the costs. We see such initiatives only where there is a big concentration of Bangladeshiexpatriates.

The days of musicians earning money from record and merchandise sales rarely exist now (royalty might be an exception).Though there areattempts, particularly from private sector,to promotemusic festivals and competitions across Bangladesh, but one can count the number by one’s finger. Sometimes, we see different corporate houses in the country signing up senior and young artists as brand ambassadors. Some singers are also found engaged in earning using various internet platforms, like YouTube or web-page.

It is felt that government’s sincereand direct intervention to meet the on-going challenges might bring fruitful outcomes. Private initiatives, on the other hand,though fluid, but should be encouraged to come forward to contribute in enriching the music sector. Also, cooperation from foreign music entities to promote our culture, including music, might be an excellent idea and be welcomed. Even, regional collaboration in this field might contribute a lot to enriching and spreading our music among other nations, which can also strengthen people-people contacts and understandings. Above all, we can avail an excellent opportunity for better exposure of our music as well as our countryto the world community under the cultural agreements we have with so many countries.

A public-private partnership might be a better tool to chalk-out a yearly schedule for organizing music festivals/competitions all over Bangladesh, at least at the district level in all three major categories - classical, folk and modern. Such festivals could be organized for a period of three weeks from the last week of December to the second week of January. The participating artists and others might be encouraged with some financial benefits or prizes.

Music downloading, recording and consumption have become easier than before, whichare leading to high piracy and unauthorized copying thatdeceives theartists from their benefit. This goes in direct violation of Copyright Act 2000 under Bangladesh law. The economic losses due to piracy are enormous. The artists get no benefit, government loseshugerevenue, economyis deprived of new investment and consumers get less choice. Stricter law enforcement, consumer awareness and above all, cooperation from the people involved in music sector might help a lot in reducing these activities. Bangladesh government needs to implement Intellectual Property Regulations as per the Agreement on Trade-Related Aspects of Intellectual Property Rights (TRIPS).

We hope that our government, private organisations and music lovers of Bangladesh would come forward with their all-out cooperation and stand by these people. At the same time, my earnest urge to our singers, composers, lyricists and instrumentalists that do not lose your patience and devotion in contributing your creation to enrich the Bengali music.

The writer is a lyricist and former