Cedric to host the mega event 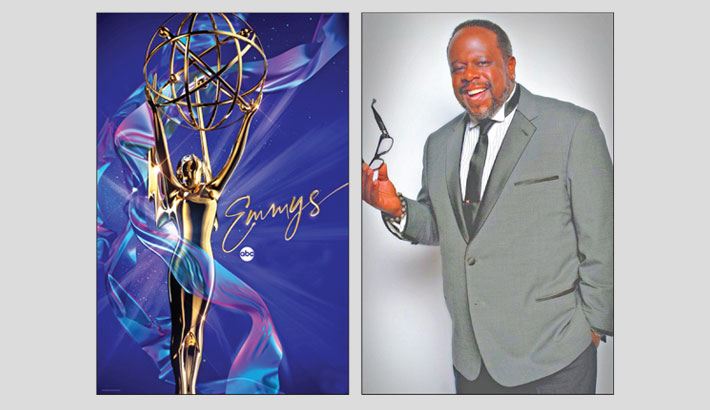 American actor Cedric Antonio Kyles, better known by his stage name Cedric the Entertainer, will host the 73rd Primetime Emmy Awards as the event returns to a live show this year, reports PTI.

Organised by CBS and the Television Academy, the ceremony will be held on September 19, according to a press release.

This will be the first stint of Cedric the Entertainer, star of hit CBS comedy series "The Neighborhood", as the Master of Ceremonies for the event.

"Since I was a little boy huddled up next to my grandmother, television has always been my reliable friend, so it is an enormous honor for me to host this year's Emmy Awards," said Cedric the Entertainer in a statement.

In its 2020 edition, Emmy telecast was the first of Hollywood's major awards ceremonies to have a virtual format amid the coronavirus pandemic.

This year's telecast will return to a live, in-person Emmy Awards Ceremony at the Microsoft Theatre with a limited audience of nominees and their guests.

"We are honored that CBS and the Television Academy have given us the opportunity to produce our fourth Emmys running and, once again, celebrate television's biggest night with a live audience. We are equally excited to 'get the band back together,' for the second time, with the mega-talented Reginald and his crew at Hudlin Entertainment," said Ian Stewart, Executive Producer and President, Done+Dusted.

Hudlin said he is very excited to be returning to the Emmys.

"Last year, the restrictions of Covid freed me and the awesome talents at Done+ Dusted to do a show that was different than any other award show. We don't plan on repeating ourselves, but we certainly want to try some new ideas that could only be done on the Emmys," he added.

The 2021 Emmys will air on the CBS Television Network and will be available to stream live and on demand on Paramount Plus.