Dhaka University in the Emergence of Bangladesh – Part- VIII 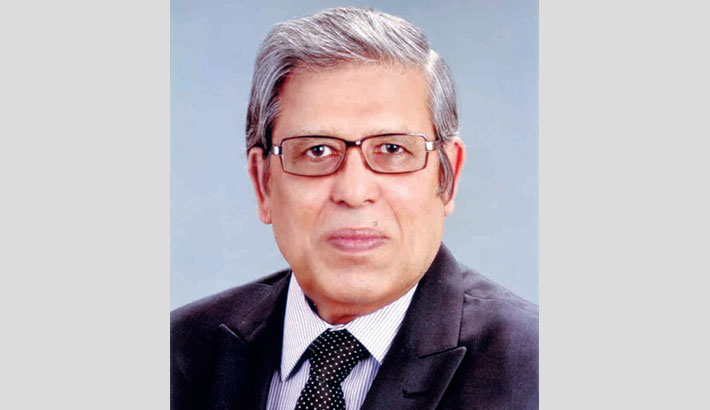 It is possible to divide the teachers of Dhaka University into several segments during the liberation war. Some of them crossed the border and participated directly or indirectly in the liberation war. The other segment helped the liberation war from within the country and some of whom were killed by Al Badr. Others expressed no confidence in Pakistan without joining the work in the university. Some were already abroad and helped the liberation war in various ways. There were some who rejoined Dhaka University just to aid the guerrilla warfare. It may be recalled that weeks before the start of the war, on March 3, 1971, some teachers at Dhaka University resolved to have independence instead of pursuing the six point program. As many as 129 teachers made statements in the newspaper urging transfer of power. A chunk of them organised themselves into Think Tank to advise Bangabandhu in preparing the critical speech of March 7, 1971. A handful of them led by Abdul Mannan Choudhury protested against the filthy report in the Observer newspaper by setting fire to some of its copies openly. Another segment sensed genocide and sent telegram to Mr. U. Thant-the Secretary General of the United Nations Organisation at that time.

Role of Dhaka University Teachers across the Border

Among the teachers of Dhaka University, Ajay Roy of Physics, Abdul Mannan Choudhury and Shahid Uddin Ahmad of Management; Tapas Kumar Bose of Accounting, Rangalal Sen of Sociology, Khan Sarwar Morshed of English, Noor Mohammad Mia of Public Administration, Zillur Rahman, Zainal Abedin of Political Science crossed the borders at different times and played multiple roles. Some former students of the university at that time worked in Chittagong University like Dr. Anisuzzaman, Syed Ali Ahsan, Mohammad Abu Zafar, Azizur Rahman Mallick; and Dr. Mazhrul Islam, Qazi Abdul Mannan, Ghulam Murshid, Mosharraf Hossain of Rajshai University, also got involved in the Liberation War by crossing the borders. Many teachers encouraged their students to play their due role by recruiting other students, looting of weapons, collecting explosives and cooperating with armed freedom fighters in carrying arms, arranging hideouts, food and transportation. Some teachers set glaring examples of defying the Pakistan Government and lent support to the war. Dr. Enamul Haque, Dr. Abu Mohammed Habibullah, Munir Chowdhury, Dr. Neelima Ibrahim, Dr. Sirajul Islam Chowdhury were among those who received warning from the military authority, or got rusticated from membership of the syndicate of Dhaka University. Of them, Dr. Kudrate-e-Khuda, Dr. Enamul Haque and Muzaffor Ahmad Chowdhury were replaced by Dr. Osman Gani, Justice Muhammad Ashir and Jalal Uddin Ahmed. It was found that Osman Gani kept on pushing aside interest of Bengalis till the last day of Pakistan beginning from the Language Movement.

A total of 52 teachers and employees were temporarily expelled by the government. Dismissed teachers had a hard time receiving financial help from some other colleagues who also collected funds, medicine and clothes for the fighters and exchanged vital information for tactical action.

Dhaka University in the Ancillary Role

During the liberation war, at least 51 weeklies were published from within Bangladesh or across the border. The editors and publishers of all of them as well as the place of their publication were often pseudonyms. Let's start with Jai Bangla. The weekly published from Noagaon was edited by bank officer Mohammed Gul Haider. Gul Haider changed his name to Rahmatullah. Later on, Awami League leader Abdul Mannan took over the editing of the weekly. Needless to say, both were Dhaka University students. Abul Hasan Choudhury was the editor of the weekly Bangladesh. This was his pseudonym. In fact, it was Abdul Mannan Choudhury who used to write the editorial in addition to his direct participation in the war. The other names he used for publishing and column writing were respectively Abdul Momin Choudhury and Mozammel Huq Choudhury. The editor of ‘Ranaangan’ was Ranadoot who was actually a student of Dhaka University, namely poet Rafiq Azad. Moreover, Amir Hossain, editor of Banglar Bani on behalf of Sheikh Fazlul Huq Moni, Professor Muzaffar Ahmad editor of New Bengali and Ferdous Ahmad Koreshi of Desh Bangla were former students of Dhaka University. It may be mentioned that as head of National Awami Party, Ahmed was a member of Central Advisory Committee of the Mujibnagar Government apart from his role as a senior director of NAP-Communist party’s armed contingent. At that time Dhaka University was the oldest university in the country and it was just a hot-bed of political activities that led to the growth of nationalism. It is not even surprising to note that Poet Shamsur Rahman, former student of Dhaka University, had the glaring record of sending his poems to Swadhin Bangla Betar Kendra for recitation or publication in Calcutta although he was working as editor of Dainik Pakistan at Dhaka.